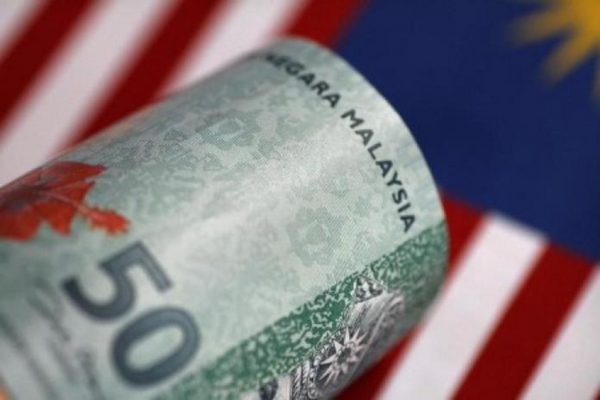 A cost of living crisis, a pandemic, global geopolitical and recessionary risks, an impending election – these are arguably among the most fraught times to draw up a budget in recent memory. In addition, households are still reeling from the economic effects of the lockdowns of 2020-21, such as growing underemployment, poverty and inequality.

With this in mind, Budget 2023 is where the hard work to rebuild and restructure the economy has to begin. While the previous budget prioritised emergency spending at the height of COVID-19, our view is that the coming budget should focus on robust economic development in a sustainable manner in line with REFSA’ s own long-term research themes.

Previous statements and the 12th Malaysia Plan (12MP) also highlight sustainable development, but proposals thus far have largely remained statements of intent. With the 12MP approaching its halfway point in 2023, it is past time to start introducing concrete measures. The pandemic has taught us some hard lessons about the need for resilient and caring societes, and we now need to apply these learnings to the existential challenge of climate change. We have also seen the compounding effects of inequality, and the value of a solid social safety net, both items meriting further attention.

On the other hand, the time for unlimited fiscal spending is also past: subsidies should be better targeted, and new sources of revenues created. With the global economy returning to post-pandemic levels of activity and trade, there is a sound foundation for growth in the Malaysian economy. But fiscal support needs to stay robust as there remain major global headwinds that threaten our recovery, such as growing concerns over inflation as well as the dampening effect of rising interest rates in the US and other major economies, not to mention a sharp increase in geopolitical tensions, with the assorted uncertainty.

This balanced mix of short-term recovery funding alongside longer term considerations of reform and resilience is also prominent in the Ministry of Finance’s (MoF) 2023 Pre-Budget Statement (PBS) released in June. It should not therefore be a surprise that we are broadly in agreement with it, although perhaps with different emphasis in places.

How exactly Budget 2023 will balance the competing objectives of continued support and the growing need for sustainable spending is a fundamental question. The PBS states that the government will continue to implement measures aimed at improving Malaysians’ income and social protection while simultaneously ‘consolidating’ its ‘fiscal position’. Yet these are essentially two contradictory goals, with REFSA taking the view that full-scale consolidation should come in the medium-term towards the mid-2020s once recovery is more comprehensive. Therefore, the budget needs to clarify how it intends to extend support for households without prematurely pulling the rug from under the people’s feet. At the same time, it is worth introducing measures that we can expect to increase the government’s revenues and nudge people to change behaviour.

Two areas are of particular interest to us:

According to the PBS, Budget 2023 will include a ‘green growth and sustainable development’ pillar. This is a forward looking move, but more concrete proposals to turn Malaysia into a greener society are lacking.

In order to accelerate this necessary transition, we propose that MoF begin studying the feasibility of implementing a carbon tax as part of Budget 2023. The 12MP has called for a ‘study’ on ‘the most suitable carbon taxation system to incentivise the right behavioural changes’, yet two years since the 12MP’s inception, there is still no evidence of any concrete feasibility study in this regard.

To address concerns over the potentially regressive nature of the tax, the revenues can be redistributed to B40 households in the form of rebates, the mechanism of which was discussed in a Penang Institute report. In this way, a carbon tax provides a budget-neutral way to increase subsidies to the neediest, while incentivising positive behavioural change in society. At the end of the day, with the five-year plan entering its third year, now is the right time to champion this study and ensure the 12MP’s discussion on sustainability is not just greenwashing.

REFSA also calls on the government to introduce a voluntary carbon market (VCM) as soon as possible. Budget 2022 called for the launch of a VCM under the auspices of Bursa Malaysia in order to allow polluting companies to pay for excess carbon emissions through the purchase of carbon credits. At its essence, the sale of carbon credits, which can be supplied by intermediaries, agencies or the government, usually goes towards financing carbon reduction activities given specified criteria. As a voluntary mechanism and a transitional step on the path to compliance-driven policies like the carbon tax, it should not be contentious to implement, yet even as we approach Budget 2023, this item from last year’s budget is still not in effect. Bursa Malaysia simply announced that it would be launched ‘later this year’ without a clear timeline in mind.

Additionally, following the thriving implementation of our sustainability sukuk, and Budget 2023’s promise to prioritise sustainable financing, there should also be increased allocation for our Ecological Fiscal Transfer (EFT), which is paid out to states to keep protected areas untouched. While there was an increase in the EFT to RM 100 million in 2022, environmental activists state that this remains insufficient to incentivise reforestation and preservation. The EFT is also an important tool in strengthening decentralisation as it gives states the right to gazette areas they consider to be important for monetary compensation.

Taking a cue from the pandemic, building up our resilience to climate change is also part and parcel of the sustainable development agenda. This includes investment in critical infrastructure such as waterways, sewers, flood defences etc., as well as disaster recovery and support plans. As we have seen during the pandemic, states are often able to react more quickly and more effectively than the federal government to developing critical situations, because they are closer to the local conditions. Building on the EFT, Budget 2023 should therefore take the opportunity to put further long-term financing mechanisms in place to enable states to carry out these functions, effectively a form of decentralisation.

It is important to remember that pro-green policies do not have to come at the expense of the fiscal balance. Addressing the overly broad petrol subsidies is another measure that combines a positive effect on the environment and fiscal sustainability. The PBS highlights that “more than half of subsidies provided by the government have benefited the T20 group.” The petrol subsidy, whose cost to the government has ballooned in the past year amid rising oil prices, undoubtedly accounts for the largest part of this. Removing it altogether would address this issue and also discourage driving. As a replacement, lower income groups could receive higher cash payouts, or vouchers for transport-related costs, for instance.

In the PBS, the government has said that it is planning to make subsidies more targeted. This is in line with REFSA’s own push for subsidy rationalisation, and we look forward to seeing how Budget 2023 will make this happen.

Inclusiveness is repeated several times throughout the PBS, with the MoF aiming for a ‘fair and equitable distribution of wealth’ in Budget 2023. While this is well intentioned, it is important that we ask just how far the next budget will go in promoting the 12MP’s agenda for truly inclusive growth.

At present, the PBS only alludes to the high-level targets of better allocated development resources and digital infrastructure. To this end, there is no mention of more concrete measures to (i) reduce urban and rural poverty, and (ii) increase value addition in the manufacturing and service sectors in line with states’ differing comparative advantages, especially in East Malaysia and the east coast.

While it is important to bridge the growing digital divide between urban and rural areas, it is by no means sufficient to ensure that economic activity, along with the prospects for prosperity, is not simply concentrated on the west coast of Peninsular Malaysia. For one, the MoF’s definition of ‘better allocated development resources’ in Budget 2023 must be multidimensional. In other words, to improve the playing field for the poorer states, Budget 2023 needs to tackle a wide range of challenges in line with Chapter 7 of the 12MP on enhancing socio-economic development. At the most fundamental level, there should be policies to improve basic infrastructure, including access to primary and secondary education as well as healthcare and road transport, in rural communities in East Malaysia. At the same time, there must be a concerted effort to diversify sources of income there through training programmes aligned with industry players’ demands, capacity building measures, entrepreneurship schemes, microfinancing opportunities and more.

In addition, inclusive development is not just geographical in nature — it also covers the labour dimension among others. In this regard, another major challenge that Budget 2023 needs to address is graduate underemployment. Since the start of the pandemic, the number of individuals with skill-related underemployment rose by 10% from 1.64 million in Q1 2020 to 1.8 million in Q2 2022 according to the Department of Statistics Malaysia’s July 2022 Labour Force Report. Put simply, there is a sizable and growing cohort of young people with tertiary qualifications who cannot find jobs that match their level of education or skills.

Previous budgets have created an ecosystem of policies to reduce unemployment but underemployment has not been given enough attention. The government has proudly declared, for example, that the JaminKerja scheme will create 600,000 jobs. That being said, it is important to ask about the quality of these new jobs, how sustainable these jobs are, how many remain employed after the end of the scheme and whether the salaries on offer are commensurate with the beneficiaries’ qualifications.

Admittedly, underemployment is a structural issue that will take time to fix. However, Budget 2023 is a good place to start. What this means is that we must start setting up long-term policies focusing on improving productivity, value addition, attracting high-quality foreign direct investment that builds local talent and decent jobs as well as harnessing the benefits of automation and Industry 4.0.

Finally, an inclusive society cannot leave our gig workers behind. Budget 2022 made some headway towards formalising the gig economy, including expanding the coverage of social protection under the Social Security Organisation (SOCSO). But moving forward, as REFSA has previously highlighted, the next budget will do well to keep the momentum going, particularly in terms of ensuring automatic enrolment under the Employees’ Provident Fund as well as providing employment insurance under the Employment Insurance System.

By investing in these initiatives, the government would be sending a strong signal that it is committed to furthering the sustainability agenda. They would go a long way towards strengthening our resilience and securing our long-term prosperity in an increasingly uncertain world.

Read our media statement in Bahasa Malaysia and Chinese (to be added).