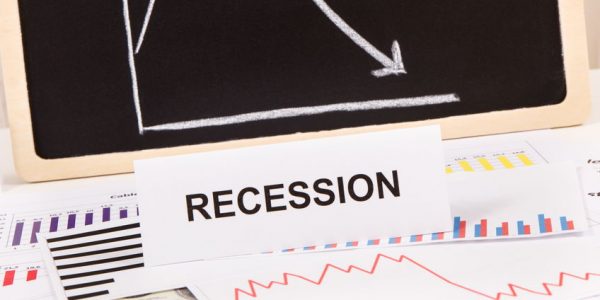 How do you read and understand the unemployment statistics?

Malaysia’s unemployment rate came off of a peak of 5.3% in May 2020 to 4.9% in June and 4.7% in July. While this is good news, we shouldn’t take the headline number alone as cause to celebrate. It is important to look behind the headline and understand the quality of the jobs being created. 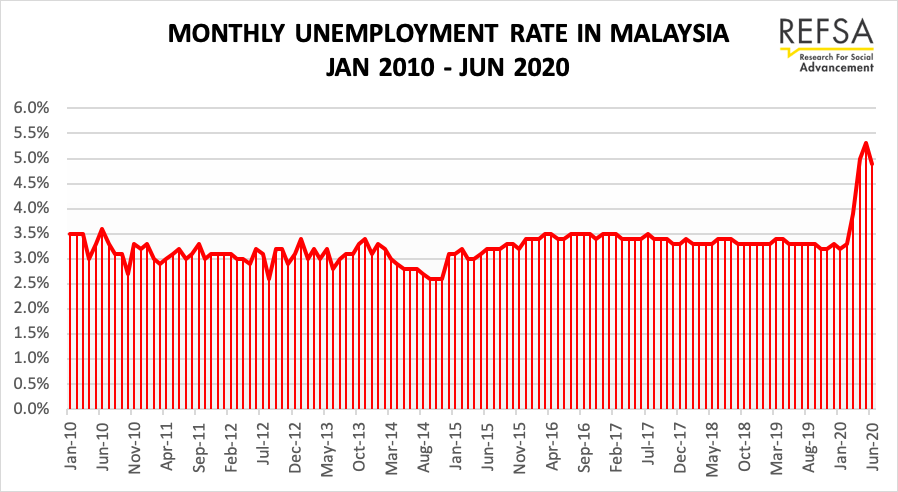 While the definition of unemployment works under normal times, it is arguably an inadequate measure for the extraordinary period we are in. The reason is that to be considered as employed under the definition used by the Department of Statistics, a person must have had worked for at least an hour in a week for some kind of pay.

During a recession like the one we are suffering now, it is quite possible for a person who has suffered from unemployment to be reemployed and yet be worse off. He or she could be working for less hours, or earning less than in the previous job. This is a particularly big concern given many Malaysians have little savings, and hence any drop in income will be hard to cope with. To illustrate, in 2016 Bank Negara Malaysia found that 3 out of 4 Malaysians struggled to raise RM1,000 cash in case of an emergency.

For a more accurate picture of the state of the job market, the headline unemployment rate should be read together with: 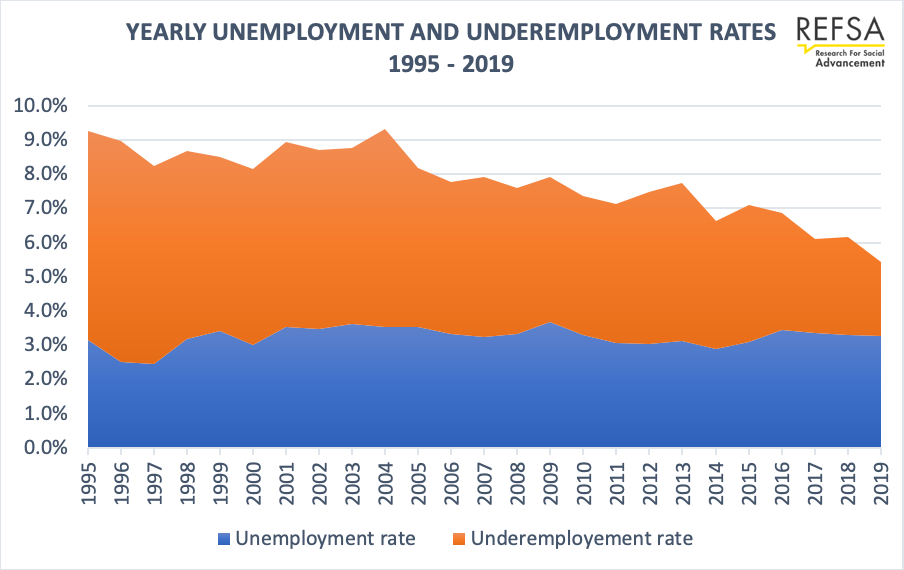 Second, for labor composition, it is important to look at what types of work people hold, for example whether they are full-time employed or self-employed. We are concerned that many have been pushed towards self-employment and the informal sector because of the pandemic, away from traditional full-time jobs. In the second quarter of 2020, nearly 17% of employed persons were self-employed.

There are other factors to consider, but the bottom line is that we cannot prematurely declare the economy is recovering. Compounding matters,  there are two major events scheduled to happen in the next few months: the end of the moratorium on loan repayment (ending on September 30th) and the end of the wage subsidies program (ending December 31st). These two policies have for now cushioned the full impact of the recession and their expiration will most likely have a significant adverse impact on the labor market.

Lastly, we can really only declare a complete recovery when all of the key economic indicators are back to pre-crisis levels and trend, as opposed to merely falling off a peak like what we see currently.