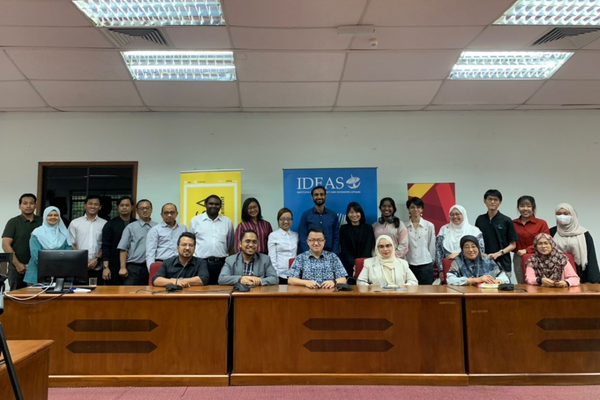 On 26 August 2022, REFSA, IRDP and IDEAS co-hosted a roundtable on youth employment. Titled “Reshaping Malaysia’s Future of Work – Gearing Up Social Mobility”, the event brought together over 20 local thought leaders from diverse backgrounds, including academicians, public policy researchers and students.

Taking the form of an open discussion, the 2.5-hour roundtable focused on the current trends of the Malaysian labour market, the key challenges that employers and jobseekers face and policy recommendations to address these issues. Paying particular attention to the youth demographic, the attendees brought up several recurring themes as follows:

The role of education

What purpose does education serve?

The prevailing narrative in Malaysia is that higher education is simply a feeder for employment. Supposedly, university gives students the hard skills necessary to be productive members of the workforce.

However, this purely utilitarian line of reasoning is outdated and out of touch not only with the current realities of the working world but also with the demands of the new generation. Today there is considerably more value placed on well-rounded, holistic individuals rather than those with nothing more than paper qualifications.

In this regard, a more meaningful consideration is education as a form of nation building. Graduates should come out of university with more than just a degree – they should be equipped with important values, missions and skills to contribute to society in meaningful ways. Put simply, education should produce citizens, and not just workers.

With this new approach to education as a starting point, we can then consider ways to make the education system more modern and responsive. For instance, discussants pointed out the need to think of higher education as a place for lifelong learning, which would not exclude middle-aged people interested in upskilling.

Another relevant point that was raised was the ability (or lack thereof) of the education system to promote social mobility. In the past, education was seen as a tool to help individuals climb the social ladder and improve their life prospects. However, with the growing number of fresh graduates who are overqualified but underpaid or underemployed, education in the country appears to be falling short in this respect.

Additionally, the increasing digitalisation of education, particularly the mainstreaming of virtual learning in light of the pandemic, has accelerated the digital divide between rural and urban communities, which further challenges the notion of school as a form of social mobility.

In the end, rather than education itself, a participant pointed out that it is the family and broader socioeconomic background that affects social mobility.

The role of work

The discussion then continued with participants’ deliberation on the changing nature of work. In light of the Great Resignation, there is greater recognition now that work is no longer just about paying the bills. Instead, it is important that people find fulfilment and purpose in their work, which would in turn influence their level of commitment and morale.

However, the work culture in Malaysia has not fully evolved to adapt to this changing reality. Frequent reports of poor work-life balance and overworked employees indicate that we still have a long way to go in terms of creating a humane society.

In particular, participants highlighted the country’s subpar care economy ecosystem as an issue. Care work is often undervalued and underpaid because it is not considered a profession, but there is a need to formalise the sector, given that it has become increasingly common for both parents in a household to work.

According to participants, there are many interventions to deal with unemployment in Malaysia but underemployment is not given enough attention. This is because underemployment concerns the mismatch between job vacancies and skills, meaning the issue is structural: the labour market favours low-value jobs. Therefore, different policy measures are needed to tackle underemployment.

Some of the multidimensional challenges that need to be addressed in this area include:

To tackle these issues, and by extension youth underemployment, participants proposed a range of policy recommendations as follows: