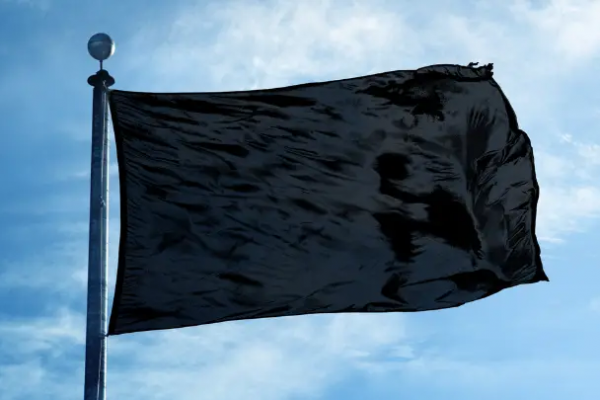 The Black Flag campaign was initiated over the weekend on social media, where Malaysians hung black flags outside of their homes and shared those images online as a sign of protest. Firstly, we looked at why it is crucial for people to express their concerns and demands right now. We then explored how online spaces are integral to the movement. Finally, we looked back on past protests that happened in Malaysia.

Black flags are waving across social media and the homes of ordinary Malaysians, expressing dissatisfaction towards the Perikatan Nasional Government. The protest highlights three demands from the rakyat:

1. The resignation of Prime Minister Mahiaddin Yassin
2. The immediate reconvening of the parliament
3. The end of the Darurat (Emergency Ordinance)

Against the backdrop of the movement being investigated by the police for suspicion of sedition, REFSA Communication Director Iskandar Fareez in an interview with BFM shares the political importance of #BenderaHitam.

Some of his key points:

1. The black flag movement is a manifestation of the rakyat’s frustration with an out-of-touch government that, despite being around for as long as the pandemic, keep repeating mistakes that hurt the Rakyat’s livelihood.

2. The movement also speaks to the present situations; being unable to protest in the streets, or go to the parliament, the rakyat channels their frustration through social media and by waving black flags (or objects) in their homes.

3. With 200,000 mentions on Twitter, it is by far one of the largest movements in social media in Malaysia.

A reflection of public sentiment

#BenderaHitam is not an isolated event, but a culmination of previous grievances such as those expressed in #KerajaanGagal and other protests over the mishandling of the pandemic. It is the sign of the people tired over non-sensical and unscientific restrictions on business operating hours, SOPs, and the arbitrary closing of sectors.

Demonstrations are part and parcel of democracy, where the most coherent and loudest demands will hopefully pressure the government to take action. The black flag movement cannot be curtailed. Even if government-owned media does not report it, there are other channels for the rakyat’s frustration. Instead of attempting to crack down on it, the government should instead listen. Otherwise, anger and protest will only continue.

The significance of #BenderaHitam in political discourse

Demonstrations like the Black Flag movement helps to set an agenda for parliament to:

1) Prevent the collapse of the healthcare system;
2) Allow the rakyat to carry on with their livelihoods through cheaper and more periodic testing;
3) Reopen sectors based on transmission rate and scientific approaches rather than through unfounded segmentation of “essential” and “non-essential” services ;
4) Support the vulnerable until they get can get on their feet again through the smarter allocation of resources through cash handouts.