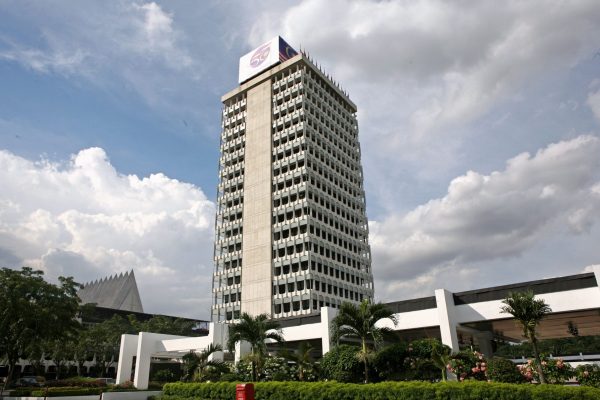 Yang di-Pertuan Agong Al-Sultan Abdullah Ri’ayatuddin Al-Mustafa Billah Shah and the Malay rulers have suggested to Prime Minister Muhyiddin Yassin that a parliamentary session should be held as soon as possible, as per a press release on June 16, 2021.

This statement took the nation by surprise and received a positive reaction from the rakyat and MPs alike.

In response to this, Minister in the Prime Minister’s Department (Law), Takiyuddin Hassan issued a statement saying that the prime minister would convene Parliament in the third phase, between September or October as manifested by the king.

The Perikatan Nasional (PN) government’s excuse for delaying the parliamentary session is not accepted by the public, who now want Parliament to sit and see it as a very important need.

There is an Arabic proverb: “Time is like a sword, if you do not cut it, it will cut you”.

The Malay proverb is: “Masa itu emas”. It shows how time is very important and precious and it should not be wasted.

That is the real problem of the PN government, always late, delaying, and postponing things that are important for the people and the country in its administration, especially in reopening Parliament.

If this is left for so long, it is like a time bomb that will have negative implications for the country’s economy, health, and politics.

Now, the PN government needs to save the people from time bombs that will harm their lives.

It is not appropriate for Parliament to be postponed any longer. It should be convened by mid-July 2021 at the latest. Why is this important?

First, the economic pressure due to the pandemic crisis is still being felt by the people and it needs to be addressed soon.

The PN government’s ‘wait and see’ habit of delaying economic planning has been a major factor in the difficulties faced by the rakyat, especially during emergencies and the movement control order (MCO).

The Economic Action Council (AEC) reports nearly 600,000 middle-income households (M40) have become low-income (B40) as a result of the pandemic.

This means, the B40 category has increased and needs to be well managed in the recovery phase.

This adverse situation can be overcome effectively if Parliament convenes earlier and debates economic and health recovery plans, such as the 12th Malaysia Plan, which should have been tabled in 2020.

In fact, the Temporary Measures for Government Financing (Coronavirus Disease 2019 (Covid-19)) Act 2020 should be reviewed by Parliament immediately to assist the affected rakyat, particularly in contract agreement commitments and rent after an emergency or full restriction of movement ends.

Unclear plan indicators, such as reliance on daily positive cases in the recovery phase will cause planning to be seen to fail before it is implemented.

Parliament needs to review plan indicators by emphasising widescale Covid-19 screening, strengthening the public health system, and vaccination programmes that need to be carried out immediately and comprehensively across the country in the long run.

Third, Parliament needs to debate the political crisis plaguing the country before the end of the emergency.

It is only right that Parliament and the government agree to enact a law similar to the Fixed-term Parliaments Act 2011 (FTPA) in the United Kingdom, which sets a date for the dissolution of Parliament and general elections to curb a political crisis that is deeply detrimental to the country and the people.

These three things are the ‘grand exit strategy’ that needs to be debated by Parliament in the near future.

It is time MPs and the government develop a more effective plan to combat Covid-19 and the economic recovery of the people as soon as possible.

Opening Parliament before the emergency ends would be a wise and bold move to save the people from a time bomb that would disrupt the country’s recovery phase to get out of a global crisis.

It is time to act now.

The fact is, the PN government is running out of time to deal with the growing Covid-19 epidemic, due to the government’s attitude, which has been wasting precious time with political ploys, bringing the rakyat into a worsening situation.

Opening the parliamentary session by focusing on debate is one of the vital exit strategies to be implemented so that Malaysia is on the right track to fight the epidemic in the coming years.

There is no reason for the PN government to delay when several states have agreed to open their assemblies as soon as possible, in line with the views of the king and the Malay rulers.

We cannot enter the post-emergency phase without clear economic and health planning to address the adverse impacts of the pandemic crisis.

The government should be open to the views and constructive criticism of MPs who want the best for the people.

The opening of the parliamentary session in the near future is also a key strategy for us to get out of the pandemic crisis.

The sooner Parliament convenes, the more lives and economies of the people can be saved before they are defeated by the pandemic even more severely.

It also sends a clear message that parliamentary and government institutions are ready to serve the country and the people in these uncertain times.

-Published in The Malaysian Insight on 28 June 2021. For commentary in Malay, read here.