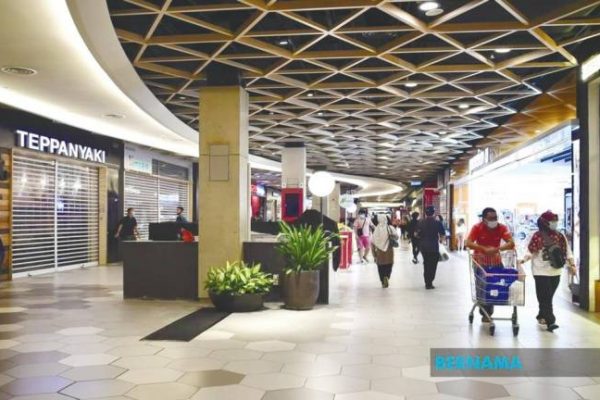 Think tanks have urged the government to adopt a different approach in the fight against the Covid-19 pandemic in Malaysia, saying the lockdowns have resulted in economic standstill while infections are still rising.

Center for Market Education (CME), which sees doing away with lockdowns in favour of focused protection for vulnerable categories as well as mass frequent testing to curb the spread of the virus, pointed out that the estimated cost of treating infected people so far is RM8 billion, against an annual lockdown cost of RM170 billion (about 12-13% of gross domestic product).

“Therefore, a more balanced tradeoff analysis would have suggested investing (and saving) resources into treatments, equipment and temporary hospitals: the cost would have been a fraction of those generated by lockdowns (which furthermore generated no actual medical benefit).

“Expansionary fiscal and monetary policies, made necessary by movement restrictions, and supply-side shocks are triggering inflationary processes which may become out of control after the Covid-19 emergency is over, laying the foundation for a deeper economic crisis. This course needs to be reversed now, together with restoring the rule of law to increase confidence domestically and internationally,” CME said in its policy paper, “Fighting Covid-19 in Malaysia: Mass Testing and Other Reasonable Proposals.

To finance the measures outlined in the plan, the think tank proposes a special purpose tax of 5% on profits above a certain threshold – which should be a temporary measure and based on the promise of no further lockdowns.

It also called for the reintroduction of the goods and services tax, collected at state rather than federal level, and the surplus over the previous sales and service tax should be invested to fight Covid-19.

Meanwhile, the Research for Social Advancement (Refsa) has come up with two strategies – opening up sectors responsibly using science and data and enhanced standard operating procedures (SOPs), and continued and targeted economic assistance to employers and employees.

It recommended selective reopening of sectors, saying that it is time to move past the arbitrary distinction between the “essential” minority and “non-essential” majority of businesses and focus instead on pandemic-proofing spaces. It also called for comprehensive, consistent and dynamic application of SOPs.

On assistance programmes, Refsa recommended the government to raise the arbitrary debt to GDP ratio and the interest service ratio of 15% of the total budget to a higher level for at least five years.

“Increase the level of spending, especially direct cash injections, to individuals and small business owners who have been worst hit by this pandemic.

“Find ‘out of the box’ ways to increase revenue collection in ways which would not hurt small businesses and individuals, for example, via the national trust fund KWAN, MoF Inc or through a windfall tax.”

It added that social protection to those in informal and gig sectors should be enhanced. It suggested that full payment, and subsequently a 50% subsidy, be provided for informal and gig workers to subscribe to the Employment Insurance Scheme.

“Moving forward, the country needs both sensible SOPs and adequate economic support – coupled with the rise in vaccination rates – to ensure we are headed in the right direction before more lives and livelihoods are lost,” said the think tank.

Refsa pointed out that even if a lockdown manages to keep virus transmissions under control, it cannot be deemed a success if it destroys livelihoods in the process.

Since February 2020, the think tank noted, the government’s stimulus measures have totalled RM530 billion across nine packages to assist businesses and households, while direct fiscal spending accounts for only RM87.6 billion or 16.5% of the total.

It said that a frequent criticism of the measures is the grossly insufficient support provided to businesses, particularly SMEs in the hardest hit sectors, tourism, travel and retail. Also, the wage subsidy programme and the loan guarantee scheme are either too onerous for companies or are unlikely to transform their cash positions. Similarly, support for individuals and households is grossly inefficient.