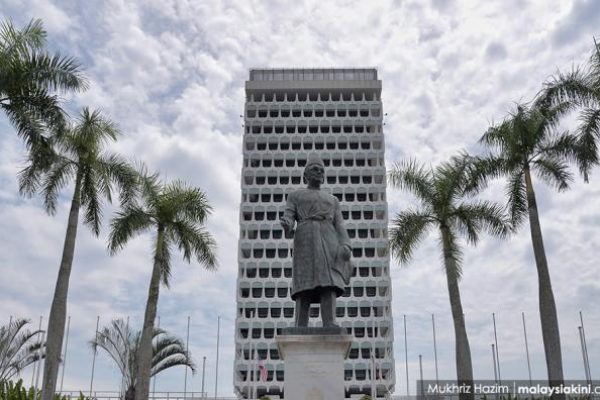 Should the 2021 Budget be rejected?

The 2021 Budget voting process will definitely be the focus of the public in the days to come. Since the two weeks of the 2021 Budget debate began, there has been speculation that the largest budget in the country’s history will be rejected by MPs to challenge the legitimacy of the Perikatan Nasional (PN) government and Prime Minister, Tan Sri Muhyiddin Yassin.

The statement by the Finance Minister that he is trying to intimidate the people about the negative impact if the 2021 Budget is not approved by parliament was an inappropriate thing to do and only adds to the anxiety of the public in these difficult times.

The allegation that parliament has full power to control and amend the government’s budget is a ‘myth’ of the PN government that tries to undermine the legitimacy of parliament in the eyes of the people if they fail to approve the 2021 Budget.

So, what makes the Minister of Finance and the government machinery spread the myth that tries to tarnish the parliamentary institution in the eyes of the people?

The PN government has a slim majority of four in parliament with 112 MPs and 108 opposition and independent MPs, hence the risk for parliament to reject the budget is high. However, the pressure of the Finance Minister today is not from the opposition, but from PN MPs themselves, especially UMNO MPs that may not support Budget 2021. This is Muhyiddin Yassin’s dilemma in the Budget agenda 2021.

Unfortunately, the PN government has chosen a political game for this budget rather than democratic settlement negotiations.

Budget debates that contain suggestions and criticisms from MPs are only recognized as ‘speeches’ by the government without taking steps to amend and review the budget allocations.

The argument of the Minister of Finance stating that the salaries of frontline and civil servants will not be paid if the 2021 Budget is rejected is also politically shallow.

The government can only bring ’emergency’ provisions to be approved by parliament so that administrative expenses such as salaries, allowances and pensions of civil servants are continued even if the National Budget is rejected or is being negotiated by MPs.

This event occurred when the Barisan Nasional (BN) government tabled the 2000 Budget in October 1999. Debates and votes on the 2000 Budget were postponed, which eventually led the way to the 1999 General Election.

The BN government has applied for preliminary allocation under Article 102 of the federal constitution approved by parliament to finance salaries, allowances and pensions of civil servants while waiting for the 2000 Budget to be approved in February 2000. It was easily explained by Tun Dr. Mahathir Mohamad in his blog on 20 November 2020.

This fact also completely rejects the claim that said refusal of the Minister of Finance Budget 2021 will end with the civil servants not receiving a salary in January 2021.

The government officials who portray the bad images of lawmakers if they reject the Budget 2021 is incorrect at all. The failure of the PN government to find a complete solution, in addition to threatening MPs and the people, has shown their ineffectiveness to manage the country facing the Covid-19 crisis.

Middle way or the way out

In order to save the lives of the people and civil servants in the 2021 Budget, the Minister of Finance needs to take a more orderly and democratic middle way to gain the confidence and support of multi-party MPs.

The government should not be in a hurry to pursue time to approve 2021. Budget. What is important is to ensure that the content of the 2021 Budget is quality and able to be a catalyst of people’s economic and health well-being. Not a budget that fulfills the political agenda of the Prime Minister.

It is better for the 2021 Budget to be approved late by making amendments that benefit the people than to approve the lame budget which can cause harm and problems in the future.

If the Finance Minister fails to see this middle ground approach, it is likely that parliament will also show a ‘way out’ for the PN government from Putrajaya. There may be a formation of a new government to review and issue a more comprehensive budget for the rakyat.

But, if this new government also has the same majority as PN, then what is their guarantee to stay in power in the long run? The more important question is, which party is trying to form a new government if the 2021 Budget fails to be approved?

The fact is, the 2021 Budget will only get the support of MPs if the Minister of Finance makes amendments to the proposed improvements with transparent principles. It is up to the PN government whether it wants to be remembered by the people for its excellent reputation or simply remembered as a ‘nightmare’ that has happened in the country’s political history.