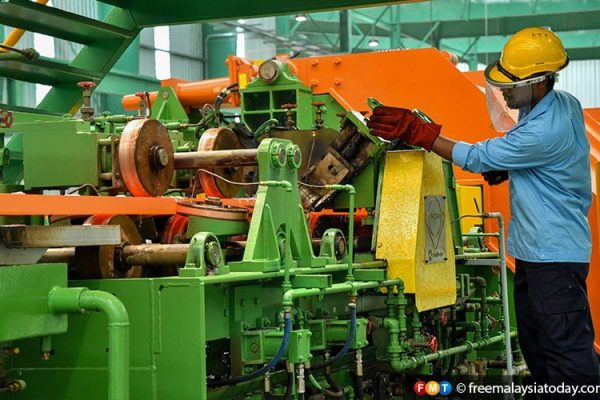 A think tank has expressed concern over the deteriorating rate of underemployment in Malaysia due to the COVID-19 pandemic.

Research for Social Advancement (REFSA) said underemployment is an issue that is rarely addressed compared to unemployment.

“Underemployment is a situation where you are contributing less than your potential, and also because of that you are being compensated less than you potentially should be compensated,” Hafiz Noor Shams, a visiting fellow at REFSA, told a virtual media conference.

According to the Department of Statistics Malaysia (DOSM), underemployment in Malaysia is defined as employed persons who work less than 30 hours a week because of the nature of their work or due to insufficient work and are able and willing to accept additional hours of work.

Nevertheless, they are considered “employed”, and not “unemployed”, which leads to the lack of attention paid to the issue.

Hafiz said if the issue is left unaddressed, there is a risk that Malaysia will be faced with higher levels of underemployment and unemployment compared to prior to the crisis brought by the COVID-19 pandemic.

Ong Kian Ming, the former Deputy Minister of International Trade and Industry, pointed to DOSM’s Malaysia Economic Statistics Review (Volume 6/2020), which showed that the percentage of underemployment has gone up from 2.3% in the first quarter of 2019 (1Q19) to 5.3% in 2Q20.

Ong said that due to the Movement Control Order, businesses had reduced operation hours, which typically resulted in lower salaries and wages received, particularly in semi-skilled and low-skilled jobs.

“I do expect that there will be a continuation of an increase in underemployment,” he said.

“One other area that is perhaps unaddressed, since we don’t collect statistics of this, is the percentage of workers who had to experience a pay cut. So this is not really underemployment or unemployment, but when you reduce the pay of workers it reduces the disposable income that they spend in the economy,” Ong added.

The reduction of disposable income in the people, Ong said, will also have a negative effect on businesses such as the retail sector, as well as the food and beverages sector.

To address underemployment as well as unemployment, Hafiz pointed to the role of the Government in creating jobs, through selected investments in the public sector and via incentives for the private sector to create full-time jobs.

He suggested that the Government should increase its allocation for tertiary education in order to raise the percentage of enrolment in institutions of higher learning from 20.9% to 22.7%.

This, he said, will require an additional RM3 billion yearly on top of the usual allocation.

Besides that, Hafiz also suggested that the Government raise Malaysia’s healthcare expenditure from 3.9% of GDP to 5.7%.

Hafiz argued that these expansions will overcome issues such as supply-side disruption due to the pandemic, proliferating automation, as well as the ageing demographic, which all have implications on the labour market.

– Published in The Edge Markets on 4 November 2020