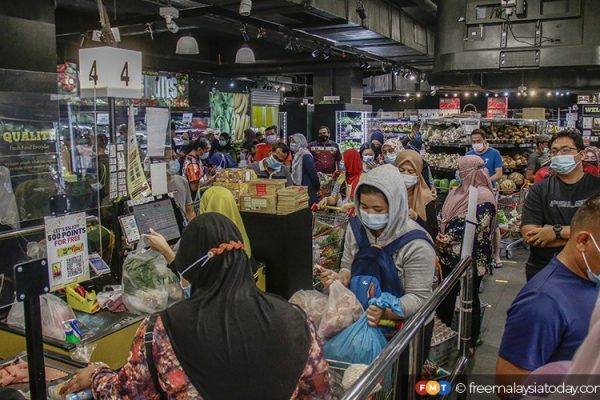 Malaysia should ramp up, not slow down, spending

Fiscal measures remain necessary to sustain economy against the

Recent reports of Malaysia’s insolvency are greatly exaggerated. On April 12, Prime Minister Muhyiddin Yassin claimed that the government was running out of money, having spent RM340 billion on pandemic-related stimulus measures and RM322 billion on Budget 2021. This is misleading for two reasons.

The RM340 billion figure quoted refers to the total value of all seven stimulus packages introduced up to March 2021. However, by the MoF’s own admission, only about RM72.6 billion or 21.4% of the total stimulus size takes the form of direct government expenditure through fiscal injections. This figure covers health spending, cash transfers, the Wage Subsidy Programme and infrastructure spending, which are all borne out of the government’s budget.

There is also a time lag between the announcement of fiscal policy measures and the eventual disbursement of funds. The actual amount of government spending to date is likely to be even lower than RM72.6 billion as not all the injections are immediate.

The remaining RM267.4 billion covers a range of strategic, operational and monetary policy measures, including loan moratorium extensions, tax exemptions, loan guarantees and financing schemes. Some of these, such as tax relief, do not have a direct accounting value apart from the opportunity cost of tax money foregone, which is likely to be negligible for affected sectors anyway. Another major measure, namely the RM40 billion withdrawal from EPF, is the contributors’ own money and does not constitute a fiscal stimulus. For other macro-financial measures, support typically comes from Bank Negara, which does not rely on government money and therefore does not directly affect the country’s fiscal deficit.

Second, the Prime Minister did not explain what he meant when he said the government did not have enough money.

A simple way to contextualise the government’s fiscal health is to look at the overall fiscal balance – the difference between government revenue and expenditure – as a share of GDP. Granted, the stimulus measures have led to higher spending amid a smaller revenue base, with the estimated fiscal deficit standing at 6% of GDP in 2020 and potentially rising to 6.5% this year from 3.4% in 2019, according to and extrapolating from the Economic Outlook 2021. However, this is not unprecedented: Budget 2009 oversaw a fiscal deficit of 6.7% amid the financial crisis.

Now is not the time for alarmism. We can already expect an increase in government revenue beyond Budget 2021’s forecast, with Brent crude oil climbing to over $60 per barrel today from the $42 assumed during preparations for the budget.

If anything, the most recent PEMERKASA package, which mostly extends existing measures, suggests that the government still has the fiscal space to introduce substantially new injections. Ultimately, the way out of the pandemic-induced contraction is to implement more directed, strategic expansionary fiscal policy measures to promote consumption and crowd-in private sector investment, not to make unsubstantiated claims about the government’s fiscal situation.