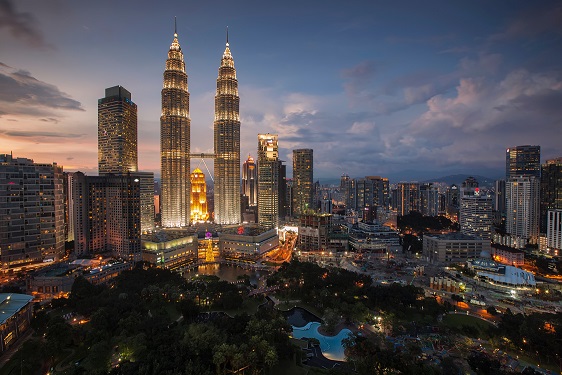 Economy needs immediate stimulus package, with eye on the long-term

It is proving to be a turbulent start to the decade. Malaysia’s Gross Domestic Product (GDP) growth for Q4 2019 slowed to 3.6 percent, from 4.4 percent during the same period a year ago. The protracted trade war and the recent Covid-19 outbreak will have far-reaching ramifications for an open, trade and tourism-reliant economy like ours.

While the brunt of the economic damage will be absorbed by industries within the tourism, transport, and services sectors, a general downturn in private consumption and investment is to be expected. A disruption to the free global trade of goods and services is a disruption to the lifeblood of the economy – and to the livelihoods of all Malaysians.

The government’s recent announcement of an economic stimulus package will provide welcome relief. A stimulus package is critical at this juncture as it will not just reassure markets, but also strengthen the broader public’s ability to weather potential declines in real income or worse, unemployment.

While the stimulus package primarily aims to tide over workers and businesses through tumultuous short-term economic currents, the government should also evaluate these measures with an eye on the long-term, and look to promote a transformation of the economy to new growth sectors and higher productivity and prepare the workforce for the future. Such a transformation is essential to achieve the Shared Prosperity agenda, and the proposed stimulus package is a great opportunity to start the process.

From there, proposed stimulus measures can be split into two general categories:

Within these two categories, measures can be further categorised to follow four different approaches:

A. Limit downside for exposed sectors

Corporations exposed to acute negative external shocks, for example from the Covid-19 epidemic, should be cushioned.

Measures such as tax rebates or a tax moratorium for specific tourism sectors, and setting up an interest-free or low rate working capital fund for companies to bridge a period of lower cash flow without having to cut costs or retrench workers would both help ensure the survival of businesses affected in the short-term and prevent lay-offs.

Incentives that boost operational efficiency such as discounts on electricity and energy prices for affected sectors will also provide some breathing space for distressed businesses.

B. Maintain/Increase the disposable income of households

Some loss of income for those working in affected sectors is to be expected in the short run and the government should ensure that the negative effects are mitigated.

The stimulus should be specially tailored for workers most affected by the external shocks. As a first response, a temporary unemployment fund can be set up to provide support for recently retrenched workers in affected industries, such as tour guides, restaurant staff, taxi/private hire car drivers or retail workers.

It is also critical to support workers in the healthcare sector, either through one-off allowances or temporary wage subsidies, since they bear the brunt of the fight against Covid-19.

For the broader public, the government should continue to work towards lowering the cost of living, eg, providing targeted public transport allowances for lower-income households, which would have the added benefit of boosting public transport usage.

Other effective temporary methods to boost consumption, such as income tax exemptions or an opt-in reduction of EPF contributions, should be considered should economic conditions worsen.

“Shovel-ready” infrastructure projects, such as bus and ancillary services, including new buses, bus stops and pavements and dedicated traffic lanes, should be brought forward as a commitment by the government to improve liveability within the city and to ease the daily commutes of public transport users. These can be acted upon immediately and would result in short-term improvements to the economy.

In addition, other fundamental public goods, such as low-cost public housing, rural infrastructure, public universities and other public amenities, including pedestrian infrastructure, public spaces and disabled and elderly-friendly infrastructure, could use both short-term expenditures on maintenance and small upgrades, while longer-term large-scale investments will provide a multitude of benefits.

Additionally, the government should set up a financing programme for activities at the state level, to encourage domestic tourism, especially for states most reliant on tourism income such as Kelantan, Sabah and Malacca. This serves not just to boost state government finances in the short run to make up for the shortfall in international tourist arrivals, but also helps these states to search for additional sources of tourism to augment their revenues when the situation normalises.

For example, the investment timeframe of the Malaysia Investment Development Authority (Mida) Automation Capital Allowance from 2023 can be brought forward to 2021. The government’s matching grants for SME digitisation, announced in Budget 2020, can be doubled from RM5,000 to RM10,000.

Striking the right balance among the types of proposals described above would succeed in significantly boosting household consumption and business investment in the short-term, especially for sectors directly affected by the global economic headwinds. At the same time, it would also contribute to position the economy to unlock its full potential for years to come.

Lastly, to ensure a successful rollout of the stimulus measures, government messaging is key to inspire confidence in businesses and households. Emphasising the transience of the crisis, and the government’s willingness to do whatever it takes to support the economy, will maximise the effects of the stimulus package.

— First published in MALAYSIAKINI on 18 February 2020.