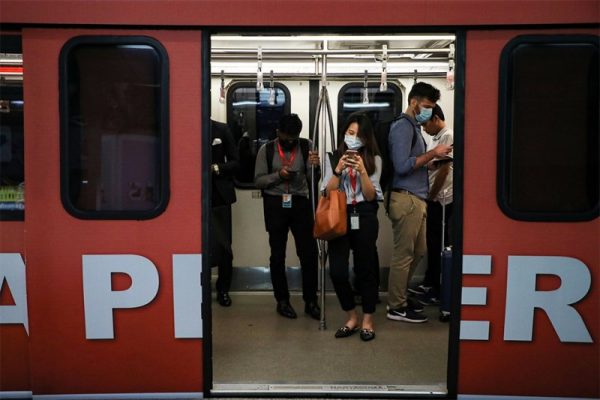 Beyond Covid-19: Building back better for a more resilient economy and society

In the humanitarian world, there is a concept called “Build Back Better”. It follows that a country which has just been struck by a disaster or emerged from a conflict, should not repeat the mistakes of the past, but rebuild stronger, faster, and more inclusively by adopting better planning and processes in its post-crisis recovery or peacebuilding efforts.

As Covid-19 sweeps viciously across the globe, the world has come to learn of the weakness of our economic systems and societal structures, and the price for having not paid attention to them.

For one, the pandemic has exposed the vulnerability of our economies, as we witness the tourism, hospitality, aviation and retail sectors, as well as the export markets being worst hit by the crisis. Our interconnectedness in this globalised era is an opportunity that comes with risk. Building resilience in these sectors and diversifying the economy is therefore paramount.

Secondly, it has shown the consequences of the lack of investment in public goods, in particular in our healthcare and social protection systems. As the number of cases climbs, healthcare systems in many countries are under strain, as we witnessed in the case of Italy and Iran. Meanwhile, the ability of our social protection systems to support and sustain those who lost their incomes because of the crisis is put to test.

The resilience of our institutions is being challenged, too. In Malaysia, the timing of the Covid-19 crisis coincided with political turmoil, where civil servants held the fort during the one week vacuum without a government, and subsequently the new Prime Minister juggled to stabilise his administration and choose his cabinet after assuming office.

A more decisive action finally came on March 16 as the number of cases hit over 600, when a Movement Control Order was announced and the National Security Council was put in charge. Unfortunately, the authorities had clearly not anticipated the unintended consequences of some of its announcements. This includes the restriction for Malaysians to leave the country, which caused the mass exodus of Malaysians who commute daily to work in Singapore across the Causeway; as well as the confusing instructions for university students to vacate their hostels and the requirement for anyone intending to conduct interstate travel to get police permission, causing a mad rush by university students to form long queues at the police stations only to get sent away hours later. In both cases, these groups of people were forced to be in crowded places, which defeat the purpose of the Movement Control Order.

Surely, no one crisis is the same and nobody could confidently predict its development or come up with a perfect solution, given the little we know about the virus. But this is a desperate time when swift response is most needed, and has life-and-death consequences. This is why military and crisis management bodies often have exercises to enhance their preparedness in face of conflicts, pandemics, disasters and other crisis situations. An ability to gather a whole-of-society approach is also a key element of success.

Resilience in the face of crisis such as this, hence, points to two aspects: i) building the long term resilience of our political, economic and social system to withstand stress and ii) the ability of our institutions to respond to shocks, and to craft decisive and immediate policy intervention that can minimise the blow.

Thus far, the government has announced a RM20 billion stimulus package, which includes tax breaks for the affected sectors, including a 15 per cent discount in electricity bills, and cutting of EPF contribution by employees by four per cent, which are aimed to spur private consumption. There is also provision of Special Relief Facility for SMEs by Bank Negara Malaysia at financing rate of 3.75 per cent, cash assistance of RM600 to workers earning below RM4,000 who were forced to take unpaid leave and additional RM200 handouts for Bantuan Sara Hidup recipients in March 2020.

This however, might be too little, too late. To put things in perspective, during the financial crisis in 2009, the government rolled out a RM60 billion stimulus package. The government should consider rolling a second stimulus package soon. To avoid a liquidity crisis, the government should consider providing an interest-free loan facility for SMEs to facilitate working capital. Loan deferments and waivers on utility bills and license fees should also be introduced to help ease the pressure of business owners. The government must also consider more wage subsidies or credits to help employers retain their workers, possibly tying that in as a condition for the recipients of the loan facility, and encourage those who hire foreign workers to consider hiring locals and/or adopting technology by giving incentives.

The stimulus package should also attempt to create surplus value in the form of social goods — for example, the RM2 billion for rural infrastructure development projects which was announced by the prime minister should be targeted at projects that benefit the people, such as building affordable housings and better roads and public transport systems.

More assistance needs to be rolled out for those who are hit the hardest by this crisis. Childcare services must be provided for the frontliners — the doctors, nurses, police, immigration and airport personnel, so that their families are taken care of while they are out serving others in need. The Malaysians working in Singapore now risk losing their jobs, unless they are able to find accommodations in Singapore. Immediate assistance needs to be given to these groups of workers (Singapore government is giving out a S$50 (RM150) per day for a period of 14 days, for employers who need to house Malaysian workers during the Movement Control Order).

This crisis however also shows the silver lining that could pave the way for the future of our economy. New services are sprouting, with the so-called “shut-in economy” bringing usual daily chores (such as online shopping, food delivery services) to digital platforms and made life a little bit easier in light of the announcement of the Movement Control Order. The availability of technology is also helping ensure continuation of some form of our social lives, such as online courses offered by universities, teleconferencing with your bosses, family, gym coaches and lecturers. The Movement Control Order has also inadvertently pushed for quicker uptake of flexible working arrangements, which has been slow in being adopted by Malaysian employers.

Going forward, we should consider more seriously how to enhance sectors with future growth potential, including knowledge based economy and high value manufacturing (such as the E&E and green industries) as well as the technology sector such as automation, AI, IoT, robotics, cybersecurity, etc. that will help us to break our middle income trap and grow our economy sustainably. Apart from addressing the more immediate concerns, some of the stimulus package should look into spurring growth in these areas.

As our economy progresses, many are left behind. While crisis hits, the poor and underprivileged often suffered most. Our social protection system must be enhanced to ensure that it could provide a strong social safety net for vulnerable groups in tested times like this. The Employment Insurance Scheme (EIS), introduced in 2017, will now have to jump into action to support workers who faced retrenchment or wage cuts, particularly those in the B60 (B20 and M40) groups. Self-employed workers, especially those in the gig economy who are currently not covered under EIS, will also be particularly badly hit and require support.

This crisis also exposed a long standing problem that this country has ignored for far too long —  the presence of some 5-6 million undocumented migrants, on top of the 1.76 million documented foreign workers and 178,990 registered refugees and asylum seekers in Malaysia as of 2019. These are people who have no healthcare coverage nor access to healthcare facilities in this country, and have to shun the authorities to avoid arrest. This is not only a humanitarian problem, but a security issue for the country, as there is no way to monitor nor track the whereabouts and the health conditions of these people. Going forward, the government must acknowledge this problem and come out with cohesive policy that respects humanitarian principles, and not sweep it under the carpet.

Finally, and perhaps most importantly, authorities must rethink the healthcare system as a public good. For 2020, the Ministry of Health has been allocated RM30.6 billion, which is about two per cent of GDP, whereas OECD countries spent an average of 8.8 per cent of GDP on health budget in 2017. Malaysia has 1.98 beds per 1,000 residents, below the average of developed nations at 2.5 per 1,000 residents. Meanwhile, our medical personnel are underpaid and overworked. It is time Malaysia embrace the universal health coverage concept, and put more investment into strengthening our healthcare system, along with a more robust health insurance system.

Covid-19 might be looming over us like a dark cloud, and no one can know how long this will last. But this shall pass, even if we must focus on the most urgent interventions and expect repercussions to be felt in the short term. We should be able to learn lessons from this painful experience, and not reinvent the wheel. We can emerge stronger, and “build back better”, if we take the right steps towards future-proofing our economy and society.