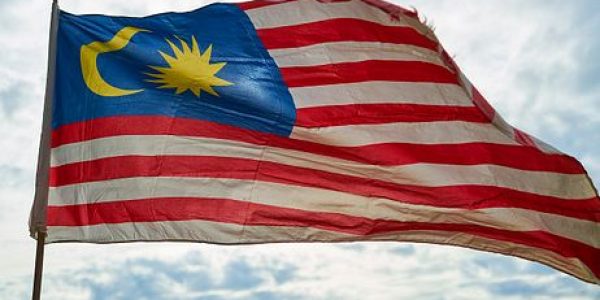 Where Is Defense Reform in Malaysia Headed?

On the December 2 last year, Malaysia’s Pakatan Harapan government presented the Defense White Paper (DWP) in Parliament. The first of its kind, it is a publicly available policy document that provides guidance to policy makers on conducting national defense affairs, while also giving the members of the public an opportunity to engage in this previously opaque area of public policy. The current DWP is meant to last over the next 10 years, starting from 2021.

In January, the Defense Ministry under the leadership of Minister Mohamed Sabu and Deputy Minister Liew Chin Tong formed interdepartmental groups that were tasked with tackling various implementation issues. Six pillars were to be the central tenets to the implementation. These pillars are i) Improving Readiness and Defense Capabilities; ii) Enhancing Defence Capacity and Competence; iii) Improving the Welfare of Personnel and Veterans; iv) Strengthening Civil-Military Cooperation; v) Development of Defense Science, Technology, and Industry; and vi) Strengthening International Cooperation.

Across these pillars, five cross-cutting principles were important. Firstly, the implementation process had to be mission oriented, meaning that any effort the government undertakes must produce outcomes consistent with intentions. Secondly, integrity and good governance must be emphasized to prevent leakages and effective delivery. Thirdly, the Armed Forces and the Ministry should see themselves leading the charge and becoming a catalyst for change and innovation. Fourthly, any implementation effort should be driven by data-centric methods. Finally, there must be a “Whole-of-Government” and “Whole-of-Society” approach to ensure buy-in, both within government and among all stakeholders.

However, this implementation process was disrupted by the political upheaval in the country, dubbed the “Sheraton Move,” which culminated in the sudden change of government in late February this year. Since assuming office, the Perikatan Nasional government has also been beleaguered by the COVID-19 crisis. On March 12 this year, Defense Minister Datuk Seri Ismail Sabri Yaakob, who is also the Senior Minister of the Security Cluster, acknowledged that the Perikatan Nasional government would not deviate from policy guidance provided by the DWP. Despite that, there was no further mention of the new administration’s action plan to implement the reforms outlined in the White Paper.

The new government should continue the effort of realizing the aspirations outlined in the DWP to strengthen Malaysia’s military and implement defense reforms with the goal of defending Malaysia’s national interests. Even though it was an initiative by the Pakatan Harapan government, the content, aspirations, and strategic direction of the DWP are not partisan in nature. In fact, the DWP, which took a year to complete, was drafted in a participatory manner with the involvement of MINDEF officials, MAF personnel, and academics in consultation with other ministries and other stakeholders, such as defense industry players, civil society and veterans groups, including the former Chiefs of Service. In the debate on the DWP on December 2, 2019, both members of the Government and Opposition were given a chance to debate the DWP, and it was passed in a bipartisan manner.

There is no reason to deviate from this common vision. In fact, it is more important than ever to implement it. The six pillars would be a good framework for future reform, for the reasons that we explain below.

A key theme of this DWP is to modernize the MAF to face new and emerging threats, such as cyber warfare, urban warfare, and increasing maritime challenges. Prior to the introduction of the DWP, each service branch had come up with a separate service-centric capabilities program: Army4NextGen for the Army, 15-to-5 Transformation Programme for the Navy, and CAP55 for the Air Force. These programs fell under the umbrella of “4D MAF,” or Four Dimension Malaysian Armed Forces. However, these programs have not been presented to Parliament and the Cabinet, nor have they been budgeted.

A thorough joint capability development plan between the three services is needed to ensure that the most obsolete equipment is phased out and replaced in a timely manner. Meanwhile serviceable platforms must be kept in good order. These plans may need to be further streamlined in order to meet new mission imperatives outlined in the Future Force chapter (Chapter 4) of the DWP. This plan will take the form of the Defense Investment National Plan (Pelan Pelaburan Pertahanan Negara, or 3PN). The purpose of such a plan is to provide a coherent and thorough defense investment plan that should detail precisely the strategic sectors and equipment that should be prioritized, and provide a timeline of when capabilities are expected to be achieved in full. Having such a plan in turn would be important not only for the purposes of public policy transparency, but would also have buy-in and agreement from the legislative and executive branches of government.

Similarly, in order to meet the ever-evolving threat conditions that Malaysia is presented with, the human capital of MAF and the Ministry must undergo a transformation as well. The talents that Malaysia needs for future warfare will be different. An action plan, the Defense Capacity Action Plan (Rancangan Tindakan Kapasiti Pertahanan, or RTKP), was slated for drafting and presentation by the end of the year outlining specific strategies by MAF and the Ministry to attract new talents, or develop them among those already in the services as necessary.

The Future Force of Malaysia is envisioned as being highly technological, owing to the needs, opportunities, and threats presented by informatization of all spheres of life, which would necessitate a knowledge-based and skilled workforce that geared towards the smart soldier concept and other capabilities. Thus, it is important that the services be furnished with personnel with the correct skills and predispositions.

The Welfare of Veterans and Personnel

On personnel and veteran welfare, the DWP advocates a serious paradigm shift. For currently serving personnel, every effort must be put into place to enhance the basic soldiering experience. Supply line issues must be fixed to ensure that every soldier, sailor, and airman receives the equipment and supplies they need at the desired quality, while also making sure that they are adequately housed, particularly for personnel with families. In 2019, Pakatan Harapan allocated 50 million ringgit (approximately $11.6 million) and managed to fix 1947 military family housing units. For 2020, this allocation was increased to 150 million ringgit (approximately $35 million) and is projected to fix another 6,000 units. As Malaysia’s soldiers, sailors, and airmen defend the country, the government too must ensure that the well-being of the families they leave behind while on deployment are cared for.

For veterans, in addition to ensuring that the welfare benefits are provided in a timely and efficient manner, the government must also think about how to provide adequate jobs for veterans post-service. MAF veterans possess considerable skills that have been acquired from years of technical training and experience; many of them are still young when they retire from the force. Sufficient well-paying jobs need to be created so that veterans may support themselves as well as enjoy a dignified living.

Achieving much of these policy shifts will require a rethink of current civil-military relations in Malaysia. Many activities and programs that promote greater understanding between members of the military and civilian citizens were planned, including open days and public road shows for the public to explain the role of MAF and the visions of the DWP.

More importantly, at the political/legislative level, efforts must be made to allow bipartisan interactions with the military. It was suggested that Members of Parliament on both sides of the aisle should be invited to public military events, and guided camp visits should be planned. This is expected to help improve the ability of legislators to understand the most pressing issues for members of the military at the grassroots level paving way for more debates at Parliament and the select committees on defense matters. At higher levels, engagement with professional military education institutions, such as the Staff College, Defense College, and Resilience College, would also prove instrumental in providing understanding in strategic defense issues.

An important principle in the DWP is to also reform the defense industry in order to achieve both economic and national defense priorities. Military procurement has long been dominated by vendor-driven projects that have cost the taxpayer too much and have delivered too little to soldiers in the field. If military capability development is to be sustainable and achieve national outcomes, it must be carefully guided.

A thorough national defense industry blueprint, titled the National Defence Industry Policy (Dasar Industri Pertahanan Negara), will serve to outline the principles, outcomes, and policy guidelines that will clarify how the government should conduct defense procurement and develop domestic capabilities to fulfill those procurement needs. In particular, Malaysia should seek to achieve limited self-reliance in basic military equipment, but also be able to develop a high value-added supply chain in certain niche areas that also have dual use properties, such as information technology and electronics. In the long run, this will also have positive economic spillovers, as new high paying jobs are created.

Malaysia is a maritime nation with continental roots, connected to mainland Asia and Europe, and surrounded by the South China Sea, Sulu Sea, and the Straits of Malacca. This geographic endowment, which has enabled the country to be a bridging linchpin between the ocean regions of the Pacific Ocean via the South China Sea, and the Indian Ocean via the Straits of Malacca has presented Malaysia with both challenges and opportunities. Coupled with the long history of diplomacy and close ties with its neighbors and other nations, Malaysia is poised to act as a middle power in the region.

However, to more effectively serve in this role, it is important for Malaysia to more clearly define its foreign and national security priorities, so that defense engagements with other countries are far more focused and produce relevant outcomes. Producing these credible partnerships will in turn advance Malaysia’s own security and defense interests while strengthening international norms and laws.

COVID-19 and other non-traditional security challenges have posed new threats to Malaysia. Even as the country deals with the pandemic, other security threats continue to affect it, as is evident by the tensions in the South China Sea, and the broader global and regional instability as can be seen by intensifying U.S.-China rivalry, escalation on the Korean peninsula, and the recent clash between China and India at their border. Malaysia is also faced with increasing threats from non-state actors in the maritime domain, with the risks of illicit criminal activities, terrorism network, kidnap for ransoms still lurking in nearby waters. Not only can Malaysia not afford to keep its guard down, but it can also aspire to play a more proactive and constructive role in ensuring the peace and stability of the region, leveraging its geographical advantages and diplomatic prowess to punch above its weight.

Post COVID-19, a lackluster economic outlook is likely to also compel governments to take a harder look on expenditures. It is important for the Malaysian government to make wise choices to ensure investments in defense, which would have long term implications on its national security, are done strategically and effectively. In lieu of this pressing consideration, Malaysia has no time to lose in face of the rapidly evolving security landscape, and it urgently needs to implement the reforms identified. A clear indication of political will from the new administration will provide a much-needed impetus.