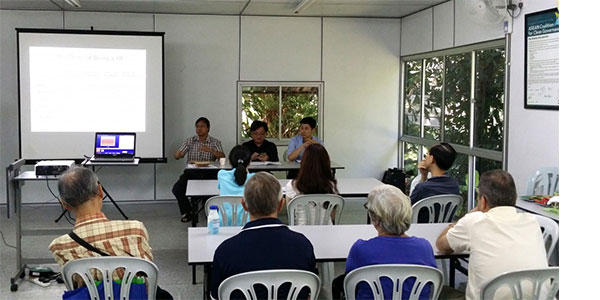 What was gone wrong with our parliament?

No doubt, the most debated of all issues surrounding the Malaysian parliamentary functions has been the shortcomings within the parliamentary structure and working processes. Notwithstanding the qualifications of our MPs, there is a myriad of problems which continued to hamper the successful functioning of our legislative arm.

Over-centralisation of policy-making powers at the federal level

Among all, the over-centralisation of executive powers at the federal level has caused Parliament to be loaded with huge legislative duties if compared to foreign countries. As revealed by a Penang Institute studies, the Malaysian federal to state law-making ratio is an all-time high of 8.8−the highest if compared to Australia’s 3.29 (Queensland state) and India’s 1.20 (Delhi municipal government).[1]

At the same time, Putrajaya’s expanded powers have also significantly reduced the number of areas (public transportation, education, etc.) held by the state governments during the immediate years of Malaya’s independence and the formation of Malaysia in the 1960s.

Within Malaysia, the number of laws passed by the state governments are starkly lower than at the federal level. Again, the findings by the Penang Institute have shown that the number of bills passed by the BN federal government in 2012 stood at 44, while the Pakatan Rakyat-controlled states of Penang and Selangor only ratified 2 and 5 state legislation respectively in the same year.[2]

Parliament is laden with heavy legislative burden vis-à-vis the state assemblies, a direct result of over-centralisation of executive powers at the federal level. Similarly, the quality of debates has also been compromised in the Parliament as well.

Interestingly, Penang Institute found out that the Penang state assembly spent as many as 12 days debating on individual bills as compared to the Parliament (1.55 days per bill) in 2012. In terms of the time spent per bill, the Penang state assembly used 29 hours and 50 minutes for every bill−almost triple the time spent by the BN-majority parliament at 10 hours and 25 minutes.[3]

Considering the broad legislation that Parliament has to cover, the significantly low number of days spent in debating each bill does not really commensurate with the heavy responsibilities for our supreme legislative body.

Lacking the much needed special committees to look into public issues

Then, there is also a lack of special committees to address numerous issues of fundamental interests to the Malaysian public at large. For instance, New Zealand’s parliament has a total of 13 select committees (business, defence, education, foreign affairs, social services, local government, health, government administration, finance and so on).[4]

In contrast, our parliament only possesses 5 committees: Standing Orders Committee, Committee of Privileges, Committee of Selection, Public Accounts Committee and House Committees.[5] No doubt, it will be a stretch for these committees to effectively respond to those specific issues considering the ‘broad scale of functions’ they are established upon.

By all means, such numerical difference reflects the development of our parliamentary system throughout these years. Though New Zealand and Malaysia are Commonwealth countries and follow the Westminster system, both countries manage their respective parliaments differently. Whilst the former seeks to strengthen parliament’s authority and role in solving public issues vis-à-vis the formation of special committees, the latter does otherwise.

As in the Malaysian case, the ruling coalition’s lack of seriousness in strengthening our parliament severely affects the responsiveness and the effectiveness of the legislative body in tackling a wide array of public issues at hand.

Limited research capacities of our parliament

Besides, the ruling coalition has so far, failed to recognise and address the long-standing problem of lacking research capacities in both chambers. Besides employing 15 research personnel within its research unit as of October 2013, the BN-dominated Dewan Rakyat has not pursued further the possibility of allocating even one researcher to all the members of parliament until today. The same goes to Dewan Negara, where the research capacities of the senators are severely restricted for the same reasons.

In comparison to the US Congress, it hosts around 600 research staffs (including policy analysts, attorneys and information professionals) within its research arm, the Congressional Research Service−almost 40 times than that of Malaysia. Hence, it is by no coincidence that the US Congress can produce thousands of high-quality, detailed reports on specific areas of interest, from foreign affairs, homeland security and defence to finance, science, education, healthcare, environmental protection, energy, immigration and so on.[6]

This is in sharp contrast to the Malaysian parliament which generally unable to furnish the MPs with detailed reports on individual areas of public interest. Unfortunately, such sorry circumstance has been ongoing for the past five decades or so.

The quality of our MPs is in question

Finally, there is also the old issue regarding the quality of our MPs. Needless to explain, anyone who reads the Dewan Rakyat’s news or watch the videos about the chamber’s proceedings will be aware on how the MPs debate the motions tabled by the opposition. Often, irresponsible remarks, whether chauvinist or illogical, as well as personal attacks, have been directed to opposition MPs from the ruling coalition’s elected reps; causing abrupt end of various debates in the lower house or worse still, complete chaos.

The effective functioning of the parliament has been relegated to the point that the deputy speaker, Wan Junaidi Tuanku Jaafar, conveniently compared the Malaysian parliament today with that of the Bangladesh’s. [7]

Furthermore, certain MPs have the tendency to skip parliamentary sessions throughout the year. [8] It is astonishing to see that despite not holding ministerial positions or important governmental posts that required urgent attendance of all official matters and frequent travelling, there still exists a number of MPs not attending parliamentary sessions for debates as well as voting processes on certain bills. Such irresponsible actions is a direct betrayal of the trust which the people give to their elected representatives.

Of course, these are the main prevailing problems in the parliament which the past and present ruling coalitions have conveniently brushed aside for many years, without seriously addressing them. There are still many other issues of less significance that also warrant attention from all quarters, especially the public.

With more Malaysians began to feel the policy pinches emanating from the failure of our parliamentary to function effectively and the situation in the parliament continues as it is, we may expect more public calls for parliamentary reform in the coming years or so. If that has not happened, we may end up with the public losing total faith in our parliamentary system.

[1] The presentation is made by Nicholas Chan from the Penang Institute on January 13, 2014. The data is based on the think tank’s project on Malaysia’s bicameralism. The figures are based on the presentation, Findings of Brief Study on Parliament and DUN Hansards, 2008-2012.

[4] The data is available in New Zealand parliament’s website, http://www.parliament.nz/en-nz/pb/sc/.

[6] The specific areas of research is available in the Congressional Research Service’s website, http://www.loc.gov/crsinfo/research/.

[7] As according to Patrick Lee’s article in Free Malaysia Today on 13 June 2013. Available at http://www.freemalaysiatoday.com/category/nation/2012/06/13/deputy-speaker-msian-parliament-a-mess/.

[8] The information is cited from Jeswan Kaur’s report in Free Malaysia Today on 18 October 2011. Available at http://www.freemalaysiatoday.com/category/opinion/2011/10/18/pay-first-people-second/.