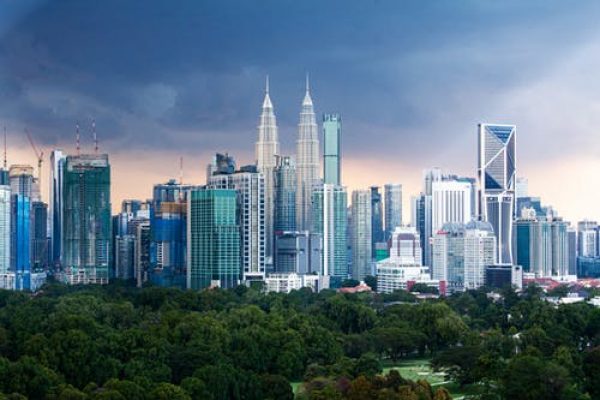 What digital economy do we want?

Over the last ten years we witnessed the unstoppable rise of the tech sector in the economy. The first company with a trillion dollar market capitalisation was Apple, quickly followed by Amazon and Alphabet (Google’s parent), while Facebook is not far behind. It is not just the biggest players that benefitted, venture capital investment in the sector is at record highs, especially for new and promising areas such as artificial intelligence, or augmented and virtual reality. The impact of the tech sector is so large and disruptive that it is now often referred to as “Big Tech,” in reference to the “Big Tobacco” moniker used in the eighties and nineties.

This rise is of course based on the realisation that technology is now pervasive in our lives. Billions of people worldwide get most of their social contact, news, and entertainment from a phone or computer screen. More recently, advances in hardware and infrastructure, notably broadband and cloud computing, have borne out Netscape creator turned venture capitalist Marc Andreessen’s prediction that “software eats the world.”

The Covid-19 pandemic has turbocharged this evolution. Adoption rates of e-commerce in the UK jumped from 20% to 35%. Video calls (software) replaced travel for meetings, movie streaming (software) replaced cinemas. Altogether, because of the pandemic, ten years of adoption have been compressed in ten months. Every sector and discipline is affected: five years ago, less than 5% of academic papers in biology referenced machine learning (again, software), today it is more than 25%.

Technology is now so fundamental to the economy that the last few years have seen the quick rise of nationalist and protectionist policies, not only to protect certain companies from foreign takeovers, but also to secure strategic supplies of microchips, for instance.

It is against this backdrop that the MyDigital plan was recently introduced, with the aim to transform Malaysia into a “digitally-driven, high income nation and a regional leader in the digital economy.”

By many measures, Malaysia is in step with the global evolution. Broadband internet is available to over 90% of the population, mobile phone penetration is around 135%, and usage of ecommerce, ride-hailing etc. is, if perhaps not pervasive, at least well established. There are some weaknesses to address too, notably in government (particularly open data), education and digitalisation in businesses, especially SME’s. The MyDigital plan sets out a series of sensible strategies to address these weaknesses.

In fact, considering the context, the plan may not be ambitious enough. Since “software eats the world,” distinguishing between a digital economy and a non-digital economy is no longer very useful. What characterises Big Tech by now is less their technological prowess, but rather their mastery of business and regulation. Therefore, in order to replicate their success, transformational policies are required in these areas too.

Given that digital technologies are relatively accessible, it is safe to assume that where there is a business case for it, the technology will already have been adopted. Consider a hawker stall owner who deals with her suppliers over WhatsApp. She would have benefited from the increased efficiency introduced by switching from a real-time synchronous voice-based medium (a phone call) to a real-time asynchronous text-based medium (messaging), in other words, there is a clear business case.

The hawker stall owner squarely fits into the MyDigital plan’s definition of the digital economy: “economic and social activities that involve the production and use of digital technology by individuals, businesses and government.” Yet, it is unlikely that by this technology adoption alone, the hawker stall will have a transformative effect on the economy.

What makes Big Tech so big then? Mainly, they have mastered the unique aspects of software to turn it into industry dominance. Software is characterised by practically zero marginal costs and positive network effects, meaning that software-based sectors trend towards a winner-take-all outcome, with users locked-in to a degree. After having achieved scale this way in one sector, Big Tech then take advantage of that scale and their locked-in users to enter new, adjacent industry sectors and repeat the process.

Their quick rise to achieve scale is also driven by a model that emphasises variable costs over fixed costs. Take Grab, for example, which is in the business of transporting people and goods, but employs no drivers (fixed cost) and owns no cars (fixed asset.) Thanks to cloud computing, even server costs are now variable. Amazon takes this even further, by transforming what was an expense, their web store back-end, into a revenue-generating business, now known as Amazon Web Services (AWS).

Digital technologies form the basis for these business model innovations, but they are not sufficient. Since every industry now relies on software, companies are using it in novel ways to solve industry-specific problems, not “digital” or technological problems. Moreover, such innovations evolve in response to the competitive environment, which may or may not compel businesses to increase their efficiency and productivity.

Bringing this back to Malaysia, reducing the availability of cheap foreign labour, for example, might be more successful in driving technological adoption than explicitly targeted policies. In today’s environment, a business looking to scale up will do so by hiring labour, instead of investing in tools and processes, because it’s cheaper. Were labour to become more expensive, either through market mechanisms or through regulation, the outcome of this equation would start to shift, bringing the desired innovation with it.

A similar reasoning applies to other areas of the economy, such as securities law to foster a dynamic capital market that will spur investment, bankruptcy law to enable more risk-taking by entrepreneurs, and so on. The point is that when digital technologies already are as fundamental to the economy as electricity and running water, policies to increase the dynamism and competitiveness of the economy overall will have a greater effect than policies narrowly targeted to increase digital adoption.

What digital economy do we want?

Although the preceding paragraphs may seem to imply that the digital economy is an unalloyed positive and uniquely worth striving for, by now we also know enough of the deleterious effects to proceed with caution, especially from a societal perspective.

The rise of Big Tech has resulted in blatant anti-competitive behaviour, effectively the flip side of the economic characteristics described earlier. Because of this, small start-ups face big challenges, since most of the touch points with the market are controlled by the big players (search, ad networks, app stores etc.) This threatens to impoverish the innovation ecosystem that enabled Big Tech to thrive in the first place.

The emphasis on variable cost models, especially the logic to reconfigure employee relationships to independent contractors, also has dire social consequences, with a rise in precarious employment and lower levels of income. To its credit, the MyDigital plan has recognised these dangers and intends to address them, for example by working out a social protection framework for gig workers, which is indeed long overdue.

A final issue brought forth by Big Tech is that of surveillance capitalism, as defined by Shoshana Zuboff: “a new economic order that claims human experience as free raw material for hidden commercial practices of extraction, prediction, and sales.” Recent experience has shown that this dangerous impulse must be regulated, not based on the idea that “data is the new oil,” but based on the premise that our private information is a personal and social good that is ill-suited to the logic of the market.

Essentially, the opportunity before us is indeed transformational. Based on the lessons learned over the last ten years, we should aim not just to digitalise the economy, but instead to redesign it. By revisiting and aligning adjacent policies like competition, data privacy and social protection, we can develop a dynamic and innovative economy that uses digital technologies to the fullest, for the greater good of everyone.