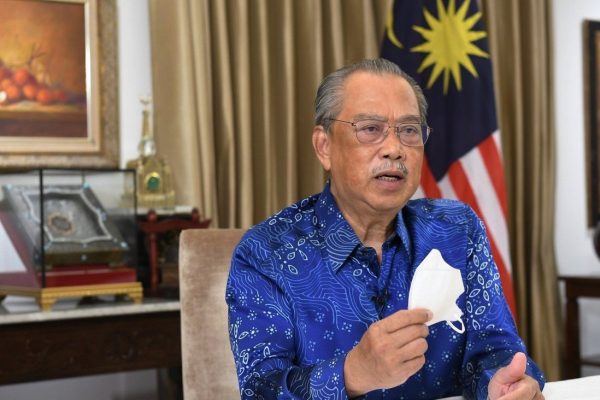 When does political deal making cross the line into criminality?

In Malaysia, this question has come squarely into focus after Prime Minister Muhyiddin Yassin on Friday offered major concessions to the opposition in exchange for their backing in a no-confidence vote next month.

The embattled leader, who pitched his deal in a televised address, outlined eight proposals including a promise to hold fresh polls by July 2022.

The main objective of his offer, Muhyiddin argued, was to maintain political stability amid the Covid-19 crisis.

Recent defections have reduced his parliamentary support to below a simple majority of 111 among 220 lawmakers, and defeat in the September 7 floor test will force the country’s constitutional monarch to appoint a new prime minister.

To stay in power, Muhyiddin among other things offered his bitter rival and Malaysia’s official opposition leader, Anwar Ibrahim, the status and privileges of a senior minister – a position currently held by just five loyalists in the 32-member national cabinet.

Muhyiddin, who gained power last March by inducing defections from Anwar’s ruling Pakatan Harapan bloc, also offered to back a series of reforms the alliance, now in opposition, had earmarked before its ousting.

These include a law to prevent defections from political parties and a two-term limit for the prime minister.

But Pakatan Harapan and other anti-Muhyiddin groups wasted no time in rejecting the proposal and reiterated their demand that the premier resign immediately.

The anti-government bloc, which usually put forth disparate criticism of Muhyiddin, this time around spoke in unison – with almost every group branding the unity deal a form of corruption.

The Anwar-led Pakatan Harapan, which consists of 88 MPs, lampooned the prime minister for “openly offering a bribe on live television in front of all Malaysians”.

Others, including Muhyiddin critics who are themselves tainted with graft, echoed that refrain.

“Umno cannot consider any kind of offer from someone who has no legitimacy, what more who offers bribes openly and is desperate to lengthen his political lifespan,” said Ahmad Zahid Hamidi, leader of the United Malays National Organisation (Umno).

Umno, with 38 MPs is on paper an ally of the ruling coalition, but Zahid and former prime minister Najib Razak are part of a faction that has lobbied intensely for Muhyiddin to step down, citing his incompetence in managing the pandemic.

Zahid and Najib are currently facing criminal trials for corruption but remain politically influential. Asked if Muhyiddin was legally wrong to seek bipartisan support through concessions, political observers who spoke to This Week in Asia about the political wheeling and dealing in recent weeks – ahead of the confidence vote – noted that such activity had been taking place in the country without censure for some time now.

One example cited was the manner in which Muhyiddin gained power last year.

His machinations against Pakatan Harapan, which he was then part of, included the disbursement of high-powered jobs in government-linked bodies to MPs who backed his political coup.

A leaked audio recording released last May after the manoeuvre featured a man with Muhyiddin’s voice emphasising that defections could be induced if MPs were given plum positions.

“If they can’t be ministers, they can be chairmen of GLCs (government-linked companies),” the person is heard saying, adding that this was part of a “scheme of things” to gain power.

Muhyiddin has so far maintained silence over the audio clip’s authenticity.

Thomas Fann of the independent electoral watchdog Bersih 2.0 said the proliferation of such dealings was severely harmful to the country’s already fragile system of democratic government.

“At the heart of the horse trading that leads to party hopping is abuse of power, self-interest and corruption,” Fann said.

“MPs are enticed to align with the prime minister through promises of positions in cabinet and government-linked companies.”

While Muhyiddin’s latest proposals – which did not offer specific jobs or personal gratification to opposition MPs – do not fall in a legal grey area, the same cannot be said for the ruling Perikatan Nasional’s earlier effort to dole out jobs to loyalists, other observers suggested.

These roles usually come with additional stipends and perks.

Andrew Khoo, a prominent local lawyer, said a good start to fixing the country’s defective political system would be a total ban on MPs holding chairmanships or directorships in state-linked bodies.

Cynthia Gabriel of the anti-corruption watchdog C4 Center said the threat of arbitrary bribery investigations against government critics – and MPs who are not enticed by incentives – was also among the harmful practices prevalent in the country’s politics.

There were indications that some lawmakers’ loyalty to the Muhyiddin administration was being preserved through the threat of such probes, the activist said.

The C4 Center and Transparency International in July sent queries to the Malaysian Anti-Corruption Commission (MACC) regarding the lack of updates regarding the status of corruption investigations into two MPs seen as backing Muhyiddin.

The groups said the MACC “remaining silent and not updating will lead to a trust deficit among the public on its independence”.

The introduction of recall elections, meanwhile, could end all forms of back room political dealings, said Iskandar Fareez of the Research For Social Advancement Berhad (Refsa) think tank.

“Essentially, this mechanism has a two-pronged benefit – it works as a disincentive for MPs to switch sides unnecessarily as they could end up facing an early election while providing an avenue for electorates to keep their representatives accountable throughout their term of service,” Iskandar said.

For now, these proposals to rid the country of unsavoury political deals remain a pipe dream.

With the opposition parties rejecting Muhyiddin’s overtures, all eyes will now turn to a meeting between the veteran politician and the king, Sultan Abdullah Sultan Ahmad Shah, which is reportedly expected to take place on Monday.

The immediate concern for now is not whether Muhyiddin had been politically or legally kosher with his offer, but whether he can legitimately continue as prime minister without a parliamentary majority and with his last-ditch unity plea falling flat, observers said.

With Muhyiddin’s proposal offering definitive evidence that he no longer has majority legislative support – contrary to his earlier insistence – Sultan Abdullah could exercise his prerogative powers to dismiss the government and appoint a new prime minister.

“As long as Malaysia is trapped in this political impasse, Malaysians will be at the losing end as the matter of lives and livelihoods will continue to be on the back burner,” said Refsa’s Iskandar.