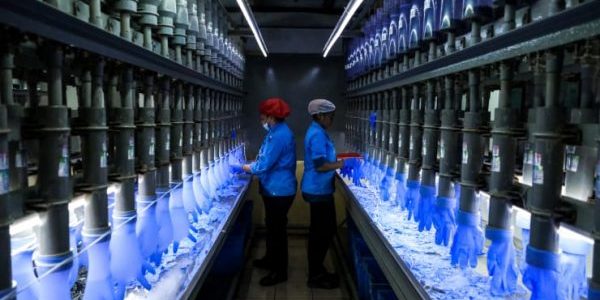 To set the path of economy recovery, the Government must step up job creation via a “Mission-Oriented” Industrial Policy

The PENJANA Short-Term Economic Recovery Plan announced by the Prime Minister Muhyiddin Yassin on 5 June 2020 has its merits but still lacks the depth needed to protect jobs and livelihoods. To set us on a path of economic recovery, the government must urgently undertake a “Mission-Oriented” Industrial Policy that goes beyond protecting jobs in the short run, and aims at creating new jobs in the medium-to-long run.

While the three pillars – Empower The People, Propel The Business, and Stimulate The Economy is a step in the right direction, this latest RM35 billion package – of which only RM10 billion is estimated to be direct cash injection – can be said to be a tad too little, too late.

Aimed at restarting the economy as we ease the MCO restrictions, the Recovery Plan has improved in breadth with more targeted measures on youth, informed by the advent of the gig economy and a more targeted sectoral approach – such as in the tourism industry and the property sector which are most badly hit by the crisis.

However, the depth of the program could be improved. The wage subsidy programme of RM5 billion would extend coverage for three months and now covers those who are asked to take unpaid leave, but the sum remained at RM600 per individual, a figure many businesses would find insufficient to retain workers.

A more effective approach would be partial income replacement to cover at least 50% of incomes is necessary, which is undertaken by countries such as Singapore and the UK. This is important to ensure as many jobs are kept as possible, so that we can return to as close to baseline economic activity as possible and boost private consumption, which will have a stimulating effect on the economy.

There is also the distributional impact of policies that the government has chosen to stimulate growth. One could argue that instead of giving tax reliefs to purchase of cars, which would stimulate the economy but most likely benefit already high-income groups, the money would be well-spent to support low-income workers that are in more economically precarious positions.

For most Malaysians, it is a bread-and-butter issue – a question of survival. The recent findings of the Social Security Organization (SOCSO) published on June 4th, 2020 highlighted that job losses increased by 42% year-on-year in Q1 2020. While the first quarter of 2020 saw the Malaysian economy grow at 0.7%, the Ministry of Finance forecasted that the overall growth for Malaysian economy in 2020 might be at -4.7%. Notably, 72% of all job losses are low income (below RM3,999) earners.

Since only half (7.5 million of the 15.0 million) of full-time employed persons are captured by the SOCSO EIS database, we believe that the true extent of job losses is most likely understated. Despite the Prime Minister announcing that the wage subsidy program successfully saved 2.2 million jobs that may or may not have been lost, SOCSO’s EIS  numbers leave us wondering if the program was enough to meet its objective.

It is, however, impossible to assume that the economy can be “stimulated” by merely propping up demand side economics. Spending vouchers, tax relief, and lowering mandatory retirement savings might spell temporary relief, but the government must look at a much-needed long-term economic reform for Malaysia.

A “mission-oriented” industrial policy must be in place to propel our economic growth, correct our existing structural problems and deliver social goods. According to the UCL Institute for Innovation and Public Purpose, “rather than focusing on particular sectors – as in traditional industrial policy – mission-oriented policy focuses on problem-specific societal challenges, which many different sectors interact to solve. The focus on problems, and new types of collaborations between public and private actors to solve them, creates the potential for greater spillovers than a sectoral approach”.

Malaysia has been experiencing premature deindustrialization since the Asian Financial Crisis. At its peak in the late 1990s, share of high-tech manufacturing relative to the GDP was approximately 15% but it has since dropped to about 8% in the 2010s. In contrast, low value-added traditional services like retailing has risen from about 16% to nearly 20% during the same period. The Movement Control Order (MCO) brought about severe hiccups to the global supply chain and disrupted domestic business operations. Malaysia will face major shakeups to its export-led manufacturing model, disruption in the services sector, a commodity crunch, a slowdown in consumption-led growth, and a glut in the property, construction and banking sectors.

In other words, the unemployment crisis seen after this pandemic is unlikely to be merely cyclical. Rather, it is an expedition of the consequences of deeper and more structural job market problems in Malaysia. Even before the pandemic, the Malaysian labor market has always faced structural challenges in terms of high youth unemployment/underemployment, suboptimal worker’s protection, and low wage levels that cannot support a high cost of living.

While initiatives such as job matching portals announced in the PENJANA package can reduce search costs and ease reemployment, it does nothing to fundamentally recreate genuine demand for labor.

It is important to recognise that there will be jobs in sectors that will never return to their full employment levels, as the ability for businesses to adapt to the new normal and technological disruptions varies. We expect jobs like toll collectors (disrupted by RFID), cinema theatre attendants (disrupted by Netflix/iFlix) and department store salespersons (disrupted by Lazada and Zalora) may never return to pre-COVID-19 employment levels. In the short-term, a robust social safety net will be needed to absorb the impact on livelihoods.

The longer term policy goal however, would be to strategically identify areas that have actually seen a surge in manpower demand like online retailing, delivery services, healthcare and education. For example, only 2 weeks into the MCO at the end of March 2020, Food Panda has seen 7.5% increase in riders and 37% increase in new applications. The role of the government would then be to ease this transition for vulnerable groups as smoothly as possible – be it via reskilling, unemployment benefits, income support, or temporary job placements.

Thinking beyond this, the “mission-oriented approach”, a term expounded by renowned economist Mariana Mazzucato, is highly timely. Instead of “leaving it to the market”, it is imperative that the government play an active role in shaping and creating the markets for the future economy, thereby acting as a catalyst and priming the market to follow suit in investments.

It takes a problem-solving approach and directs state investments into innovations that would generate social goods, such as solving a public health crisis, or tackling climate change.

To that end, we welcome the initiatives in PENJANA including the speeding up of the digitisation process via the Technology Innovation Sandbox, the RM350 million agro-food fund, and the RM10 million matching grant for social entrepreneurs. These efforts however, should be doubled down with the backing of a larger industrial policy plan.

Job generation is to be the primary consideration. The path to recovery post-COVID-19 must not be fixated on GDP growth, but should also harness the opportunity for reform of both the economy and the institutions. That way Malaysia can leverage this opportunity to build-in resilience into the Malaysian economy by moving up the value chain, pay workers commensurate wages, and create a more economically inclusive society.

A “mission oriented” industrial policy plan can be achieved with three necessary steps;

● Firstly, to identify the “missions” by undertaking an honest and exhaustive mapping of vulnerabilities within the economy and society. Questions that should be asked include: what are the three or five most important economic, social, and environmental malaises that must be most urgently solved for Malaysia?

● Secondly, to develop a clear “mission-oriented” industrial policy framework with strategic goals and projections. Questions that should be asked include: what is the ideal level of involvement of the government? Should the government directly invest in the solutions and sectors, or should the government stick to last-mile regulatory controls?

● Thirdly, to use the framework to identify leading sectors and executing agencies that will create quality economic growth and jobs. Questions that should be asked include: which sectors would contribute the highest GDP while creating as many decent-paying jobs as possible? Who would be involved in promoting the sector, the government, GLCs, the private sector or regulating agencies?

To start with, we believe the “Missions” that will be highly relevant post-COVID-19 and will be able to generate jobs across sectors, this includes (but not limited to):

● Increasing access to Healthcare by ensuring sufficient medical supplies for the nation and the region – leveraging on Malaysia’s existing market as the biggest medical glove producers, and providing an ecosystem of affordable healthcare and palliative care services, in anticipation of greater healthcare needs Post COVID-19 as well as  an ageing society

● Reducing digital gap and increasing digital inclusivity through businesses that stimulate online learning and upskilling and increasing coverage and speed of IT and communications, especially for school and university students from non-urban areas

● Ensuring decent shelters for all segment of societies through innovative social housing projects and sustainable living space solutions, providing renting as an alternative to ownership, and encouraging housing models that are based on the idea of housing as public goods in order to solve the deep supply-demand mismatch plaguing the Malaysian urban housing market

Role of GLCs and Private Sector

This conversation is to be had most urgently with Government-linked Companies (GLCs) and the private sector. The liquidity residing within the GLCs and private capital within the banking system could be strategically mobilized to invest in these high-potential sectors.

GLCs particularly possess the capital, professional expertise, and economies of scale to be able to pick winning economic sectors and businesses and invest at best-cost execution.

At the moment, GLC monies are still heading abroad for higher returns due to a lack of attractive investible pool of assets that match their demanding annual return requirements and risk appetite.

Standard Corporate Social Responsibility (CSR) and philanthropic strategies among GLCs are not enough, especially in its current form where impact evaluation practices are severely lacking and there exists ample room for political interference.

The government should explore an array of policy levers to incentivize or attract private funds (within GLCs or the banking system) by creating an ecosystem for these sectors to flourish and become investible. These policy levers include approvals and regulations (ease for desired businesses, tighten for less-desired businesses), providing incentives, subsidizing complements and taxing substitutes, and even directly investing or underwriting businesses in these new strategic sectors.

Since we are already at a recovery stage according to the government’s 6-point response for COVID-19, time is opportune for the government to think less reactively and more preemptively, especially in creating jobs through economic growth.