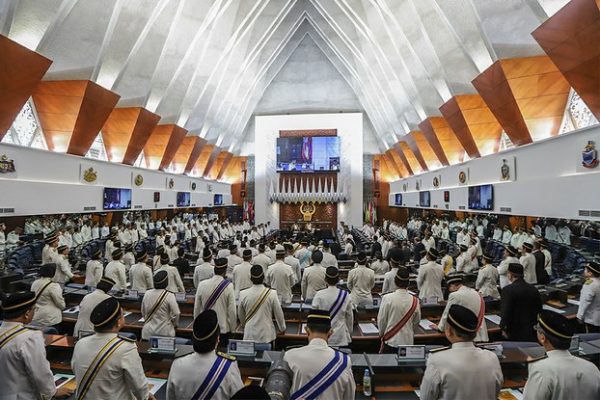 Budget 2021: Time for a political truce

The Yang Di-Pertuan Agong media statement on 28 October 2020 called on MPs to support and approve the Budget 2021 that has recently caused a stir in the country. This is the first time a Head of State has had to advise our politicians to support the government’s budget, irrespective of political differences, in light of political crisis and Covid-19 pandemic.

Society and academics suggest the government implement the Confidence Supply Agreement (CSA). This method is a consensus that the opposition will not reject the budget and cast a vote of no confidence in the Prime Minister.

Regardless of all this political tension, one wonders, will the opposition be willing to cooperate this time when they were almost skinned apart after PN attempted to announce a state of emergency?

Why Perikatan Nasional should be transparent in its approach

Opposition Leader, Datuk Seri Anwar Ibrahim has expressed the readiness of the opposition to work together to formulate plans to overcome the Covid-19 crisis with the government. But Muhyiddin’s government is still silent and reluctant to respond to such requests.

In light of a slim majority held by the PN government, the position of the PN government, it is important for them to be open and transparent to reach a consensus before tabling the budget. The government needs to be committed in this regard and give space to opposition MPs to draft its alternative budget.

Opposition MPs have the right to view the details of the 2021 Budget before it is tabled and involved in budget discussions. It should be emphasized that these government-opposition negotiations do not provide an easy way for the executive to escape the check and balance of parliament.

Undoubtedly, so many suggestions were given by the opposition, but it was not neatly arranged. Opposition MPs also seem to be divided and demands do not have properly documented proposals that want to be included in the 2021 Budget systematically.

Traditionally, Pakatan Harapan (PH) will issue an Alternative Budget as a document that provides proposals that can close the national budget gap. This includes employment, healthcare policy, and strategies to address the cost of living.

However, the rakyat is still unclear on the direction of the alternative budget from the opposition. So, how will the opposition negotiate with the government if it does not have a framework of demands to be tabled?

So far, the rakyat has not seen any means of cooperation from the government nor the opposition in response to Budget 2021. This should not be delayed further as any political maneuvers to hijack the budget will deem detrimental to the future of the country.

For a start, it is appropriate for the Minister of Finance to issue a Pre-Budget report to parliament and the public. Pre-Budget is a document that contains information on the current position of the country’s expenditure and economy, government policies, and economic direction in the 2021 budget.

The information provided in the pre-budget report can be analyzed by the opposition in advance and help them prepare a framework of proposals to be submitted to the government in Budget 2021.

Further, streamline and strengthen this cooperation even further, a parliamentary Select Committee needs to be set up in relation to the 2021 Budget negotiations between governments. Its members must consist of government and opposition elected representatives as well as representatives of the National Budget Office (NBO) to negotiate budget details.

Sessions involving the organization and civil society need to be implemented in this committee so that they have the opportunity to submit proposals for inclusion in the budget. It would be better if this committee was set up before the presentation of the budget so that MPs can review the budget comprehensively.

The PN government must revive the Select Committee to examine the budget allocated to each ministry. To date, the Dewan Rakyat Speaker has not announced the new list of Select Committees and this has limited parliamentary scrutiny of the government budget and policy.

In the interest of the people facing the Covid-19 crisis, the Prime Minister needs to take immediate steps to cooperate with the opposition in the next parliamentary session. It is not fair if the government continues to drag the rakyat to a further political struggle in such trying times. If this cooperation takes place, it will be the starting point towards a more mature politics and parliament in fighting for the rights of the people.