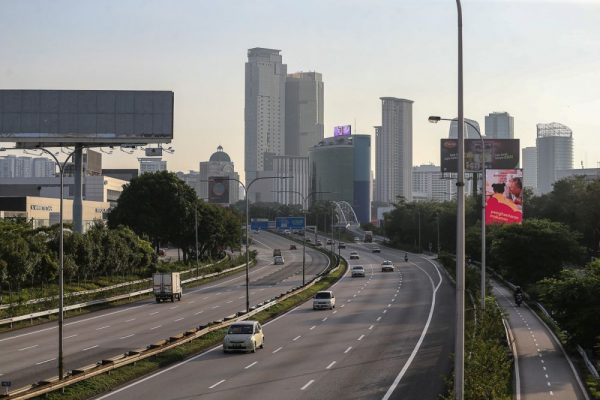 Transmission level in the community, capacity of public healthcare system, and vaccination rate of the population should be Malaysia’s guiding principles before entering into another phase of the National Recovery Plan (NRP), a four-phase exit strategy from the Covid-19 crisis, and not based on any timeframe, say economists.

Even if these threshold indicators are met and fully operational, the standard operating procedures (SOPs) should be part of the norms in the Malaysian society, at least for now, they opined.

Bank Islam Malaysia Bhd chief economist Mohd Afzanizam Abdul Rashid said everyone should play their role to adhere to the SOPs, while at the same time, getting vaccinated to further speed up the process of economic recovery.

“I believe we would be able to return to our normal daily routines but as of now, we should hold on to this guiding principle in order to switch to another level,” he told Bernama.

Prime Minister Tan Sri Muhyiddin Yassin had on June 15 announced the four-phased NRP with three specific threshold indicators that will decide if and when Covid-19 pandemic restrictions are lifted in stages.

The threshold indicators are the Covid-19 transmission level in the community, the public healthcare system’s capacity and the vaccination rate of the population.

This phased approach begins with phase one which is the implementation of a nationwide Movement Control Order (MCO) that is currently in effect due to the high daily cases, the public health system at a critical level, and a vaccination rate that is still low.

“It (the NRP) has what we call threshold values…but we have to understand that the situation changes and that is why we may make slight adjustments,” he said recently.

Based on the NRP, the nation should be entering the second phase by allowing economic sectors to operate in stages, with 80% capacity once the daily Covid-19 cases drop below 4,000.

As as of Saturday, the country recorded 5,803 new cases, surpassing the 5,000 mark for four consecutive days, pushing the cumulative figure for positive cases in Malaysia to 728,462. There were 81 new deaths registered today, bringing the total death toll to 4,884.

This has somewhat brushed off many hopes especially for manufacturers to resume businesses supposedly after June 28, 2021, which is the end of the Full MCO (FMCO).

“Even with the FMCO in place, workplace clusters continue to show no signs of subsiding, making up more than 65% of reported cases since June 1.

“The United Kingdom’s outbreak resurgence due to new variants also shed light on how a country could not guarantee that it would open its economy and social sectors solely by vaccinating a majority of its population.

“An alternative exit strategy is sorely needed,” they said.

The researchers said factors contributing to workplace clusters must be addressed and aside from enforcement issues, the government needs to assess if existing SOPs are sufficient to prevent any arising outbreak from potential cases at premises that could endanger employees’ lives and disrupt operations.

To encourage adoption, the government should assist employers with “pandemic-proof” workspaces and living quarters through financial support.

“Rather than a one-size-fits-all arbitrary metric of workplace capacities, SOPs should be science-based and dynamic, updated regularly with inputs from industry players, other stakeholders, and also data from the field.

“But we should go even further as scientific findings have indicated that the virus is airborne, so the government should focus on updating the SOPs to ensure business premises improve indoor air quality, thereby reducing transmission,” they said.

The researchers explained that the most obvious action that could be taken is to incentivise through associated tax deductions or subsidies, installation of appropriate sensors, and ventilation systems at workplaces.

“The use of smart technology should also be promoted, such as automated doors, motion sensored lights or other ‘no touch technology’ for switches and handles.

In addition, they noted that a work rotation system – with one week at the office and one week at home, or more flexible working hours and shifts – could be introduced to prevent big crowds at the workplaces.

For the same purpose, operating hours for public transportation and other public spaces can be extended.

University of Malaya senior lecturer Dr Mohammad Tawfik Yaakub said the government has a good plan, however, there is room for improvement at the implementation level.

“We now see overlapping jurisdictions and directives which are creating confusion not only for stakeholders in the economic sector but also for the people.

“And if the economic sector is opened gradually to all sectors, I am worried that the situation will worsen through the manufacturing cluster,” he said.

Mohammad Tawfik also suggested to the government to come down harder on individuals who violate the SOPs.

“Besides slapping them with a hefty compound, the individual should be published in the print media, with the aim of making it a lesson to others to be more vigilant in cases of violating the SOPs.

“The people can no longer tolerate the behaviour of some individuals who deliberately violate the SOPs and only pay the compound,” he said.

Consequently, he said Malaysia could reduce the day-to-day cases progressively by being assertive and create mechanisms capable of dealing with the current volatile situations.

“Apart from that, the government should speed up and strengthen the vaccine rollout initiatives for the economic sector, especially the manufacturing sector,” he added.

Covid-19 as an endemic disease

Malaysia has set a target of achieving herd immunity by inoculating 80% of its population, or 26.7 million out of the total 33 million people in the country.

There is widespread consensus among scientists and public health experts that the herd immunity threshold is not attainable, at least not in the foreseeable future.

Instead, they are coming to the conclusion that rather than making a long-promised exit, the virus will most likely become a manageable threat that will continue to circulate in the country for years to come.