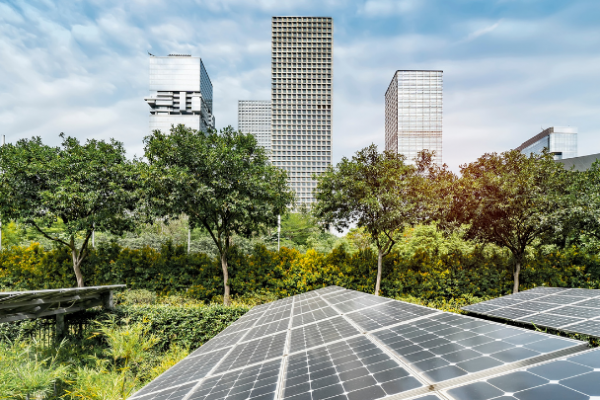 Three themes to build back better our economy

The Malaysian economy as it is today rests on a model which is on its last legs. Effectively, it still relies too much on primary industries (palm oil, fossil fuels), property development, relatively low-cost and low added-value manufacturing integrated in global supply chains, and relatively low added-value services such as tourism and hospitality. Each of these sectors were already facing daunting challenges before the pandemic, but in many cases their predicament has now become acute. These activities can no longer be relied upon to generate growth, and there is no clear plan for identifying new sources.

Translated to the population, slowing overall growth combined with low productivity growth means wages are low, in many areas below the minimum required for a normal life. This translates to a feeling of economic insecurity for many households. Increasing wage levels is therefore critical, not only to increase overall economic security, but also because this will lead to higher levels of domestic consumption, in turn contributing to economic growth.

Another contributor to economic insecurity is relatively low labour force participation, particularly for women, who still tend to leave the labour market to focus on their household. Enacting policies to enable more women to enter or return to the workforce through better support systems, and increase labour force participation in general, are necessary. Overall, this ties into the related need to build a comprehensive social safety net, based on the already existing programmes.

These are the themes we should focus on as we build back better after the pandemic. Taken together, these themes aim at a transformation of our economy, triggering higher growth rates with new or nascent sectors, sharing the prosperity that derives from it equitably, and ensuring no one is left behind.

Trigger higher and cleaner growth through a mission-oriented industrial policy

Too much of the Malaysian economy still depends today on primary industries and property development, industry sectors that do not provide much growth at a global level and where there is little headroom for productivity increases and higher wages. In order to pull Malaysia out of the “middle-income trap”, it is necessary to kickstart new sectors, with higher scope for growth and for productivity improvement. Other countries have shown this evolution, such as Singapore.

Rather than approaching this in piecemeal fashion, for example with the government making some investments in particular economic sectors, we advocate for a broader strategy that builds on the concept of missions. The appeal of a mission-oriented strategy is that it focuses on specific challenges facing the country, instead of betting on a given sector, which may or may not result in success.

In a mission, the government convenes all stakeholders in a particular problem to formulate a specific challenge, for example related to the UN’s Sustainable Development Goals, and invites solutions from all, private and public sector actors. The government doesn’t dictate what needs to be done, but supports individual efforts in various ways, most importantly by providing “patient finance”–finance that doesn’t expect a short-term return and understands the outcome of a mission is uncertain. Eventually, the most economically viable solution will emerge as the best response to the challenge, and can then lead to the development of a new sector and unlock economic growth.

The canonical example is the boom in technology over the last ten years, which is based in large part on work initially done for the Department of Defense in the US, for example GPS and the internet.

In this context, Malaysia already has distinct competitive advantages that it can leverage, for example in green energy (solar and biomass), agriculture, the care economy, and even in high value-added services, such as professional services and technology.

Transform the labour market by increasing worker productivity and their wages

Malaysia’s median household incomes are in many cases below the living wage, especially in densely populated urban areas. Partly as a consequence, Malaysia sees a high degree of labour emigration, towards relatively low-paid jobs in the destination economies. Conversely, we see a large immigration of cheap foreign labour, which is usually underpaid and generally subsisting in very austere conditions.

The availability of such a large reservoir of cheap labour inhibits investment in automation that would increase productivity and enable employers to pay higher wages to a smaller number of workers. Policies should be put in place to reflect the real cost of hiring foreign workers, including provisions to ensure they’re housed in safe and sanitary quarters and benefit from healthcare, two factors that would have had a direct impact on the evolution of the pandemic in Malaysia.

At the same time, we also need policies that provide generous incentives and training and advice for automation, starting with the sectors most susceptible to foreign labour.

The goal is eventually to equalise the cost of foreign and Malaysian workers, and increase productivity significantly so that individual wages can rise, in particular for low-paid positions—all without increasing the unit cost of the product or service being produced. Increased wages at the bottom of the income distribution tend to push all incomes higher, hence increasing economic security for all workers. Moreover, an increase in minimum wages can encourage employers to invest more in their workers’ skills, so this should also be considered.

Overall, policies should be designed to offer both a carrot and a stick to increase productivity through automation and reduce reliance on foreign workers through higher costs.

While higher wages are an important factor in inequality and economic insecurity at large, it is not the only factor. Certain segments of the population are not active, and in many cases are hovering around the poverty line. Specific policies are required to ensure they are not left behind.

First, creating the conditions for more labour force participation is critical, in particular for women who tend to shoulder a disproportionately large share of the household burden, and hence do not work as a result. Facilitating their (re-)entry in the labour force could increase the number of households with two sources of income, hence increasing their economic security. Among the measures that could be considered here are better and cheaper provision of childcare and elderly care.

Second, economic transformations of the magnitude that is required to modernise our economy will cause labour market disruption in the short term, meaning unemployment. Existing unemployment schemes cover only part of the eligible population today. Working to increase their coverage will ensure that more workers maintain their income levels for a longer period of time if they suffer unemployment. Moreover, doing so might also reduce the forced transition into more tenuous and lower-paying forms of employment, such as the gig economy.

Third, some segments of the population benefit from cash handouts because their income is non-existent or below the living wage or even minimum wage threshold. These handout programmes should be reviewed and streamlined, to ensure the money reaches the right people and that the handouts are modular in function of the recipients’ conditions (e.g. living in an urban area.)

Taken together, these three items aim to integrate and expand the already existing programmes into a comprehensive social safety net, ensuring that no one is left behind.

Lastly, addressing the issue of a social safety net and shared prosperity also requires looking at government revenues and a fair tax burden in particular. Reforms in this area are also recommended.