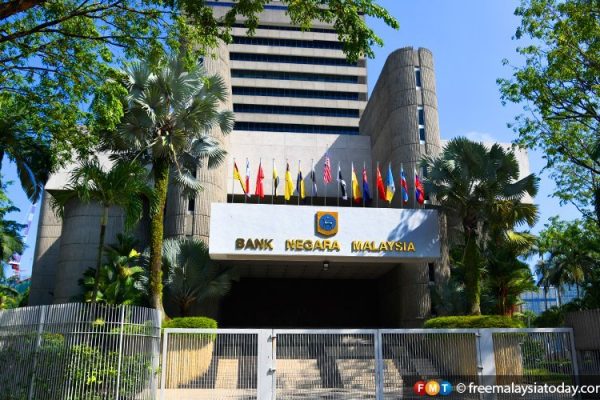 Bank Negara Malaysia’s (BNM) growth forecast of 6% to 7.5%, as stated in their Economic and Monetary Review earlier this month, has come under intense scrutiny from a think tank.

Research For Social Advancement (Refsa) released a report today in which it questioned the forecast for being too optimistic and arguing that it should be revised downward.

In its report, which was jointly prepared by former deputy minister of international trade and industry Ong Kian Ming, Refsa warned that there was a chance the country may be in for another difficult year in 2021.

Among the questions posed to BNM was whether or not the pandemic situation was really improving, noting how the daily cases hit the 2,000 mark for the past seven days.

At the same time, they said only a small percentage of the population had been vaccinated so far, with low registration rates.

Refsa also questioned if it was possible for the economy to recover while the pandemic is not under control.

“The relaxation of certain movement restrictions has not indicated that economic activity would return to pre-pandemic levels, with some sectors such as retail, entertainment, live performances and travel and tourism needing to carry on with subdued activity,” the report said.

It also disputed the positive spillover effects that Malaysia can expect from improving market conditions globally.

According to Refsa, the risk of the pandemic has not fully receded as seen in Europe and in parts of the US, despite their significant progress in vaccination roll-outs.

Meanwhile, on the issue of export growth, Refsa questioned BNM if the large contributors to exports last year, such as the electrical machinery and equipment might run its course for 2021.

“It would also depend on economic recovery in China and India, the two largest importers of Malaysian palm oil,” it said.

On BNM’s optimism over labour conditions, Refsa pointed to the most recent labour market data, which did not seem to show significant improvements compared with 2020.

“Malaysia’s unemployment rate is exhibiting hysteresis, standing at 4.8% as of February 2021, with no change recorded since April 2020 just after the implementation of the first MCO.

“Underemployment also remains high and persistent. Anecdotally, there is no evidence of large employers looking to recruit heavily.”

Refsa also questioned if the government would actually be able to increase public spending, aside from having the policies in place to manage the end of the pandemic.