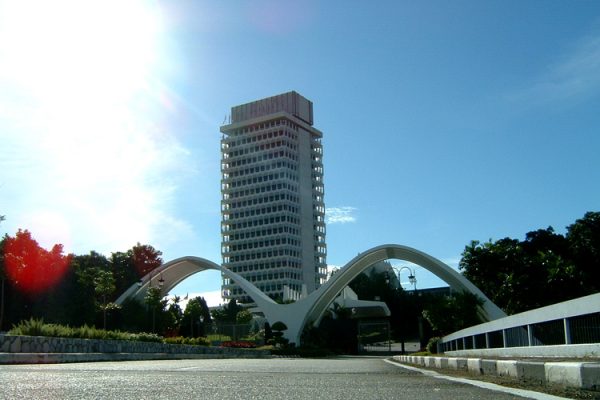 The speaker must also know politics

In an interview about a week ago, Dewan Rakyat speaker Azhar Azizan Harun sang a different tune from that of his deputy Azalina Othman Said on the issue of reconvening Parliament in a pandemic.

According to Azhar, Azalina’s suggestions (about reconvening Parliament) were made in her capacity as a member of Parliament instead of her role as a deputy speaker; which was in contrast to the role of a speaker, who is not aligned to any political party.

The speaker’s stance of trying to distance himself from politics is, first and foremost, inaccurate.

For a start, Azhar was chosen as a speaker among the government politicians to replace the previous speaker, Mohamad Ariff Md Yusof, on the grounds of “a new candidate”, which means the speaker’s appointment was also subjected to political interest.

Let’s face it, the appointment of a speaker is not free from political influence in some ways. However, a speaker needs to understand the intricacies of ‘politics’ in carrying out his duties.

Parliament is needed to defend the function of politics from being silenced or pressured by politicians, especially those in the ruling government. The speaker’s political assertiveness will be able to prevent Parliament from becoming a victim of political manoeuvring, which can be detrimental to the country’s wellbeing.

Secondly, politics may pave the way to assist in creating political cooperation between the government and the opposition.

A speaker who is skilled at analysing the political situation and knows how to unite dissenting MPs to work together on an issue or policy will add value to Parliament.

Thirdly, the speaker needs to consider the political climate by allowing discourse to take place, particularly with regard to amendments and legislations related to combatting Covid-19. This will build the confidence and awareness of parliamentarians, ministers, and the people in an effort to improve parliamentary democracy.

Additionally, the speaker can also implement his proposals and ideas to strengthen the function of Parliament in reviewing and balancing the role of the cabinet. It is unbecoming of a speaker to grapple with a shouting match between MPs as it serves no purpose.

Hence, the speaker has a vital role to play to create a sense of bipartisan cooperation between the government and the opposition. A speaker who is firm in making sound decisions will uphold Parliament’s image as an important part of democracy rather than a legislative body that could be misused by irresponsible parties.

Tough time calls for tough measures. Although Azhar’s performance so far has been far from perfect, it is his political ignorance to sideline Parliament that has got people all riled up. Azhar should recognise that he is bound to protect Parliament’s integrity. However, his silence and ignorance are baffling.

The people and many political leaders want Parliament to reconvene. Covid-19 is real and many stakeholders have demanded transparency from the government. Azhar, as the highest-ranking presiding officer of the Dewan Rakyat, must speak up to fight for the rights of the rakyat and parliamentarians and pressure the prime minister to be accountable to Parliament.

Instead, the speaker chose to follow the executive order through the Emergency Ordinance to postpone parliamentary sessions indefinitely. Thus, the people are slowly losing faith in the speaker’s ability to restore parliamentary democracy.

The truth is, the role of the speaker should not be defined by his/her political affiliations. What is more important is the extent to which the speaker can use his knowledge and powers to keep Parliament functioning that could have a significant impact on the well-being of the people and the country.

The position of the speaker as the leader in Parliament is now more pertinent than ever in promoting the “whole-of-government” approach. It is high time the speaker responded and addressed the pandemic issue to reflect the constitutional role of Parliament.

The speaker occupies the highest position in Parliament and it is important that he shapes a more mature politics even though the political space has its boundaries. He must at the same time maintain political impartiality.

-Published in Malaysiakini on 9 June 2021. For Malay version, read here.