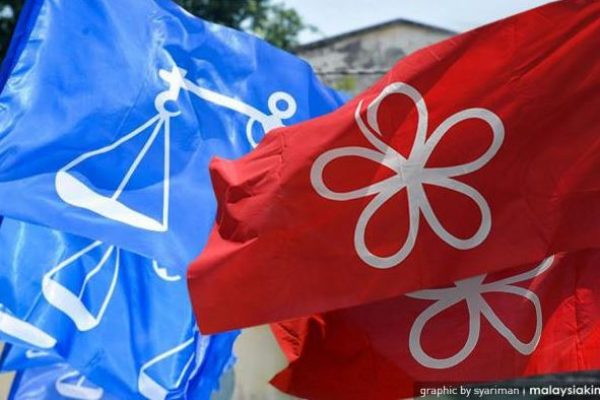 The end of the single-party dominance era in Malaysia

After more than 60 years living under the Umno-dominated BN) administration, Malaysians have become accustomed to the single political party hegemony.

In fact, most of us are still trapped in this mind-frame and model that we tend to think there’s a need to have a single dominant party in a political coalition.

Yet, the results of the 14th general election (GE14) in 2018 have shown that this structure no longer applies in our country’s current political context. Our political model has changed. There is no such thing as a dominant party in government anymore, nor did it exist during the Pakatan Harapan administration or the Perikatan Nasional administration.

However, there are still many politicians who have difficulty accepting this new political normal. Even Prime Minister Muhyiddin Yassin himself has not fully grasped these shifts, still trapped in pre-GE14 archaic assumptions.

He is still obsessed with the notion of obtaining a comfortable majority in parliament to strengthen his position while positioning Bersatu as the dominant party.

It can also be inferred that the current instability Muhyiddin’s administration faces today was borne out of the incessant rivalry and competition between Bersatu and Umno to become the ‘big brother’ in the PN coalition.

To achieve this goal, Muhyiddin used all means at his disposal to strengthen the party’s position in preparation for GE15 at the expense of Umno. This reached an extent that some Umno members have accused Bersatu of ‘poaching’ their members.

For Umno, it is certainly not taking these overtures lying down. The party, which used to be the big brother in BN, is unlikely to remain silent when faced with such a direct threat from Bersatu. What’s more, in respect of overlapping seats with Bersatu, Umno has laid claims on the seats it previously won in the past election.

Both parties seem determined that the only way out of this deadlock is by battling it out in the upcoming GE15. In achieving this resolution, they have no qualms in pushing for an election even if it is held during the pandemic period.

Both Bersatu and Umno, respectively, are extremely confident that they can garner a comfortable enough majority to become the dominant party in a new coalition government.

Nevertheless, there is no guarantee that any party can win big in the next election. There is a huge possibility that the election result would be no different than the one we have right now – no party obtaining an overwhelming majority. Even if either party managed to form the government, it might still have a razor-thin majority or even worse for them – a hung parliament.

This is not a far-fetched scenario. If we look back at the 2008 election, the number of votes received by both government and opposition coalitions were almost the same.

If this is the case, an election is certainly not an ideal resolution to the Bersatu-Umno civil war.

The future of political coalitions in Malaysia

In this regard, DAP National Political Education director Liew Chin Tong’s call for more collaborative political coalitions and atmosphere has some merits.

The Malaysian political arena and voters have evolved, so must the approach of political parties. Political parties need to address the evolving demands of voters, lest they be considered obsolete.

For example, if I may use a content consumption analogy that is fitting in the current period of the recently instituted semi-lockdown, where a large number of users have already embraced streaming services such as YouTube or Netflix as their preferred platforms, it would be detrimental if content providers did not adapt and still generated content solely on VHS tapes. Similarly, the same gloomy fate awaits a political party which is not agile enough to pivot and adjust its course.

Malaysia’s political parties must reset and envision a new coalition model that is based on the spirit of cooperation rather than dominance. We also need to rethink how we conceptualise the notion of political leadership. The end of the hegemonic single-party rule also brings an end to the era of an all-powerful prime ministership.

As a democracy which follows the mould of the Westminster parliamentary system, the performance of any administration very much depends on the calibre of its cabinet members.

For a political coalition to ensure its survival, it must present a cohort of skilled and capable leaders at the helm. A diverse mix of new and experienced personalities could be key in attracting voters in the future.

Offerings to voters must also be refreshed. Thick pages of manifestos may no longer be the most effective medium to win the hearts and minds of the voters.

Instead, new ideas which can help address the people’s daily pain points in terms of livelihood, social security and economic anxiety could be important factors voters consider.

Direct communication with voters through regular virtual engagements may be one of the many important platforms coalitions have to arm themselves with in preparation for the GE15 campaign.

The Covid-19 pandemic has exposed the many faults of our country’s economic and social system. The rich get richer while the vulnerable struggle to make ends meet.

The period from today leading up to GE15 will be a pivotal gauge for voters. Any political coalition that can uniquely position itself by presenting fresh solutions to the people and capturing their collective imagination will likely emerge victorious in the upcoming elections.