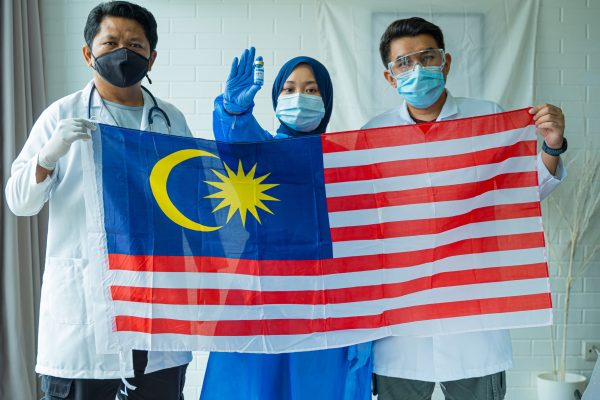 Strengthen healthcare system instead of going after protesting doctors

The federal government should focus on addressing the plight of contract doctors and strengthening the capacity of our healthcare system rather than acting on doctors who participated in Monday’s #HartalDoktorKontrak strike.

It was reported that 12 doctors at the Malaysia Agro Exposition Park Serdang (Maeps) quarantine centre were questioned by the police at midnight while they were on duty following a report allegedly lodged by the quarantine centre’s director. This came despite the guarantee by Health Minister Dr Adham Baba just mere hours prior that no disciplinary action will be taken on participants of the strike.

The questioning which lasted for almost four hours is nothing short of an act of intimidation against vocal healthcare workers who were only demanding fair resolutions to their problems. There were even reports of potential police arrests against them if they decided to continue with their initially planned walkout.

Refsa strongly condemns such treatment of the nation’s frontliners when collectively we as a society are fighting this invisible war against the Covid-19 virus. Instead of these heavy-handed tactics deployed on our frontliners, the government should work towards a solution that will ensure permanent postings for 35,216 contract health officers, offering them equal benefits and clear career progression.

The pool of frontliners can also be expanded to include medical graduates to relieve the strain of exhausted healthcare workers via a more sustainable rotational system. Non-medical functions such as contact tracing should be outsourced to external providers instead of putting the burden on the Health Ministry (MOH) staff. In addition to manpower management, the government should also invest more to ramp up health infrastructure capacity.

This is symptomatic of Malaysia’s underinvestment in the public healthcare system, which stands at 2.3 percent of GDP as of 2014, lagging behind Thailand (3.2 percent), Vietnam (3.8 percent) and the UK (7.8 percent) among others. The government should therefore use this opportunity to ramp up long-term investment in healthcare to address these systemic issues and to put us on par with upper-middle income and developed countries.

Essentially, acts of intimidation against our healthcare workers must end immediately. They have worked tirelessly around the clock at the frontlines to protect us, some to the point of burning out.

It is now our duty to protect them. We must treat them better. MOH must honour its assurance and ensure healthcare workers’ wellbeing are upheld and they are protected when they voice out their concerns.

The Covid-19 pandemic has highlighted the importance of a well-funded and well-maintained health system, particularly during widespread health emergencies. The above actions of the government neither helps nor enhance the ability for us to fight this pandemic.

If the MOH itself turns its back on its doctors, how do we expect to win this war against Covid-19?