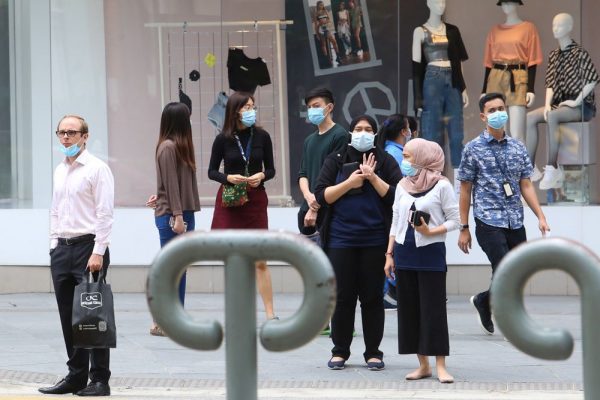 Should low-paid workers get Covid-19 vaccine priority over the middle, upper class?

Public policy analysts believe there is a case for low-paid workers to be prioritised for the third phase of the National Covid-19 Immunisation Programme over concerns that uneven vaccination rate across the population could widen existing socioeconomic gaps.

The disproportionate effects the pandemic has had on low-wage workers and other economically vulnerable groups, given the limited supply of vaccines, have fueled ethical questions around how the government determines who should be next in line to get the shots, particularly in the third stage of the immunisation plan.

The Ministry of Science, Innovation and Technology (Mosti), which is leading the massive effort to vaccinate up to 70 per cent of the population by the same month next year, has based a system on recommendations made by the World Health Organisation, placing healthcare workers in the first phase followed by high risk groups like the elderly or those with chronic diseases.

“The World Health Organisation recommends that prioritisation should be based on risk of acquiring and transmitting infection, groups that are at significantly high risk of severe disease or death, essential workers for the critical functioning of the state and vaccine production and distribution,” said Tricia Yeoh, chief executive of public policy think tank IDEAS.

Malaysia received its first batch of vaccines on February 21 with the initial phase of the programme officially rolling out from February 24. The second phase of inoculation is expected to begin from April.

Mosti Minister Khairy Jamaluddin said the third phase, from May onwards, will involve vaccination of groups that are of lower risk or relatively healthy adults. But here the programme lacks clarity.

From what information has been made available by Mosti, the third phase will be open to all adults 18 and above who will be selected once registration is done via the ministry-built smartphone application MySejahtera. Registration is voluntary and has already started for the general public.

Khairy said the government aims to vaccinate at least 80 per cent of the country’s 33 million population within a year, which means the third stage would likely involve a massive mobilisation effort to inoculate millions.

Mosti has not stated if certain applicants would be prioritised over others, or if it has put a selection system in place.

This would entail putting first groups unable to practise social or physical distancing, a majority of whom are likely to be the working poor, Yeoh noted, adding that national equity is also among key goals that the WHO said governments should aim for when designing their vaccination programme.

Singapore-based think tank ISEAS estimates that the number of Malaysian jobs unable to be performed at home is 64.5 per cent, with over half of jobs likely to be low-skilled and requiring a high level of proximity if adjusted for internet access, putting them at higher risk of contracting the virus.

“Jobs that require physical presence should be prioritised over jobs that do not,” Yeoh said.

“Further, the WHO also urges national equity considerations…this indicates that economically vulnerable groups ought to be prioritised since not being vaccinated would actually threaten their ability to work,” she added.

Ivy Kwek, research director at Refsa, a think tank aligned to the Pakatan Harapan Opposition, said there is data that merit concerns over how uneven administration of vaccines could perpetuate inequality, citing the US where vaccination rate for less privileged communities was found to be much lower than the wealthier class.

There, a fierce debate is also taking place between policy makers on what criteria should be admissible when prioritising vaccination. Some have argued that essential workers should come first before the elderly or critically ill, since they account for up to 70 per cent of the American workforce, and are also likely to consist mostly of poor minority groups.

“This is understandable, given the lack of access, mobility or information these (less privileged) communities have. Special emphasis must be given that this doesn’t happen in Malaysia and then our vaccination plan is inclusive and fair,” Kwek said.

“I would suggest that the third phase (which aimed to administer 16 million people) be broken up into sub-phases to prioritise those in the B40 groups, subsequently M40 and then T20,” she added.

These groups refer to the official categories assigned to the country’s bottom, middle and top income earners.

How the government intends to execute the third phase of the programme is also still unclear at this stage, but Khairy had recently said that there is a high chance that they could meet the vaccination target even by year-end, depending on the fluidity in execution and the adequacy of vaccine supplies.

State news agency Bernama reported there are already plans to set up massive vaccination centres using stadiums and convention centres that could allow for thousands of people to get the shots at a time in a bid to speed up the process.

Analysts have stressed that how the state determines which groups get precedent must be scientifically or data-driven.

Yeoh suggested this is still lacking on the government’s part, noting that it has not included high-risk and vulnerable groups like migrant workers and detainees or factory and essential service staff despite the groups accounting for the huge number of infection clusters.

“The government has acknowledged that the front liners are to be prioritised followed by the high-risk groups such as senior citizens, the OKU (physically challenged) and people with underlying medical conditions,” she noted.

“But they have not included high-risk and vulnerable groups like migrant workers and detainees, factory workers and essential service staff.”

Kwek suggested the authorities strengthen the mobilisation of the vaccination team to the vulnerable communities such as in the low-cost public flats in urban areas or the longhouses in the rural areas, by utilising available welfare databases.

“This of course would have to be based on the demographic data at hand to ensure the right groups are targeted and no favouritism is practiced,” she said.

But the ministry’s recent decision to include teachers in the first phase of the immunisation programme, initially reserved for health workers, could suggest it may be open to giving importance to certain workers or groups over others even in the later stage of the plan.

Mosti did not respond to Malay Mail’s request for comment at the time of writing.