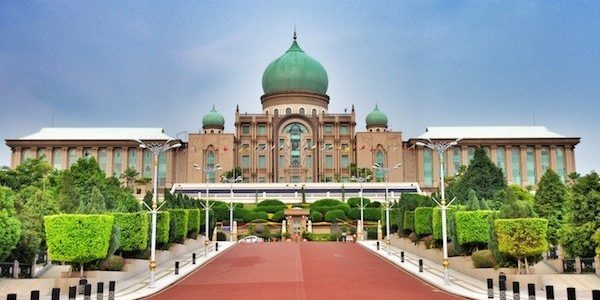 Revisiting the Role of Government in the Economy

Now that the initial shock of the Covid-19 economic crisis is wearing off, thoughts are turning towards rebuilding the economy for the long term. It is a unique opportunity to assess our current economic model, and implement reforms that will promote prosperity for all, in other words, to “build back better.”

The Covid-19 pandemic has exposed the shortcomings and risks of the globalised supply chains that define our economy. We experienced or nearly experienced shortages in all manner of essential goods, from medical equipment to food, and entire industries ground to a halt because their international upstream supply chain froze. The prolonged paralysis is starting to tip over companies into layoffs or bankruptcy, which in turn weakens the financial system and potentially threatens another financial crisis.

This is despite hitherto unprecedented government intervention to keep the economy afloat, which saw the introduction of massive stimulus (probably better called “life support”) packages to try and maintain businesses and employment. Governments all over the world have again taken over nominally private liabilities, to an even greater extent than during the global financial crisis of 2008.

Of course, the neoliberal model of small government and private markets mediating all economic interactions has been moribund since that time. Government intervention on a massive scale, through the central banks, was also required then to save the financial system. The central banks’ balance sheets have not shrunk since.

Even in normal times, much as the popular image tends to associate “The Economy” with private companies battling it out and frenzied activity on the floor of the stock exchange, in reality the government and the public sector have a bigger impact than any private actor or even the financial markets.

Government is of course fundamental to the economy, not just because it provides the institutions for the economy to function (foreign and domestic safety, rule of law…), but also because it usually is the biggest economic actor in its own right.

As we start to emerge from this crisis and start rebuilding towards an innovative, inclusive, equitable and sustainable economy, it is imperative that we address the structural shortcomings laid bare by the Covid-19 crisis, and that will require the transformative power of a confident and assertive government. Far from being the enemy of prosperity, only the government can establish the safeguards, enact the necessary reforms and facilitate the investments that are required for the future.

This dynamic has played out before, after the Great Depression in the 1930’s and the second world war, which saw the establishment of the modern welfare state. In the words of Roosevelt during the New Deal: “government had a duty to intervene where capitalism failed.” A similar opportunity presents itself today, and indeed the term “New Deal” has already emerged, most often related to the existential threat of climate change, as a “Green New Deal.”

The debate around the place of government in the economy acquires additional complexity in a Malaysian context. The government-driven NEP arguably achieved industrialisation and higher prosperity for the targeted groups, but some also see it as having created a fertile ground for cronyism and corruption. Most recently, the 1MDB saga cemented those concerns and caused a significant erosion of trust in public institutions, particularly government-linked corporations.

In this context, calling for government to shrink is an understandable reaction. However, it feels akin to throwing out the baby with the bathwater. We now have a much better understanding of areas for fruitful public/private cooperation, and of governance models that promote responsible and transparent use of public funds. We should leverage these models to harness the government’s unique advantages in rebuilding our economy.

To be clear, we are not advocating for a return to communism or a planned economy. The collective ingenuity and skills of private actors in a free market, allowed to operate and decide on the allocation of their resources freely, are the bedrock for an economy that creates value and hence wealth. Healthy markets generally ensure that valuable products, services, skills and ideas are rewarded fairly, if they operate free of distortions.

However, left entirely to their own devices, free markets risk landing in sub-optimal equilibria, such as monopolies and corporatist behaviour, that stifle the emergence of innovation and enable the collection of rents. The long-term results of such an economy are now plain for all to see.

With this context in mind, government has three concrete roles to fulfil.

First, it has a fundamental duty to prevent sub-optimal market outcomes, by regulating and intervening when results are not aligned with optimal societal choices. Regulation is the primary tool for this, for example intellectual property, antitrust or environmental laws. Relatedly, another key role of the government is to provide a level playing field to all economic actors, correcting asymmetries where they arise, for example between employer and employee or landlord and tenant. This also includes addressing inequality, which undermines not only the free agency required for optimal markets, but also the democratic legitimacy of the government.

Second, the government is the “insurer of last resort” for its citizens, as is being amply demonstrated in this crisis. The government should ensure all citizens without exception have access to first-rate healthcare, housing, food and education, regardless of income.

Moreover, desirable market adjustments, for example transitioning from a low-value manufacturing economy to a high-value-added services economy, can be accompanied with undesirable consequences for some groups of workers (e.g. unemployed manufacturing workers). Here too, the government should step in and provide relief to these groups, by instituting a comprehensive social safety net, including unemployment payments, that will ensure no one is “left behind.”

Thirdly and lastly, the government is a cornerstone investor and hence innovator in the economy. This last role is arguably the most controversial, and quickly leads to accusations of picking winners and losers.

In reality, the government is the only entity with the means and the power to provide the investment in physical infrastructure that is required for the private sector to flourish, such as electricity, roads and broadband. In addition, the government and the public sector are large consumers of goods and services. Through their purchasing decisions, they can contribute to shape the kind of economy that society at large wants.

More importantly, the government is also the only entity that is willing and able to finance bold, highly uncertain innovations that can lay the foundations for the future of the economy. Of course, in the past many such an investment has turned out to be a white elephant or could have resulted in abuse of public funds, but, as mentioned, there are now frameworks that merge the advantages of government and markets, ensuring efficiency and transparency.

One such framework worth mentioning are “mission-oriented” policies, advocated by Professor Mariana Mazzucato, that aim to combine the benefits of market selection with the ability of the government to finance risky bets. As she famously illustrated, the results of such policies are part of our everyday lives now, with modern technologies such as the internet and GPS having been financed at the outset by the American government.

Re-aligning the scope and objectives of the government’s place in Malaysia’s economy aligned to the three roles above will require thorough, maybe sometimes painful, adaptations. But as we embark on the vital task of building back our economy better, we can’t afford not to use all the tools at our disposal. Despite the negative connotations it may have, government and the public sector have unique advantages that can be the catalyst for a vibrant, resilient, sustainable and fair economy. We should employ them to the fullest.