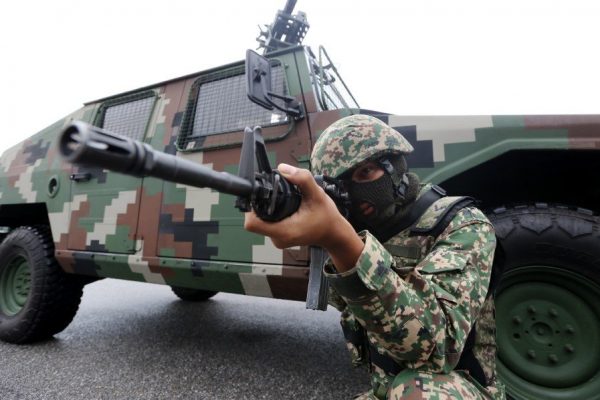 Dato’ Sri Ismail Sabri recently outlined his vision of Malaysia’s defence industry as being a producer of military assets. He lists some successes so far: in producing small arms ammunition and heavy ordnance, armored vehicles, and building ships. His vision is a noble one, but it is important to ground this discussion in the context of policy-making and change.

There is no doubt that Malaysia has potential to be a producer of various arms and other defence accoutrements. However, this potential must be guided with the right objectives and principles in mind to produce the relevant outcomes. The ultimate purpose of the domestic defence industry is to provide our country with the strategic ability to service the security forces’ needs for goods and services. At the same time, the industry should also serve the society by providing economic opportunities. As the Malay adage goes, sambil menyelam, minum air.

If we agree that these are two important outcomes that have to be achieved by the defence industry, we need to judge for ourselves whether or not this expectation has been lived up to. The Senior Minister listed armored vehicles and building ships among the successes, yet investigations by Tan Sri Ambrin Buang into both the AV8 Infantry Fighting Vehicle Program and the Littoral Combat Ship program suggest otherwise. In fact, Tan Sri Ambrin Buang’s reports in general, including the ones on Land Swap, suggest a pattern of decision-making that is inherently obstructing the achievement of these outcomes.

A common thread that binds the investigated projects together is that most if not all were extensively lobbied for and driven by vendors closely associated with previous Defence Ministers. In nearly all cases, a loss of value to the government became commonplace. Meanwhile, while money was being paid out, the military received subpar equipment and facilities, often far behind scheduled delivery timetables, and not all of the items and facilities procured necessarily met military requirements.

Tangentially related to this issue is the often ad hoc nature in which funding is provided to the MAF for these development projects. Many of the plans released by the three services always come with a caveat, “… subject to the financial and economic conditions of the country.” While this caveat is understandably important, it gives the impression that defence priorities are somehow ranked lesser than economic priorities, when in fact, both are co-dependent.

Furthermore, the procurement timetables for these projects are often shoe-horned into the framework of Malaysia’s Five-Year Plans. While this falls neatly into place for bureaucrats, it ignores an important fundamental characteristic of defence assets. Namely, most of the equipment have life cycles that last well-beyond the period of five years of each Rancangan Malaysia, some up to 25 to 30 years. Putting money for acquisition up front is one thing, putting down money for maintenance and potential service life extensions further down the road is another. These are considerations that should be factored from the start, rather than addressed in a tacked-on matter down the road.

On a related note, the entire discussion on the funding of the defence industry and related projects also needs to shift as well. The current system sees the Ministry of Finance and the Economic Planning Unit in an adversarial position against the Ministry of Defence and the Armed Forces. MOF and EPU’s interests are preserving value to the economy, whereas MINDEF and MAF are out to train and equip its forces for the relevant missions.

The relationship between these two groups should not necessarily be zero-sum. In Australia for example, the relationship between these two groups are cooperative. Australia in fact has a minister specifically designated for handling the defence industry portfolio. Similarly, in India, there is a deputy secretary-general-level officer for both defence procurement and for defence research and development. It would be prudent for our country to take into consideration similar arrangements that would facilitate, rather than obstruct, the Government’s management of the sector.

Securing the future of the domestic defence industry will require us to throw out old paradigms in favour of new ones. To that end, several important principles must be put into place to guide policy-makers and domestic firms to produce optimal results aligned with strategic needs. Then, a firm commitment must be made to those principles and the achievement of those outcomes by the Government.

So what are those principles? Firstly, we need to rethink the idea of self-reliance. Complete autarky on defence products will be impossible, but a more limited form of self-reliance might not only be more realistic but more aligned with our intended outcomes. Of course, there are elements of defence needs that will necessarily require independence from foreign suppliers; basic items such as small arms and heavy munitions, field provisions, medical supplies, and personal protective gear.

But when it comes to much more advanced goods and services, we need to consider looking at niche areas that align with our comparative advantages. Finding a suitable element where we can contribute additional value will ensure that not only will the project meet requirements, but also be financially viable. This is especially important given that the Malaysian Armed Forces and the Royal Malaysian Police, the two principal users of defence and security goods and services in Malaysia, represent a relatively small market overall.

Secondly, we need to view the defence sector as a leader for innovation. The Internet after all was invented by the US defence research agency, DARPA (Defence Advanced Research Projects Agency). What started as a means to send communications between researchers at the agency has now become a standard means of battlefield communication, command, and control. It has since ten also become an essential platform in the electronic inventory of every civilian too, connecting people in commerce and social activities.

If any projects that we embark on are to succeed, this spirit of innovation must form a key element of its genesis. Such a policy in innovation should be mission-oriented; ideally, the results of such an innovation should serve our ultimate goals. Furthermore, the Government’s role in such innovation needs to be reviewed; it should not only be “fixing” markets, but also leading and creating new ones.

Thirdly, and on a related note, the technologies and products we focus on should ideally be dual-use in nature. Yes, there are plenty of defence products that are meant specifically for the military and the police, such as firearms and artillery. But there are also products that could, with slight alterations, be used in the civilian market. As a matter of fact, common civilian products often do make their way into military use; small quadcopter drones for example, a popular tool for aerial photography, could also double as an instrument of intelligence, surveillance, reconnaissance.

Dual-use goods could also solve the problem of  the small defence market faced by our local firms. Being able to sell both to the military and to commercial users means that there would be, in theory, no shortage of people that could buy these products. In the context of the larger economy, following these principles would also mean creating new opportunities for high paying work. In one fell-swoop, closely following these principles would achieve both military and civilian economic imperatives.

As a commitment to these principles, it is important that the Government articulate not only clear defence and defence industrial policies, but also consistent funding. The Defence White Paper calls for the drafting, debating, and later publishing and enacting of several important plans. A joint capability development plan between the three service branches of MAF would outline the specific equipment and service needs of the organization for the next 10 years. A defence investment plan would clarify how much money would be spent in the period of 10 years for various selected defence projects aligned with these other plans. And lastly, a defence industrial policy would set clear rules of the road and create a competitive environment for local firms to participate in the market under the guidance of the Government.

These documents are due for review and debate in this year and the next. They should be rigorously discussed and tested within Cabinet, and then brought to Parliament for further deliberation. Allowance for robust debate and discourse will ensure that the end result will be reflective of the outcomes we want to achieve with this endeavor. In developed countries, such open discourse about defence plans is common. Australia for example has both an Integrated Investment Program and Defence Industrial Capability Plan.

The Chief of Defence Forces has announced in his inaugural speech that a review of the national military strategy is already under way, and will give rise to a streamlined, unified capability development plan, which signals the MAF’s willingness and readiness to play ball on implementing the Defence White Paper. The response from the Government however seems less resolute; other than lip service being paid to the drafting of the mentioned plans, discussions and debates regarding their content seems far and away, despite their approaching due dates.

In a similar vein, given that the amount of monies exchanged in this endeavor will be significant, it is also important for the government to set up oversight arrangements that ensure accountability and transparency for every dollar spent. Wastage and embezzlement in this industry will have direct consequences to the capabilities of our forces in carrying out their duties.

Parliament has to play an important role as a check and balance to the executive branch in this regard, and an arrangement to allow legislators to review and assess relevant measures of achievement against costs is needed to create an objective assessment of the industry. This is again a standard institution in developed countries, as the United States and Australia.

The way forward for our defence industry is clear. The Government has a defined role to play in leading and articulating principles and policy to achieve the important missions of equipping the security forces while creating economic opportunity. We can no longer afford to keep doing things the same way and repeating the mistakes of yesteryear. Parliament must be allowed to play its role in ensuring that the Government holds to its commitment of providing for the Armed Forces.