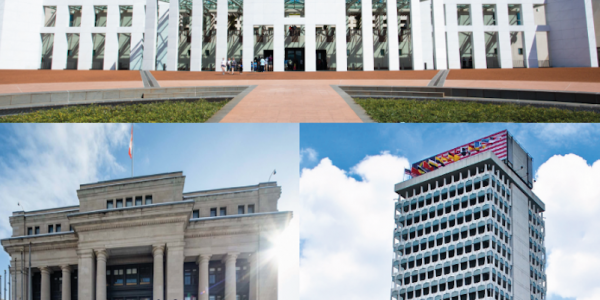 The first part of this paper series explored the historical evolution and the shortcomings of the Dewan Negara.  Our critical analysis revealed that not only has the chamber diverged from its founding intent, but that it also suffers from a variety of organisational and structural flaws.  As observed then, while Parliamentary reform is a major topic in Malaysia, the elected Dewan Rakyat has traditionally been the centre of attention, at the expense of the Dewan Negara.

Thus, this second part of the series aims to contribute to discourse relating to the reform of the Dewan Negara.  This paper begins by performing a comparative study involving the Australian and Canadian Senates, with the intent of gleaning learnable lessons from the experience of both fellow Commonwealth Senates.

In particular, we learn that a robust committee system is the key to ensuring consistent legislative output from a legislative chamber, and also allows the chamber to perform effective scrutiny on the Executive.

Additionally, we also discover that while elections for Senators may be a welcome democratising element, the partisan nature inherent to elected Senates may have a detrimental effect on the chamber as well.  On the flip side, there is also no guarantee that fully appointed Senates are free from partisanship as well.

Lastly, the lessons gleaned from the Australian and Canadian Senates and the critically analysis of the Dewan Negara in the previous paper are then drawn from in exploring options for reforming the chamber.

In this regard, 3 key areas are identified:

The paper addresses each area and considers the available options for reform as well as the challenges to their implementation.