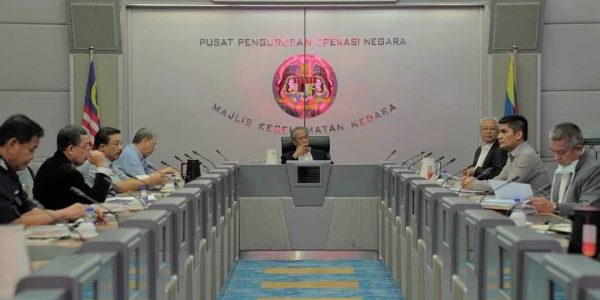 Many believe that the MAF will be allowed to use force to support the enforcement of the Movement Control Order (MCO). Some even believe that such violence from members of MAF should be encouraged as a means to improve the effectiveness of the MCO, while others fear that their presence in a peacetime emergency will normalize the use of the military as a first step to backsliding towards authoritarianism.

Both versions of the story could not be further from the truth. They are underpinned by a lack of understanding of the roles of the MAF in peacetime, as well as how MAF fits in the broader security framework of Malaysia.

Firstly, the notion that MAF will have broad powers to use force can be easily dismissed because, as the Defence Minister has announced, their deployment is enabled under Section 5 of the Preventing and Controlling Infectious Diseases Act of 1988. However, since the Police Act of 1967 does not give powers of arrest and use of necessary force to members of the MAF, it will not be legal for any soldier to use force, or even conduct arrests.

Only the provisions of sections 22 to 36 of the National Security Council (NSC) Act of 2016 would give MAF members such powers, and even then, the exercise of such powers would be confined to a limited area gazetted as a security area or kawasan keselamatan. Since the government has not invoked the use of the security area clause, these powers will be off the table.

Secondly, the MAF has routinely been deployed in support of civilian authorities during emergencies both domestically and abroad. This is in fact their stated secondary role, their primary role being to defend the country against external threats. For example, the 12th Squadron, Rejimen Askar Jurutera Diraja (RAJD
– Royal Army Engineers Regiment) was deployed to Pasir Gudang to assist with
the decontamination of Sungai Kim Kim.

To say that the normalization of deploying the MAF in peacetime is evidence of a backslide to a dictatorship is to ignore the very important contributions of the MAF beyond defending our country. On the other hand, to say that MAF should be allowed to liberally use force in this scenario would be self-defeating and would create more problems than it solves.

That said, in the larger context of our national security, there are some valid concerns. The NSCs both a law and a security agency is not without flaws.

Structurally, we must understand that there are two layers to the NSC, the National Security Council (also known as Sidang MKN), which makes decisions and policies, and the NSC Secretariat, which is the executive/coordinating layer.

The NSC Secretariat is staffed jointly by both civil servants and officers and enlisted rates from the military and police. It is headed by a Director-General, typically a civil servant or in some cases a former senior general-grade officer from the MAF. Essentially, this part of the organization acts as the coordinating secretariat, which consolidates policy information and pending issues, as well as intelligence, while also organizing the meetings for the NSC.

Under section 12 of the NSC law, the NSC may also form a subcommittee under their purview with the relevant persons/experts/departments/ministries as and when the need arises. Such a provision is necessary especially now, since health ministry officials are not permanent members of the NSC but their guidance would be paramount.

It is good that NSC now sits more often during this COVID-19 pandemic, but prior to that, the NSC sat infrequently, generally about once every quarter. This lack of frequency has necessarily limited how much preparation could have been done for any contingency.

Furthermore, the decisions that they preside over are numerous in both scope and volume. Some are even day-to-day decisions that cannot necessarily wait for the NSC to preside. The result of this set up is that units at the tactical and operational level will necessarily have to wait for their strategic-level leadership to deliberate and make decisions, which may have severe implications for reaction time on the ground.

This can be fixed by simply increasing the frequency of the NSC meetings to perhaps monthly or even biweekly, and where appropriate, by devolving some of the less critical but more minute policy- and decision-making to field units and officers at the secretariat level.

In the long run, the NSC must evolve to become a proactive organization that does more than merely react to crises; it must be prepared to reorganize the entire security sector to give it greater resilience and preparedness, while also improving the effectiveness of its command chain. Silos must be broken, agencies and units must train together more often, and a whole-of-government and holistic approach will be needed in every security emergency.

NSCs all over the world function in this way. For example, the US, Russia, and Japan have a dedicated national security adviser at the cabinet level that advises the chief executive on national security. They not only consolidate the intelligence from all the intelligence services, but also coordinate and plan jointly ahead of time to prepare every relevant agency to face every crisis.

From a legal perspective, the concerns about the provisions under Sections 22 to 36 of the law are valid to a certain degree, particularly because Section 35 allows security forces thus operating to dispense with inquests, and Section 38 protects them from suits in the event that a security area is declared. At the same time, in practical terms, these provisions in practice often become too blunt an instrument for problems that require more finesse and precision. The security area provisions of the NSC law either gives MAF and security forces too much power, or none at all.

Lawmakers must rethink the security area provision so that there are more checks and balances to prevent potential abuses of power, while also providing alternatives to security forces that would give lesser powers that would be more suited to emergencies of a lower threat tier, which for example may still require the powers of arrest and search and seizure, but not necessarily to authorize the use of force.

The current predicament with the Movement Control Order is a perfect example of the need for such a lower tier provision. MAF members currently cannot exercise any powers of detention other than citizen’s arrest; police members must still be present if an actual arrest is to occur. This would, in theory, limit any manpower efficiencies with their deployment because they will still need police officers at the checkpoint or on patrols.

Beyond the technicalities that underpin our security architecture, over time Malaysia as a whole must start to appreciate that national security is not solely the job of any one agency or uniformed force. It is the collective responsibility of all her citizens. Politically, the discussion about national security must also be bipartisan in nature; no longer can it be solely dominated by the political agenda of the ruling coalition.

If any reform of our national security is to take off and be long lasting, we as the rakyat must understand how national security fits into our lives. Take this COVID-19 virus crisis as a lesson to heart. This virus, which is invisible to the naked eye, has already done so much damage to our economy, has taken loved ones away, and has caused so much fear.

And one such virus is only a drop in a much larger ocean of threats, both natural and man-made, each requiring a nuanced and careful understanding if we are to avoid or otherwise defeat them. The time for greater national security reform is now.