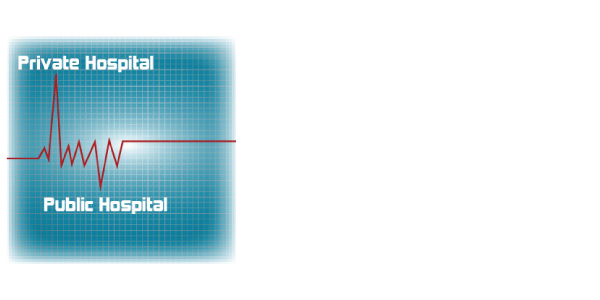 The federal government’s share of investments in our healthcare sector has been lagging behind the private sector in 2012 when compared to 2001. This can be observed in terms of the number of hospitals that has been built in the past 12 years and the number of beds currently being operated by the public sector. This is in contrast with the private sector where more hospitals have being built so much so that it outnumbers its public counterpart. There is also a noticeable increase in the total number of beds in the private hospitals although the public hospitals still hold the larger share of it in total. However, the increased proportion of beds in the private hospitals is a new trend worthy of further observation.

On the other hand, there is another observable trend between the proportions of beds and inpatients in the private sector. As our private hospitals increase their share of number of beds from 2001 to 2012, there is also an increase of the proportion of inpatients from 2007 to 2012. This is in contrast to the share of outpatients which is clearly in the decrease from 2007 to 2012.

Do these figures mean that our private hospitals are more comfortable than those in the public sector, for the patients at least?