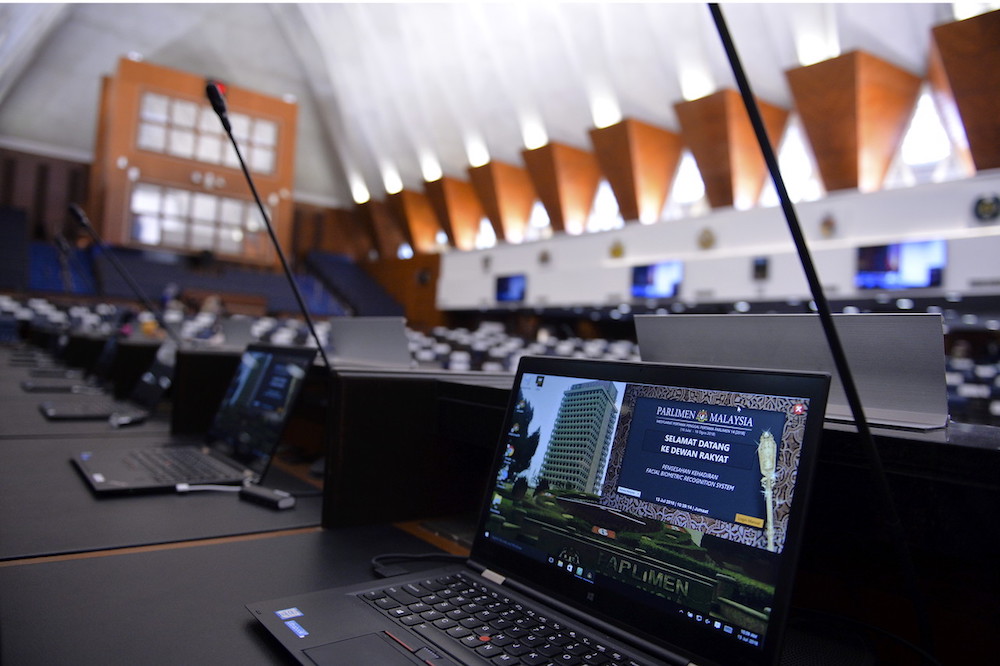 According to Standing Order (SO) 67(7)(a) of the Dewan Rakyat, the debate on the Supplementary Bill (in this case, for the economic stimulus package) should take at least three days.

This rule provides a clear explanation of Article 101 of the federal constitution on the procedure for seeking additional budgetary approval from Parliament.

Therefore, the single day allocated for parliamentary sessions on May 18 can be disputed and the movement control order (MCO) cannot be the reason to prevent Parliament from functioning effectively.

It is not reasonable for Parliament to convene for a day merely to fulfill provisions of Article 55 of the federal constitution, which permits the Yang di-Pertuan Agong to dissolve Parliament if the institution is not in session for six months from the date of the final session.

The question is, is a barber’s service more important than the parliamentary service that deals with national affairs?

Does the Prevention and Control of Diseases Act 1988 prevent Parliament from functioning in times of crisis and the MCO?

Some parties might see Parliament as unimportant when the country is facing the Covid-19 pandemic.

This is far from true, because Parliament is an institution recognised by the federal constitution.

Parliament is in fact one of the most important services in the wake of the Covid-19 outbreak.

Constitutional expert Prof Shad Saleem Faruqi in his article Pandemic rules and the law stated that every government order, policy, or welfare programme cannot be an equivalent law, so long as it does not obtain the legitimacy and approval of the legislative body with which it is required to comply.

He added the call for an early parliamentary session was due to legal issues affecting the rights of the people such as job opportunities, payroll and loan delays announced in the government’s economic stimulus package requiring legislative amendments and parliamentary scrutiny.

Although Prime Minister Muhyiddin Yassin announced a RM10 billion additional package for small and medium enterprises on April 10, he failed to prevent nearly 10% to 20% of the job cuts in SMEs.

This is because government subsidies to SME employers are only about 16%, lower than those of other countries, which are more than 50%.

Likewise, problems involving the distribution of food and financial aid, and the confusion arising from the inconsistent decision of the federal government during the MCO require detailed explanation in parliament in terms of the effectiveness of the implementation.

That is why the parliamentary service is essential to find a solution to facilitate economic distribution and basic technical issues with parliamentary legitimacy.

How do other parliaments work?

Parliamentary sessions in some countries have continued as usual with health measures in place for the session.

Some also use virtual technology to hold debates and committee meetings.

The British parliament published a report on Coronavirus: Changes to practice and procedure in the UK and other parliaments on April 9, in reviewing new parliamentary practices during the Covid-19 pandemic. Some of the proposed reforms are:

a. Parliamentary attendance reduced by quota (at least 40)

d. Parliamentary staff are allowed to work from home and places of gathering, such as the canteen, are temporarily closed.

This report looks at the importance of the functioning of the legislative body in times of crisis by strengthening bipartisan (government-opposition) co-operation on issues of economic policy and the interests of the people.

The government needs to be more open to disclosing information to parliament.

Proposals for the Malaysian parliament

There are a number of proposals to ensure the Malaysian parliament can function in the wake of the Covid-19 pandemic:

1. The Standing Order of Dewan Rakyat requires immediate amendments to allow the use of technology and virtual in parliamentary affairs. This will enable lawmakers to carry out their work anywhere, especially lawmakers in Sarawak and Sabah.

2. Reduce MPs attendance by a number based on SO13 (1) allowing Parliament to convene in the event of 26 Members f Parliament, excluding Speaker.

3. The parliamentary sitting should be extended to at least 10 days but shorten the duration of the session. This allows parliamentarians the opportunity to debate the issues of the people more openly. The same goes for state assemblies.

4. Parliament needs to issue detailed guidelines on new practises for parliamentarians, media and civil servants to prevent the spread of Covid-19 in Parliament during session.

5. Oral and written questions can be continued but reduce the number of questions per MP to at least 10 questions (five written and five oral), in accordance with the Standing Order. The ministers can provide written answers if they cannot be answered verbally.

6. MPs who attend sittings may ‘represent’ questions on behalf of other MPs to ask the minister questions.

7. Speed up the establishment of the Select Committees of the Dewan Rakyat so that the function of the checks and balances on the decisions of the government can be carried out. Establish a Covid-19 monitoring committee chaired by the opposition leader and bipartisan in nature to review and consider the government’s policies on Covid-19.

8. The parliamentary democratic system can form a strong and effective government, but it is subjected to the legislative process. In fact, the federal government is formed via a parliamentary majority – without Parliament, government cannot be formed. Article 43 (3) of the federal constitution clearly requires the ministers to be responsible to Parliament.

The PN government and the opposition will miss a golden opportunity to work together to find a solution in curbing the devastating impact of the Covid-19 pandemic crisis, which some analysts has predicted to cause the world economy to only recover in 2021, if the Parliament is not convened.

This will put the country’s economic security and safety at risk, especially after the MCO is lifted.