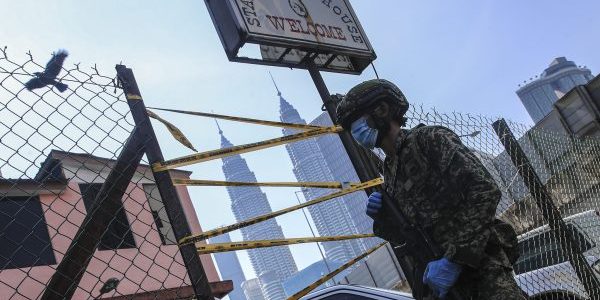 Pandemic a chance for governments to prove themselves or stumble

The contracts we have with our governments are straightforward. We work, pay taxes, and contribute productively to society, and in exchange we receive public goods. We want our health, safety and our education taken care of as best as possible. We want lights on and roads to drive on. We want better lives, and governance in that direction.

Even on these few obligations many governments, elected or otherwise, struggle. In others there is some mutual success, but still room for improvement. However, it is the less-common, nonmaterial concerns that issue upon governments grand and acute responsibilities.

Covid-19 is that sort of threat, as are inequality and climate change and almost every other life-threatening hazard there is. It is in their confronting of these complex challenges that governments prove their worth.

Amidst the chaos of this particular crisis it is becoming clear that the optimal response involves a combination of clear and consistent communication, stringent physical distancing, mass testing, and the quarantining or treatment of those afflicted. These are the ‘easy’ parts of our response, but it is telling that numerous governments – or at least national leaders – have made mistakes on even these basic counts.

China, for all its work since, is guilty of well-documented failures at the virus’ initial onset. Iran, in utter chaos, is struggling on every count imaginable. The Brazilian government has an additional handicap: its president Jair Bolsonaro. In the United States, Donald Trump’s initial and ongoing prevarications and communications faux pas threaten to escalate the virus’ spread. Boris Johnson in the UK is guilty of much the same, and even toyed with ‘herd immunity’ as an official response.

Closer to home, Indonesia, which has the highest death toll in Southeast Asia, has seen its government criticised for a laggardly approach to virus suppression. Much like Bolsonaro, the Philippines president Rodrigo Duterte wasted crucial time in a fit of denialism. With testing still not widespread, it is likely that the Philippine health system – which has seen its budget allocations cut in recent years – will come under increasing strain.

In India and Malaysia, incomplete and sudden announcements of fast-looming lockdowns led to mass congregations as citizens stocked up on ‘essentials’, creating hotbeds for contagion and haphazard breakdowns of supply chains. Indeed, the second wave of infections to afflict Malaysia began in earnest only weeks after a shadowy political coup that toppled then prime minister Mahathir Mohamad.

The hard truth is that wherever the virus is now spreading rapidly there has, at some point, been an element of failure in the responses of governments.

But there are those who have earned their stripes. In January and February many Asian nations, despite close economic and geographic ties with China, successfully limited mass outbreaks. These include Hong Kong, Singapore, and Taiwan, all of whom were amongst the worst-hit by SARS in 2003/04. Cases amongst the three were limited to well under 5,000 as of April 14, 2020, although the situation has since deteriorated in Singapore due to an ongoing controversial situation involving migrant worker dorms.

Meanwhile, South Korea is famously the testing capital of the world, and China has since late January managed to significantly curb local transmission of Covid-19, at least according to official statistics. Even continental European nations bearing a significant proportion of today’s agony have mostly enacted the appropriate measures, with exceptions being Russia and perhaps Sweden – until very recently anyway.

But this was supposed to be the easy part. Covid-19 presents two more significant challenges: first, to limit the collateral economic and social damage of the public health response, and second, to appropriately lift restrictions as the virus abates. On these fronts it is hard to say at present what the results will look like.

Those who will score well on the first metric will have struck a sound balance between health and wealth. Quarantine too hard for too long, and the consequences might be so dire they cost livelihoods. Insufficient stimulus packages will struggle to tide businesses and households over, while overly exuberant action may inefficiently allocate expensive capital, supporting those who don’t need help or prolonging the lives of businesses already beyond their best.

This is important: across the board public debts are rising swiftly as measures are put in place to contain the economic fallout, and it is taxpayers who will bear this burden for decades to come.

Determining the optimal economic response is an inexact science for now, however. The variety in stimulus sizes to private actors across countries, from under 3% in Argentina, India, and Italy to the almost 20% of GDP in Malaysia and the United Kingdom, is testament to that. Only a post-mortem will determine who did best by their citizens.

How to appropriately lift existing handbrakes is another example of an inexact science, and presents a further conundrum. As cases and deaths first plateau and later fall, overzealous leaders might push for premature ends to lockdowns. This would unnecessarily risk further epidemic waves. Given such an eventuality it would be fair to label the response a failure, with the graft and losses of these current months rendered almost meaningless.

A careful and tiered exit strategy from national shutdowns will be of critical importance, providing an opportunity for citizens to judge favourably the performance of their governments in the face of a catastrophe. Sadly, some will botch this process too.

Covid-19 is creating a planetary contraction of health, wealth, and happiness all at once. For better or for worse, in this Darwinian game of survival it is our governments who will ultimately dictate the extent of the damage we incur once the virus is suppressed. If past inaction on inequality or climate change is a barometer for the sort of shape we will find ourselves in once all is said and done, we might be in a lot of trouble.

On these grandest of issues our governments routinely disappoint. In a post-Covid world, how long should we let these failures persist? A silver lining is that the virus has brought some attention to these very issues.

The spread of coronavirus is both a reminder and manifestation of our destruction of nature and our relentless pursuit of wealth at the expense of planetary health, just as climate change is. It has opened our eyes more to the dangers of deep and widespread inequality through the almost tangible expressions of the suffering of the less well-off, for whom economic shutdowns have consequences the rich can only imagine and whose more limited access to healthcare has potentially fatal consequences.

Yet there is hope that these issues may be addressed better after Covid-19. The crisis might clarify to uncertain governments the importance of comprehensive social safety nets, atop policies redistributing income and wealth more evenly. More might address inequalities in opportunity by expanding and improving access to healthcare, education, and other basic provisions like electricity (something over a tenth of us lack) and clean water (a third). Such action, in addition to their more immediate benefits, builds resilience to future catastrophes.

Covid-19 also presents an opportunity to hasten the process of emissions reductions, and stimulate efforts toward better maintenance of our natural environment.

Last month the International Energy Agency called for stimulus packages to promote low-carbon energy, yet current measures – despite their magnitude – look set to spurn this chance to rebuild chastened economies in a more sustainable manner. This is lamentable and might constitute another failure in governance as the effects of climate change, which will be borne disproportionately by countries in Asia, are felt. Yet there is time still for either existing packages to be amended or new ones issued to address such oversight.

For voters it is easy to get caught up by politicians’ promises of legislation that might better our lives in the short-term, even if it comes at the expense of the once once-in-500-years events that climate change will render increasingly commonplace.

But amidst our policymakers’ myopia we have the ability to demand governments do more to address the grandest of issues, whose effects we will suffer through the most. In our recent past we have suffered numerous existential challenges which spurred wanton destruction and death, from pandemic and poverty to war. We are now in another era of very acute – but still controllable – crises.

Covid-19 is today’s test, and provides numerous opportunities for our governments to prove themselves up to the task of protecting the public good. Those which succeed through this crisis will then have to prove themselves all over again when catastrophe strikes once more. Let the referendums begin.