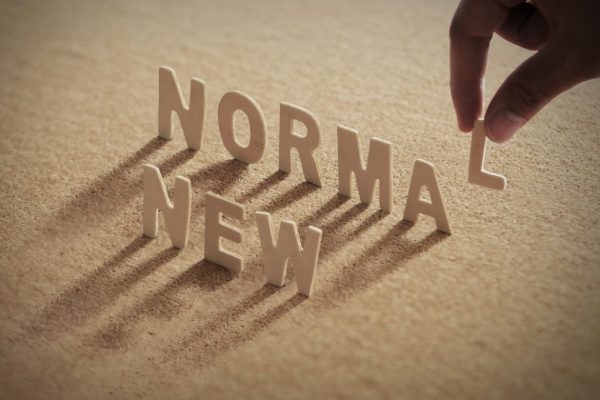 One year on – what have we learned from our Covid response?

It has been a year since we were introduced to the strange world of lockdown. With the rise of Covid-19 cases, particularly after the outbreak of the Sri Petaling tabligh cluster, the movement control order (MCO) was imposed by the government on March 18, 2020.

We were subsequently introduced to a flurry of terminologies, including “new norm”, “social distancing”, “SOP”, etc, that soon become the most commonly heard phrases, while the National Security Council (NSC) or Majlis Keselamatan Negara (MKN) also became a household name.

The role of the NSC in this crisis was called into question. Given that the nature of this crisis, a pandemic-induced one, differs from the usual traditional security crisis, it was not automatically thought of as a national security threat and the crisis response effort was initially led solely by the Health Ministry.

It soon became clear that the crisis response requires a more holistic approach, with the involvement of other ministries as well. In an article written last year, my co-author and I argued that “the battle against Covid-19 is no longer merely a public health issue. At this scale, there is no doubt that it is a national security concern that has a deep impact on our society and economy” and we called for a whole-of-government and whole-of-society approach in managing the pandemic.

This denotes that the crisis requires the effort and collaboration of not only all government agencies, both civilian and military, but also the private sector, civil society and the general public.

We went on to make a few proposals. Firstly, that private, as well as military, hospitals must join hands to help public hospitals in bolstering their capacity by sharing facilities, human resources and the burden of attending to patients (both Covid-19 and others).

Secondly, to issue a clear directive on the measures to impose social distancing among the population, cancellation of public events, travel bans, etc.

Thirdly, regulate that the production, distribution and pricing of essential goods, such as hand sanitisers, masks as well as other household goods, to ensure no shortages and that they can reach the most vulnerable groups, especially elderly and migrant workers.

Fourthly, step up communication efforts to combat infodemics surrounding Covid-19, and finally, ensure that marginalised groups, such as foreign workers, refugees, the stateless and prisoners are not ignored.

How did we fare, one year on?

Most of our worries have been proven to be right. Given the sheer impact of the pandemic on our society, the Health Ministry would not have been able to handle the pandemic single-handedly. In terms of the command structure, we opined that the NSC would be the best-placed agency to lead the crisis response effort. This, of course, requires close coordination with the other ministries, in particular the Health Ministry.

One year on, how have the government and the NSC fared in the crisis response towards Covid-19?

To be fair, the government has handled many of the situations well, despite the initial hiccups. Giving credit where it is due, the NSC did respond proactively and with agility to the crisis. A health task force was swiftly formed and integrated with the NSC. The NSC is also, in the efforts to communicate with the public on the crisis, employing social media, including setting up a Telegram channel, to convey important messages.

From an operational perspective, inter-agency cooperation, particularly with the establishment of National Task Force to coordinate Ops Benteng, which looks into the curbing of illegal border entry, both by land and by sea, as well as the joint operations to enforce the MCO on the streets, is a success worth applauding.

Unfortunately, there remain many missteps and missed opportunities. While the concerns by certain groups that having a greater military involvement will lead to ‘militarisation’ of the crisis response and misuses of power by the military has proven to be untrue, there have also been questions raised about to what extent security sector actors should get involved in dealing with the crisis of this nature, and the methods employed.

Firstly, it seems like our authorities preferred to use more blunt instruments with hard-hitting methods to achieve their goals, instead of a more targeted method or a softer approach. There seems to be an ingrained misconception that the bigger the hammer, the better the impact. This has led to many unintended consequences, such as the rounding up of MCO violators in confined spaces, which defeats the purpose of MCO in the first place.

As we know, our prisons are already very crowded, and the dire situation has led to many Covid-19 infections among the prison populations. Despite agreeing to the calls by civil society groups to grant release on licence to non-violent prisoners, the authorities have yet to do so, but instead have acquired former National Service Training Programme or Program Latihan Khidmat Negara (PLKN) camps as temporary prisons.

The imposition of hefty fines on the common folks, as well as the seemingly selective enforcement that turned a blind eye on some VIPs, has also caused many grouses, leading to grievances, such as the #antaraduadarjat narrative.

Secondly, the authorities have opted for a similar hardline approach with regard to border control by stepping up their efforts to push back boats and the deportation of immigrants. This approach, while warranted given the concern of the community on the spread of Covid-19, has, however, not taken into consideration the wider regional and humanitarian implication, given that a significant percentage of the migration and attempts at entry are done by refugees and asylum seekers who fled hardship and persecution at home. After all, the problem of irregular migration is not going away after we pushed them out of the door.

Thirdly, the communication and coordination among different ministries continue to be lacklustre, resulting in some flip-flop or even reversal of SOPs and policy announcements. The government did make some efforts in this regard, the most significant being the cabinet cluster system where four senior ministers are appointed to be the spokespersons for the respective clusters (Security, Economics, Education and Infrastructure Development) which, in theory, should help streamline the communication effort, but in practice, leaves much to be desired.

So, what could we have done better, and are the lessons learnt so that we can better respond to future pandemics?

Firstly, instead of acting merely as a secretariat and responding to the crisis as it develops, the NSC should instead see itself as an entity that formulates policy and strategy to respond to the pandemic in a more preemptive and proactive manner. Without a clear strategy and communication plan, the response efforts are sometimes felt ad-hoc and even self-contradictory.

Granted, as our system does not have a National Security Advisor-equivalent position like the United States, this responsibility falls on the lap of the prime minister. Having an empowered NSC can help advise the PM and execute our national security strategy, while at the same time allow for a more collective decision-making process among the NSC members on our national security matters.

Secondly, the NSC should also be empowered as the prime communication channel in times of crisis. The dual daily conferences by the Health Ministry director-general (on health matters) and the defence minister (on non-health matters) can be further improved by having a joint conference, or by appointing a spokesperson from the NSC to harmonise efforts by different ministries and minimise confusion. This arrangement would also ease the burden of the reporters who had to attend the multiple daily briefings.

Thirdly, prior to the pandemic, our NSC (which comprises the prime minister, defence minister, home minister, multimedia and communications minister, chief of defence forces, inspector-general of police, chief secretary and the NSC director-general) only sits four times a year. This means that the NSC was not able to respond to evolving development in a timely manner. Since the pandemic, the sittings are much more frequent. This is a good development and should be continued even after the pandemic is over.

Finally, this pandemic should be a wake-up call that the notion of security needs to be revisited. The composition of the NSC is also heavy on the security sector, as personnel such as the health minister, foreign minister and economic minister were not included.

We should bear in mind that security is no longer only confined to those in the traditional sense, such as inter-state conflicts, territorial disputes and terrorism, but also include other emerging security trends that require other expertise, such as pandemic response, climate security, food security and cyber threats.

As such, there is a recognition of the wider role of the NSC beyond traditional security, at least on paper. In reality, we might have fallen behind in our synchronisation effort. The NSC has a great role to play in this regard and needs to be empowered to do so. At the same time, the legislation needs to be reviewed to have the legal safeguard that its powers will not be misused.

This pandemic has provided us with an opportunity to reflect on our ability to respond to a crisis with a whole-of-society and whole-of-government approach. It is hoped that this crisis can become a catalyst to spur further thinking of our national security planning, as well as the relations between our military, civilian agencies and society as a whole.