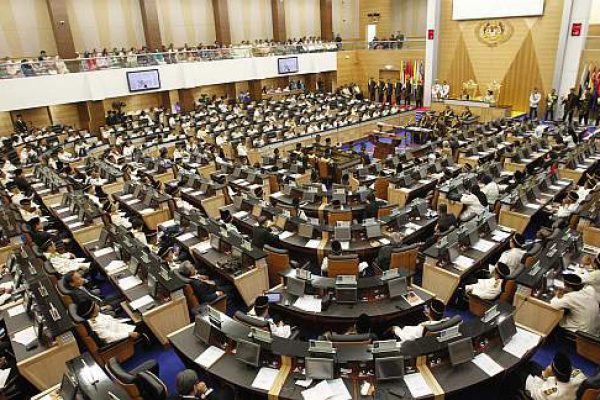 This announcement is seen as a positive step after the PAC function was facing a bleak future after the Perikatan Nasional (PN) took over on 9 March 2020.

PAC is an important committee in parliament tasked with reviewing the transparency of financial expenditure for each ministry and agency under the government. In general, PAC members represent the aspirations and hopes of the people to see the government spend their money transparently without leakage or corruption.

These reforms are done to ensure that the PAC can function independently when investigating government expenditure. Most importantly, the PAC needs to avoid affairs.

Risk of conflict of interest

Today, the Dewan Rakyat still maintains the practice of appointing opposition MPs to lead the PAC. Ipoh Timur Member of Parliament (DAP), Wong Kah Wong has been appointed PAC chairman to replace Datuk Noraini Ahmad who has been appointed as Minister of Higher Education.

However, some questions arose about the independence of new PAC members from the PN government when 7 of the elected PN MPs positions in federal government agencies or statutory bodies. This will create a risk of conflict of interest in the PAC which should be independent and transparent in investigating.

This means that almost half of the PAC members today hold positions in agencies and statutory bodies under the ministry. This situation will raise public concern in PAC and affect the expenditure of ministries and agencies under the government.

The question is, to what extent is the PAC review guaranteed to be independent and transparent if there is a chairman of a government agency who is also a member of the PAC? If the PAC is investigating the Mara expenditure issue, will the PAC deputy chairman Azizah Mohd Dun be excluded from the investigation?

This should not happen in a situation where the country and the people want parliament to function to ensure that today&#39;s government is transparent and with integrity.

On the other hand, it shows the weakness of parliament in the process of researching and reviewing a Member of Parliament before being appointed as a member of the PAC.

Dewan Rakyat Standing Order (SO) 77 (4) only prohibits members of parliament who hold the title of minister from becoming members of the PAC and does not specify specifically the best practices in ensuring PAC membership is free from positions in statutory bodies or government agencies.

Due to this relaxation, the appointment of new PAC members is still valid, but it certainly contradicts the aspirations of the people and the country who want to see parliament function freely and effectively to check the accountability of government spending, without any executive intervention and conflict of interest.

If the practice is not stopped and the Dewan Rakyat Standing Order is not amended to scrutinise the qualifications of a PAC member, then this committee is still exposed to issues of integrity and freedom and has the potential to become a “political tool” to cover up government misconduct.

In order to maintain the sovereignty of parliament and the independence of the PAC, it is better for the Select Committee to make a decision and review in the process of appointing PAC members.

It is so important for parliament to make amendments to the PMDR, to include rules or guidelines on the qualifications of PAC members who need to be free from holding any position related to a ministry.

For now, it is better if PAC members who hold positions in the statutory body or agency resign their position in the organisation if they intend to carry out their duties in the PAC independently. Otherwise, resigning as a member of the PAC is the best solution to show that they are independent and care about the integrity of the PAC.