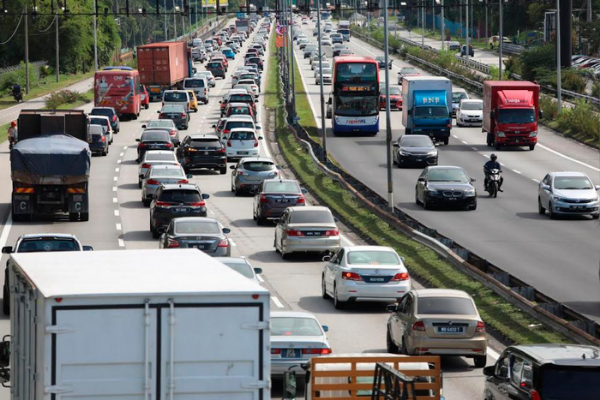 PETALING JAYA: Building highways, especially in urban areas, have been proven to provide only temporary relief before traffic increases to congestion levels once again, said Universiti Sains Malaysia transport expert Prof Datuk Ahmad Farhan, who added that it was always better to find alternatives to driving.

He was commenting on Works Minister Fadillah Yusof’s recent announcement that the government has approved proposals from the private sector to construct new highways in the Klang Valley to address traffic congestion.

Ahmad told theSun: “When a new highway is built, many will opt to use it and congestion will grow because of this, and others who decided to use it as an alternative to their regular routes which have become congested.

“Look at how the Damansara-Puchong Expressway, Kuala Lumpur Middle Ring Road 2 and several other city highways have proven this theory right.”

He added that the development of road networks was previously guided by the Highway Network Development Plan (HNDP) – an effort by the Works Ministry.

He said the HNDP would consider existing volume and forecast demand for an area and suggest road network alignments that cater to future traffic conditions to ensure all roads have a satisfactory level of service.

“These have been the reasons urban areas in Malaysia are facing congestion issues much earlier than expected. Unfortunately, instead of improving public transport, the government has opted to build more highways just like in the past, in the hope of relieving congestion.”

He said all new roads would be congested for longer distances in the future.

“This situation is not healthy or sustainable, and will worsen the environmental degradation of urban areas in Malaysia.”

“This predicament is all too familiar for Klang Valley road users as they have to tolerate endless road construction that would last for several years. To address the issue sustainably, we need to improve public transport and make it the more attractive option.

“Most MRT, LRT and bus stations are inaccessible and out of the way, which would require users to drive there anyway. This is counterproductive,” he said, adding the country needs pedestrian-friendly urban planning to promote the use of public transport.

“The public is unsure of the Covid-19 situation. Also, frequent LRT breakdowns and last-mile connectivity issues need to be addressed. Mobility services in cities are also important. We need a plan to enhance micro-mobility in the city centre so that there will be fewer cars on the roads”.