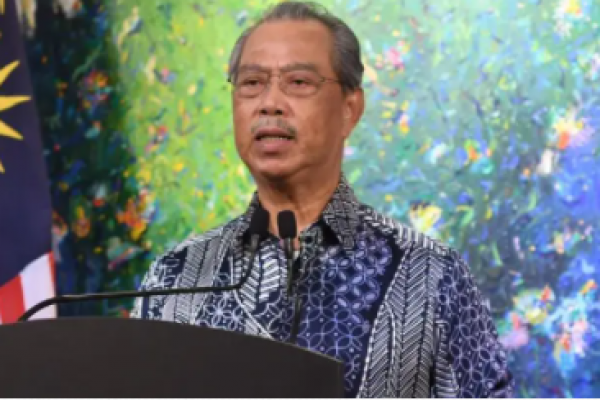 Yesterday, Prime Minister Tan Sri Muhyiddin Yassin, unveiled what the PN government dubs a National Recovery Plan. The plan has four-phases and highlights the government’s strategy to ease out of lockdowns, reopen social sectors, and parliament, as well. As it stands, the government aims to reopen Parliament in September and reopen the entire economy in December.

But does this plan address the issues that the country has faced over the past year and does it provide a pragmatic recovery solution to boost the confidence of the people?

He highlighted it is worrying that the plan merely repackages previous measures, and the mindset of implementing lockdowns until everyone is vaccinated remains. He stressed that we are facing a long haul ‘siege’ and to survive the pandemic, we cannot simply be reactive to circumstances.

Iskandar opined that there is lack of a dynamic response, and questions the appropriateness of using daily confirmed cases as indicators of when to reduce lockdown measures. Instead, more appropriate measures such as test positivity rates and death rates should be used. Citing New Zealand’s threat alert system, Iskandar suggests a more dynamic response using different threat levels and thresholds with respective implications rather than a linear timeline.

On reopening the economy, Iskandar stressed that blanket lockdowns are economically unsustainable. The nation needs proper deployment of Standard Operating Procedures (SOPs) to ensure the rakyat can carry on with their lives as normally as possible. Firstly, after multiple MCOs, the public is experiencing lockdown fatigue and subsequently complacency. This is exacerbated by double standards in SOP-enforcement and unscientific restrictions (e.g. reducing business hours from 10pm to 8pm). Secondly, even during the FMCO, current SOPs did not prevent new workplace clusters. Hence, the SOPs should be reviewed and updated based on the newest scientific findings, e.g. improve indoor ventilation.

In the past 16 months, education was severely disrupted with school closures coupled with difficulties in providing and accessing online education. Failure to address this will impact Malaysia’s talent pipeline and result in a lost generation. Iskandar warns that Malaysia will be disadvantaged compared to other countries that have addressed their education better now. Because there are digital gaps that cannot be bridged in the short-run, Iskandar recommends a hybrid education system with redesigned SOPs to facilitate physical interaction. Possible mission-oriented approaches include retraining workers from pandemic-affected sectors to be temporary teachers in the hybrid model.

Women and youth were among the hardest-hit groups in regards to employment, and the government has failed to address transitory unemployment. This refers to people who lost their jobs during the pandemic gaining transitory jobs before pivoting to a new industry post-pandemic. Using surplus labour in the short-run can facilitate the nation’s pandemic response. Referring to the already stretched healthcare system, Iskandar suggested retraining those who have been retrenched to assist in vaccination centres and isolation centres. He also mentioned decentralising centres could facilitate monitoring.

Last but not least, there is also an intentional delay in reopening parliament, even though we have the resources and avenues to conduct virtual sittings.

To conclude, Iskandar disagreed with the narrow mindset of choosing between lives and livelihoods. As long as the government is willing to spend (wisely), streamline ministries and agencies, follow the science and mobilise a whole-of-society collaboration, Malaysia can save both.