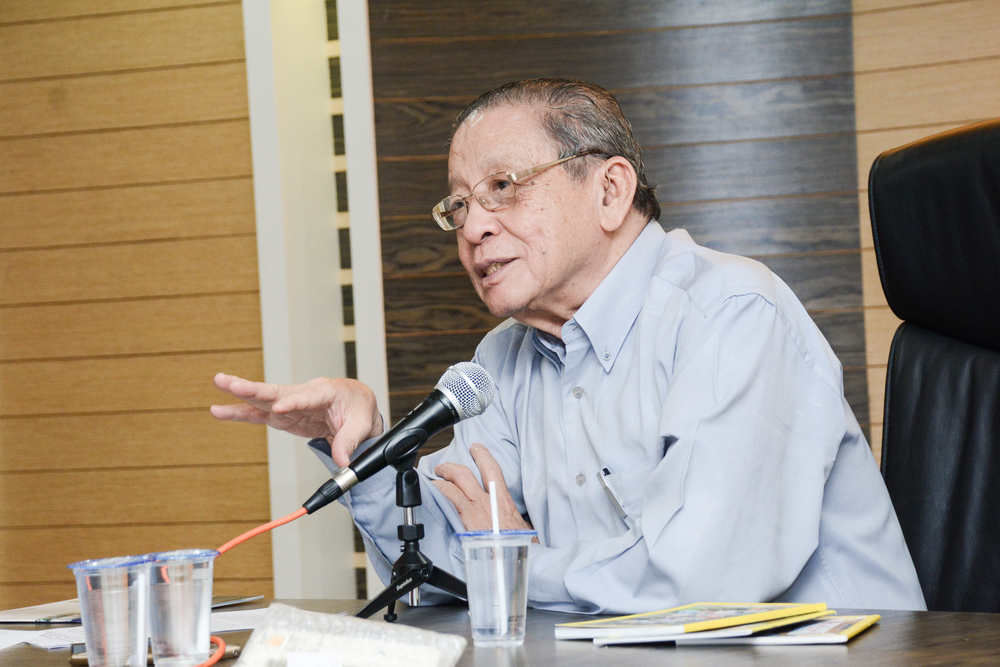 Muhyiddin should implement a new motto of “Act fast and do whatever it takes” and make public the comprehensive economic stimulus package on Friday and not next Monday to show the government’s seriousness, competence and urgency in dealing with the economic catastrophe of Covid-19 pandemic

The Prime Minister should implement a new motto of “Act fast and do whatever it takes” and make public the comprehensive economic stimulus package on Friday on not on next Monday as he announced in his live media conference on Monday to show the government’s seriousness, competence and urgency in dealing with the economic catastrophe of the Covid0-19 pandemic.

Muhyiddin was sworn in as Prime Minister on March 1; his jumbo Cabinet was formed on March 9, and it had its first meeting on March 11. Muhyiddin gave a live telecast on March 16 to announce the introduction of the Movement Control Order (MCO) on March 18.

Surely one month, or even three weeks or at least nine days were too long periods for the government to draw up a comprehensive economic stimulus packet to address the economic catastrophe of the Covid-19 pandemic which poses an existential crisis in the nation’s history?

We are in an unprecedented era of economic peril and I call on Muhyddin to make public the comprehensive economic stimulus package on Friday and not next Monday to show the government’s seriousness, competence and urgency in dealing with the economic catastrophe of Covid-19 pandemic!

What Muhyiddin announced two days ago in his live media conference, especially with regard to the proposal to allow EPF contributors to withdraw up to RM500 a month from Account 2 for the next 12 months beginning April 1 was a serious misstep, as it undermined public confidence and trust in his leadership at this dark moment of the national existential crisis.

This is why the trade unions in Sarawak and Sabah have criticised the move as ”irresponsible” and “morally wrong” and advised EPF members not to make the monthly withdrawal as nobody was going to take care of them in their old age.

Muhyiddin should hold a live telecast today to withdraw the proposal and substitute it with cash handouts not only to the 12 million EPF contributors, but to the greater number of the working population who do not contribute the EPF.

The Malaysian Government should consider measures to help businesses and workers like the UK Government plan to cover 80 per cent of workers’ pay, up to 2,500 pounds a month, amid the Covid-19 outbreak.

The UK Chancellor of the Exchequer Rishi Sunak pledged to do “whatever it takes” to save people’s lives, jobs and livelihoods through the coronavirus pandemic when he unveiled an unprecedented wage boost to his COVID-19 rescue package.

Or like Denmark, which is adopting one of the most radical economic plans in the world – for the government to pay business to keep employees.

To discourage mass layoffs, the government will pay employers up to 90 percent of the salaries of workers who go home and don’t work. The plan could require the government to spend as much as 13 percent of its GDP in three months—roughly the equivalent of a US$2.5 trillion stimulus in the United States spread out over just 13 weeks.

Muhyiddin should bear in mind the advice of the Danish Minister for Employment, Peter Hummelgaard: “ Do more—fast. Don’t wait. … Preserve the income and jobs for ordinary working people, and also preserve small businesses.”

The Malaysian government should also pay heed to the advice of leading world economists urging governments to bring out the “big artillery” to fight the economic fallout caused by the Covid-19 pandemic.

This is the time for unconventional policies such as “helicopter money”, where everyone gets a no-strings-attached handout and state investment banks provide unlimited emergency lending to firms.

This is to reduce personal and corporate bankruptcies, ensure people have money to keep spending even if they’re not working, and increase public investment and healthcare spending.

In this light, Bank Negara’s directive to banks to grant an automatic six months moratorium on all loan and financing payments, except for credit card balances, beginning April 1, is most welcome.

Muhyiddin should ensure that all his Ministers and policy advisers should read the latest eBook from the Centre for Economic Policy Research (CEPR) in formulating the comprehensive economic stimulus.

They must get ahead of the curve – to think ahead on both the medical and economic policies that will be needed in post-Covid-19 era.

More than 40 high-profile economists, including IMF Chief Economist Gita Gopinath and former President Barack Obama’s top economic adviser, Jason Furman, have contributed to the eBook which urge governments to act quickly and do whatever it takes to keep the lights on.

Entitled “Mitigating the Covid Economic Crisis: Act Fast and Do Whatever it Takes”, the leading economists of the world advocate using heavy fiscal firepower for a “whatever-it-takes” economic response to the COVID-19 crisis.

Though the economists say it’s still too early to tell how bad the economic damage will be, they’re certain it will be large – the pandemic is destroying lives and livelihoods around the world.

The measures necessary to contain the virus – quarantine, social distancing, school, university and daycare closures, shutdowns of non-essential businesses, and asking people to work from home – are bringing economies to a screeching halt.

“We are facing a joint health and economic crisis of unprecedented proportions in recent history,” writes Pierre-Olivier Gourinchas of the University of California, Berkeley, in a chapter on how to flatten both the infection and recession curves.

But there are fiscal policies governments can use to prevent or limit catastrophic collapses, which Gourinchas says are like the “intensive care units, beds and ventilators of the economic system.” For example, central banks can provide emergency liquidity to the financial sector.

To avoid deep, long-lasting damage to economies, governments will need to reduce the number of personal and corporate bankruptcies, ensure people have money to keep spending even if they’re not working, and increase public investment and healthcare spending, the authors write.

Put another way, they need to act now to “reduce the accumulation of economic scar tissue”.

“This is the time to bring out the big artillery; this is not a time to be timid, but to do whatever it takes, fast,” they write

Muhyiddin should be guided by the advice of these leading economists of the world, and not be timid but to do whatever it takes, fast.

He should ensure that all the lower-income households vulnerable to Covid 19 economic impact are helped.

Tan E Hun and Ivy Kwek, in an REFSA article on “We need to ‘flatten the curve’ of economic recession, now”, has called for a “massive intervention” of some RM150 billion to prevent the economic fabric of the nation from disintegrating.

Three Malaysian economists have criticised Muhyiddin for dragging his feet in the war against the Covid-19 pandemic, criticising his government as lacking leadership and caring more about placating investors than the people.

In an joint open letter to the Prime Minister, the three economists, Muhammed Abdul Khalid, Nungsari Ahmad Radhi and Hamdan Abdul Majeed criticised Muhyiddin of being still worrying about a balanced budget instead of reacting urgently.

They said Muhyiddin had failed to show leadership at a time when national unity is paramount, and has been ineffective in dealing with the crisis.

They said; “We are deeply concerned by the seeming lack of clear and coherent initiatives by the Government in light of the growing crisis.

“We were taken aback by the Treasury’s traditional balanced budget perspective as the rest of the world, especially East Asia, responds with a strong sense of urgency, recognising that this time it is different.”

They stressed that the Muhyiddin-led government must recognise that the nation is in a uniquely dire situation comparable to “war time”, and that it must do “whatever it takes” to prevail, including to splurge on spending to prop up the economy.

“Malaysians come first. We should mobilise all the country’s resources to do whatever it takes.”