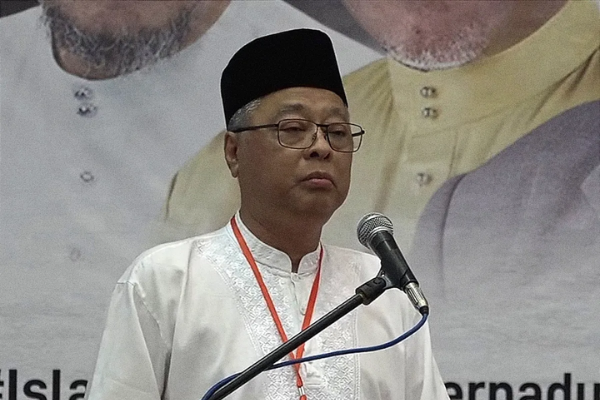 Malaysia’s Ismail is all talk on press freedom

SINGAPORE – Malaysia’s Prime Minister Ismail Sabri Yaakob recently extended an olive branch to the media on National Journalists Day to reiterate his view that reporters should remain free to operate without any interference from outside parties, thereby ensuring their constitutionally-enshrined freedom of expression.

“I can give an assurance that the government has nothing to hide in the dissemination of information,” said Ismail, who claimed that ministries and agencies under his administration had always cooperated with and never obstructed media reporting, while also acknowledging the press as a “fourth estate” that contributes to national development.

While domestic media workers were Ismail’s intended audience, the premier’s remarks could also be interpreted as a response to Malaysia’s declining position on international press freedom rankings since the reformist Pakatan Harapan (PH) government’s collapse in 2020, which cut short its bid to rescind and amend laws that restrict and threaten the media.

To strengthen journalism in Malaysia, Ismail proposed during his May 29 speech the establishment of a study center to boost media professionalism and formation of a new journalist association, suggestions that media experts have pushed back against amid rising calls for Putrajaya to formalize instead the creation of an independent media council.

“What does the PM think a journalism studies center can achieve when existing cash-strapped media advocacy movements have been doing similar tasks? Do we need a Malaysian Journalists Association when we have a National Union of Journalists?” asked journalism educator Eric Loo in a column disputing the notion that reporters in Malaysia are indeed able to operate freely.

Paris-based press advocacy group Reporters Without Borders’ (RSF) World Press Freedom Index 2022 ranked Malaysia 113th out of 180 countries in May. That marked a slight improvement over its 2021 ranking of 119, due largely to changes in the methodology used in this year’s index, with its overall score deteriorating from 60.53 to 51.55.

RSF’s evaluation reflects reporting conditions during the Covid-19 pandemic in 2021, when then-prime minister Muhyiddin Yassin invoked emergency powers to suspend parliament and decree a hard ordinance criminalizing the spread of “fake news” that empowers authorities to arbitrarily remove any report it regards as “false.”

In a statement, the media watchdog said Muhyiddin’s replacement with Ismail amid political turmoil last August “has so far had no significant impact on the working environment for media professionals,” pointing to instances in which reporters and editors have been subject to spurious legal challenges by government figures.

One such case has seen the chief commissioner of the Malaysian Anti-Corruption Commission (MACC), Azam Baki, initiate a defamation lawsuit against journalist Lalitha Kunaratnam, who published a two-part investigative report in October exposing conflicts of interest within the anti-graft agency, including Azam’s alleged ownership of two million shares in a publicly listed company.

The MACC leadership declared the claims to be “politically motivated” while a defiant Azam refused calls to go on leave amid the shareholding controversy after denying that he was the beneficial owner of the stocks. Azam claimed that the shares, valued at an amount far exceeding what civil servants are allowed to own, were purchased in his name by his younger brother.

Azam was expeditiously cleared by the Securities Commission, which said in January it was unable to establish conclusive wrongdoing in the case despite its admission that the trades were executed by Azam himself and not a third party. The MACC chief is now seeking 10 million ringgit (US$2.2 million) in damages from Kunaratnam, who has refused Azam’s demand to retract her stories.

“The legal action brought against Lalitha Kunaratnam clearly constitutes a gag suit with the sole aim of silencing any public debate and threatening this journalist with disproportionate legal costs,” said Daniel Bastard, the head of RSF’s Asia-Pacific desk, who added that the lawsuit “manifestly violates the mandate of the MACC, an agency that is itself supposed to investigate corruption cases.”

Other journalists in Malaysia face judicial harassment and intimidation, with some subjected to police investigations and summoned to provide statements on their reporting. Two journalists from news portal Malaysiakini were called in by police in May over their coverage of the death of a man in February who was allegedly beaten while in police custody and hospitalized.

Malaysiakini, one of the country’s most widely read news sites, was notably fined a record 500,000 ringgit ($120,000) by the Federal Court last February, more than double the amount prosecutors sought, for contempt of court concerning reader remarks posted in the comments section of an article, which moderators immediately removed upon being notified by police.

Malaysiakini’s editor-in-chief Steven Gan was also accused of contempt in the case but was acquitted. Gan was nonetheless questioned by police last May as part of a probe into alleged sedition, a crime punishable by up to three years in jail, following his criticism of the court’s verdict, which he said had a chilling effect on freedom of expression in Malaysia.

“While the rise of online portals has given a much wider space for media to operate in, continuous use of enforcement agencies to intimidate and threaten the press is still very much present in Malaysia,” said Raja Ahmad Iskandar Fareez, communications director at the Research for Social Advancement (REFSA) think tank.

“Malaysia still has a multitude of restrictive laws that stifle press freedom and freedom of expression. Broad and ambiguous laws are weaponized against the press. Naturally, this leads to many journalists and editors practicing self-censorship, particularly in their work reporting on race, religion and royalty,” he told Asia Times.

Iskandar added that the premier’s recent assurances to the press “must come together with concrete commitments to reform the media landscape,” such as by establishing an independent media council to advocate on behalf of media professionals and mediate legal disputes, an effort that was shelved after the collapse of the PH government.

“The media council will be a step forward in allowing for the self-regulation of Malaysia’s press while removing the involvement of the state in policing the media,” REFSA’s Iskandar added. “Without legal reforms to guarantee that the press can do their jobs without undue pressure from the government, Ismail Sabri’s assurances ring hollow.”