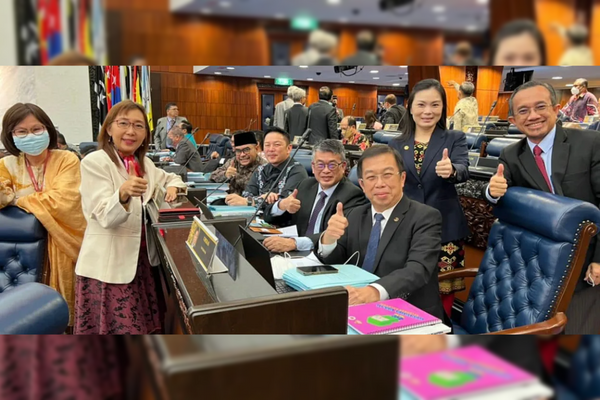 Malaysia’s Anti-hopping Law: Some Loopholes to Mull Over

Malaysia’s new anti-hopping law took effect on 5 October, five days before it was announced that the country’s Parliament would be dissolved. The law seeks to respect the mandate of voters, but it is not without faults.

Malaysia’s Prime Minister Ismail Sabri Yaakob announced on 10 October 2022 that Parliament has been dissolved, paving way for the 15th General Election to be held. With the announcement, the prime minister said that the “mandate is returned to the people”. The difference between the upcoming general election and previous elections is that a party-hopping law kicked in five days earlier, on 5 October.

Enshrined in Constitutional (Amendment) (No. 3) Act 2022, the anti-hopping law (AHL) provisions usher in a healthier direction in Malaysian politics. It seeks to condemn the betrayal of the trust of the electorate as seen in the recent example of the 2020 Sheraton Move, where a number of Members of Parliament defected from the ruling Pakatan Harapan coalition, thus triggering its demise. In fact, party-hopping has been rampant in the Malaysian political scene. The emergence of splinter parties such as Parti Keadilan Rakyat (PKR), Parti Amanah Negara (Amanah) and Parti Pribumi Bersatu Malaysia (PPBM) can be termed as a product of defection under standard AHL provisions. The problem with defection is the shift in the balance of power in governments, such as in cases of Terengganu (1961) and Perak (2018) where several defections of lawmakers toppled or installed state governments.

In essence, party hopping can subvert the mandate of voters. How effective, then, are the AHL provisions to prevent a scenario where lawmakers can reverse the electoral outcome? A thorough a reading of the provisions in the constitutional amendment throws up a few drawbacks to the Act which is open to abuse.

A political party can expel a Member of Parliament (MP) in its ranks when he or she conducts themselves in a position detrimental to the interests of the party. According to Article 49A(2)(c), a member of the Dewan Rakyat shall not cease to be an MP when he is expelled from his political party. The expelled MP is then free to join another political party. Nevertheless, this should not be seen as a loophole or as an “escape route” for errant MPs, as it protects the independence of a lawmaker to a certain extent.

Should the provisions be drafted where an MP automatically loses his seat after expulsion, it would give Zahid Hamidi, the President of the United Malays National Organization (UMNO), unfettered power over the party. There is also a danger when a political party amends its own constitution. For instance, the Democratic Action Party (DAP) has passed an amendment that any member of the DAP who is an MP, state assemblyperson or senator shall cease to be a party member if he fails to comply with directives issued by the Central Executive Committee (CEC). The danger of this remedy is that MPs will become yes-men to the party and lose their independence in representing their constituency.

The AHL still has a fundamental problem in the sense that it has the implication of producing rubber-stamp legislatures.  For instance, amendments such as that made by the DAP negates the escape clause in the constitutional amendment, the AHL can be used as a disciplinary tool to stifle party dissent. For example, in India, an anti-hopping law was used to serve the dominant party to enforce party discipline. The whip system in Malaysia is quite effective therefore there will be minimal chance that there will be backbench revolts that interfere with the dominance of the ruling government.

A major loophole that can be exploited is that anti party-hopping provisions cannot be invoked when a political party joins a coalition or leaves a coalition to join another. The exclusion of coalition hopping is provided in the illustration for the new Article 49A in the explanatory statement, which reads:

To put this in a practical context, there is no legal provision barring a PH component party to contest in GE15 with PH, with the PH manifesto and even PH logo on the ballot sheet. After the election, the party can defect from PH and join a BN-led government, and all the MPs in its ranks will get to hold on to their seats. The AHL considers such coalition realignments to be reasonable and permissible, but to informed observers, such a state of affairs is unpalatable as it violates electoral outcomes. In 2015, for example, PAS broke ranks with the DAP over the issue of hudud (punishments for crimes under the Islamic penal code) in Kelantan. This led to the collapse of the Pakatan Rakyat coalition. If such coalitional realignments are prohibited, sitting PAS MPs would have lost their seats and triggered by-elections. This would have violated the collective will of voters who had voted for the PAS MPs in the first place (just as the 2020 Sheraton Move violated electoral outcomes).

The AHL seeks to foster a political culture which seeks to respect electoral outcomes. It should be noted that the AHL, with its flaws, is the product of a compromise between various political parties seeking to garner the requisite two-thirds majority. As such, more needs to be done to fill in the gaps and understand the practical workings of the AHL to deal with the unpredictable Malaysian political climate.