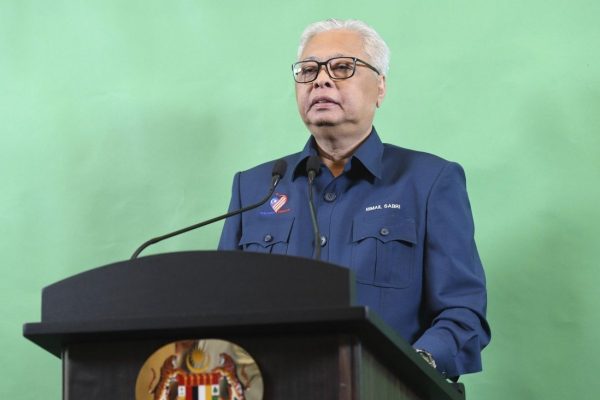 Political analysts said the manner in which Ismail Sabri treats the legislature could determine the staying power of his government, after Muhyiddin met his downfall partly by sidelining lawmakers during his 17 months in power.

The ousted leader had insisted on keeping the legislature closed from January to August amid a nationwide state of emergency that was declared to deal with the Covid-19 pandemic. In late July, he begrudgingly allowed a brief sitting but disallowed a debate on the emergency – incurring the wrath of King Sultan Abdullah Sultan Ahmad Shah, the opposition and even his own allies in the process.

That decision ultimately led to MPs pulling their support for Muhyiddin, with the king appointing Ismail Sabri as his successor on August 21 after determining through secret ballot that the latter had the backing of 114 of 220 MPs.

On Friday, Ismail Sabri said his cabinet had given the green light to a plan for sweeping institutional reforms including an anti-party hopping law, a 10-year term limit for the prime minister and a bigger role for the opposition in the law drafting process.

All indications however point to Ismail Sabri avoiding a confidence vote – despite the king previously saying this was a necessary step to indicate that the new government had legislative backing.

Malaysia’s Attorney General Idrus Harun has said a confidence vote would undermine the king’s prerogative powers by implying that “his sole discretion can be overruled by others”, further arguing that the appointment of a new prime minister needs no “legitimacy from anyone besides His Majesty”.

Pro-establishment lawyer Rosli Dahlan concurred, saying in a commentary online that the king’s constitutional power to appoint a prime minister is unconditional, and if called into question may one day lead to Malaysia’s model of federal constitutional monarchy being dissolved.

“Today, it may be something innocuous like testing support. Tomorrow, it could be something more. What if the conditions are that we dissolve the federation?” he wrote.

Political scientist Wong Chin Huat, on the other hand, said a confidence vote could be Ismail Sabri’s “golden opportunity to strengthen his position” – as a failure to test his support could invite the kind of scrutiny and pressure that led to Muhyiddin’s eventual ousting.

“It would not only lay down a convention for every new prime minister to seek and pass a confidence vote after swearing-in but remove any doubt of his legitimacy that can come back to haunt him later in his term,” Wong said.

Meanwhile, analysts said Ismail Sabri’s reform pledges – which are similar to those proposed by Muhyiddin in the final days of his premiership – will also be scrutinised during Monday’s parliamentary sitting.

The opposition three-party Pakatan Harapan alliance had rejected Muhyiddin’s advances, made after several allies defected from his caucus, but has entertained the idea of entering into a confidence and supply agreement with Ismail Sabri’s new administration to ensure political stability while the pandemic rages on.

So far, there have been no indications of whether such a pact will be unveiled, but Ismail Sabri and Pakatan Harapan’s top leaders on August 25 signed a joint statement stating they would cooperate on urgent issues such as reviving the economy.

Iskandar Fareez of the Research for Social Advancement think tank said the new prime minister signalling that he is open to bipartisanship should be seen as a good sign.

“Instead of being at ransom from your own party members or your allies, you reach out to different blocs and they can be collaborators or your strategic partners in pushing out reforms,” Iskandar said.

A stronger parliament would also bode well for Ismail Sabri, Iskandar said, describing a well-functioning legislature as “an insurance against a non-performing cabinet”.

Malaysia’s politics have been mired in turmoil recently partly because of the push and pull between the various component parties of the current ruling coalition. Muhyiddin only resigned after MPs from the influential United Malays National Organisation (Umno) – including the scandal-haunted former prime minister Najib Razak– quit his coalition and threw their weight behind Ismail Sabri instead.

There is also growing hope among lawmakers weary of Muhyiddin’s attempts to keep parliament suspended that Ismail Sabri’s promised reforms will materialise.

“Parliament can no longer be labelled as a tool by any party to legitimise anything that a party wants to do that is not related to the authority of parliament,” said Rais Yatim, speaker of parliament’s upper house, the Dewan Negara, at a swearing-in ceremony for new senators on Thursday.

Structural changes were required to ensure that “the conception of separation [of powers] truly exists and is respected”, he added.

Wan Junaidi Tuanku Jaafar, the country’s de facto law minister, has signalled that the executive branch holds similar views, as he previously noted that the current laws governing parliament were drafted before Malaysia gained independence from Britain in 1957 and were therefore “no longer suitable for the political landscape in the 21st century”.

Malaysia’s latest parliamentary session is set to run until December 16 and feature the putting forward of a new five-year economic development plan as well as next year’s budget – throwing the precarious state of the country’s coronavirus-ravaged economy into sharp relief.

Monday’s parliamentary sitting also comes amid rumours that Najib, the former prime minister, might be appointed as an economic adviser to Ismail Sabri.

Such a move is likely to be deeply polarising within the ruling coalition if it comes to pass, as the 68-year-old ex-leader is currently facing multiple criminal trials for his alleged central role in the multibillion dollar 1MDB financial scandal.

Najib was sentenced to a 12-year jail term in the first trial last year, but is currently out on bail pending an appeal. He still remains hugely influential within Umno.