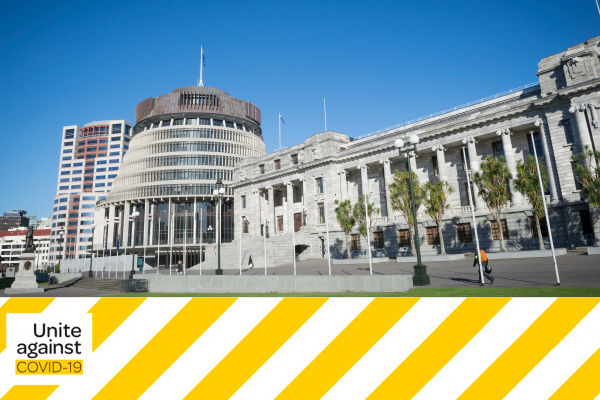 As the spread of Covid-19 became increasingly alarming, the government declared a nationwide emergency and movement-control orders (MCO) in several states to slow the rise in cases, now reaching nearly 3,000 a day.

There were questions when the government decided to suspend parliament during the emergency period. This action affected the process of checks and balances toward the executive branch in an effort to fight Covid-19.

So, what other options can be taken to ensure that governance is smooth during this emergency?

There is a proposal to create an Independent Committee to recommend to the Yang Di-Pertuan Agong that the emergency is ended early.

The role given to this Independent Committee is very limited. The committee should function as a body reviewing government policy to overcome the Covid-19 crisis. This role is more important when determining the period of emergency, which, ultimately, lies in the hands of the government itself.

New Zealand introduced “The Epidemic Response Committee: Covid-19 2020” in its parliament to continue the function of reviewing the governance of Jacinda Ardern, after the parliamentary session had to be postponed when “lockdown level 4” was implemented in the country back in March 2020.

The committee was led by the then New Zealand Opposition Leader Simon Bridges of the National Party. Of the 11 committee members, the majority are opposition MPs and minority parties in New Zealand.

This composition is designed so that the principle of check-and-balance can be carried out transparently without conflict of interest between government MPs and the cabinet. Indirectly, it shows the government’s commitment to recognising the role of the opposition in jointly managing New Zealand during the Covid-19 crisis.

The establishment of this committee is also an effective approach to constructive criticism of the government, to improve its Covid-19 crisis strategy.

The Epidemic Response Committee has discussed more than 12 areas covering education, health, employment, economics and Maori community relations. All the Select Committees in the New Zealand parliament are cooperating with this committee in discussing issues arising during Covid-19.

During the lockdown, committee meetings were conducted virtually, and involved the views of experts and stakeholders to examine the impact of the government’s policy on overcoming the crisis.

Ministers and members of the administration need to appear before this committee to testify on an issue.  All committee hearings and proceedings were broadcasted live on social media and mainstream platforms. It guarantees that every committee conducts itself transparently and openly.

This Epidemics Response Committee should be an example to the structure and function of the Independent Committee to be established here. A committee model from New Zealand has at least managed to lower the Covid-19 case rate and restore its country’s economic base well.

Focus on governance and strategy

Now, the executive body has so much power during emergencies without going through parliament scrutiny. Therefore, the function of check-and-balance should not be neglected so that the government does not use power beyond control, which can have a negative impact on the people and the country.

I am optimistic that the Perikatan Nasional (PN) government has no obstacles to improving on the Independent Committee as New Zealand has also set up similar committees successfully when they were at a critical time.

When the Independent Committee focuses on the review and constructive criticism of the management of the PN government, it provides insights that can improve plans and strategies to fight the Covid-19 epidemic.

If comprehensive planning between the Independent Committee and the government is able to reduce the spread of Covid-19, the emergency period can be terminated as soon as possible.

If the PN government is serious about forming unity and cooperation, the establishment of a parliamentary committee in overcoming the pandemic is the best platform for the government and the opposition to work together to manage the Covid-19 crisis for the welfare of the people.