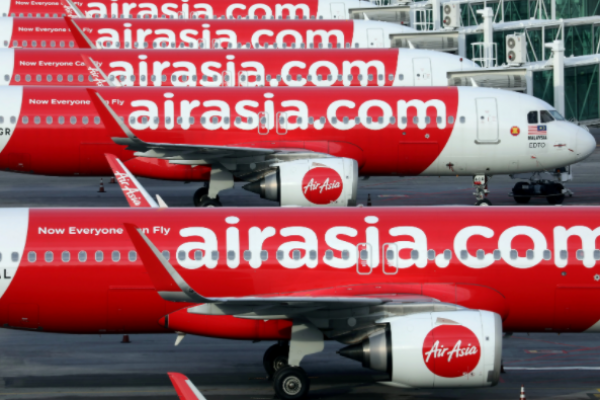 With air travel crippled by the Covid-19 pandemic, AirAsia led by its founder Tony Fernandes – often touted as the “Richard Branson of Asia” – has been vigorously stepping up the budget carrier’s year-long diversification plan.

As the pandemic’s true extent became apparent last May, the Malaysia-based regional budget carrier launched a food delivery business in Kuala Lumpur that gained traction among citizens who were at the time under a strict partial lockdown.

The endeavour has since expanded to other Malaysian cities and neighbouring Singapore, with ventures in other hubs in Southeast Asia expected soon. AirAsia’s future in doubt as auditor flags concerns on its ability to continue operating 8 Jul 2020.
Also in the works, according to recent interviews by Fernandes, are plans for offshoots in ride-hailing fresh grocery delivery air taxis, and drone delivery services.

Fernandes has long touted AirAsia’s large digital customer base that he hoped would make it a “super app” much in the mould of regional behemoth Grab.

Last week, Bloomberg reported that the company plans to raise as much as US$300 million to expand the airline’s digital business arm, AirAsia Digital.

In an interview with The Edge Malaysia published on April 4, Fernandes said his hope was to become “the best delivery guy in town”.

And in the face of a public health crisis that has ravaged its business – the company recently announced that it posted a record net loss of 2.44 billion ringgit (US$590 million) in the October-December quarter – the maverick businessman has maintained his trademark optimism.

“[There are] two ways to deal with life, you can put your head in the sand and cry and say life is unfair. Or we can go ahead and do something about it,” Fernandes said. “Why waste a crisis? We haven’t wasted this crisis.”

Industry observers who spoke to This Week in Asia acknowledged that AirAsia, like most of the world’s airlines, faces a long runway back to normalcy.

Intense competition from regional players like Indonesia’s Lion Air and the Singapore Airlines-owned Scoot had already been putting pressure on the company before the pandemic.

In the interim period, however, the experts said the budget carrier’s intensive efforts to reposition itself “as more than an airline” was one to watch, adding that it could be a model for other players with similar digital reach.

The premise behind AirAsia’s varied latest forays is simple: as Southeast Asia’s pre-eminent budget carrier, it claims to have the know-how, digital infrastructure and a 60 million-plus customer base to take on established players in the gig economy sector.

Touting its potential, Fernandes has said the AirAsia super-app will have a US$250 million turnover this year.

Nungsari Ahmad Radhi, a former chairman of Malaysia’s regulator for civil aviation, said he understood AirAsia’s rationale for seeking to expand its wings “horizontally and vertically” from its core airline business.

“They have brand recognition and a sizeable existing customer base,” he said.

Paulus said AirAsia’s purported entry into ride-hailing – revealed by Fernandes in the interview with The Edge – could also have benefits for drivers who currently have little power to negotiate their pay and other benefits given the limited number of players. The ride-hailing business in Southeast Asia is dominated by Grab, which took over Uber’s regional operations in 2018.

For Nungsari and others, the big question remains whether the earnings from AirAsia’s nascent digital ventures can keep the company afloat if normal travel remains suspended for the foreseeable future.

In the interview with The Edge, Fernandes himself conceded that this was not the case. “Am I doing digital to cover the gap? No,” he said, when asked if the new revenue stream would close the gap caused by fallen earnings.

“We’re doing digital because there’s an opportunity. Do I think the gap will be covered eventually, of airlines? It’s impossible to say digital is going to cover the gap now. Impossible.”

Nungsari said his concern was that the company’s airline business remained “a mess”.

The resilience of the carrier thus “depends on what sort of cash reserves they have and how much more they can raise”, the economist said.

Ultimately, a more immediate concern for AirAsia should be speed at which travel resumes in the region, others who monitor the aviation industry say.

The budget carrier predicts that resumption will begin some time in the second half of 2021, leading to a “full recovery” of its business within two years.

Yeah Kim Leng, an economist with Sunway University in Kuala Lumpur, said “the still high infection rates and slow pace of vaccinations in many Asian countries suggest that the aviation industry in this region will continue to languish at least until 2022”.

In the meantime, “regional cooperation to allow border openings and travel bubbles may alleviate cash flow problems and ease bankruptcy risks but not likely to restore industry-wide financial health”, he added.

Others like Faizal Yahya, a senior research fellow at the Institute of Policy Studies in Singapore, believe travel will not return to 2019 levels until at least 2024

“There is every reason to believe that air travel will never be the same again as what it was before Covid-19,” he wrote in a commentary on the CNA website this month.

And in such a scenario, it is likely that the AirAsias of the industry – which are consolidating and pivoting to new sectors either permanently or temporarily – will be the ones still afloat in the long term.

“In other words, in order to survive as an airline still in business come 2024, airlines can’t be airlines for a little while,” Yahya said.