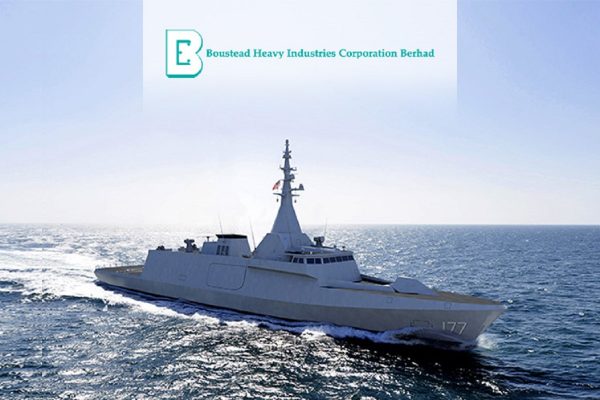 The Littoral Combat Ship (LCS) program is now at a difficult crossroad. The program was slated to see its first delivery in April of 2019, with the remaining ships being delivered every six months after that. It is now March 2021, nearly two years since the original due date, and it would appear no end is in sight for the troubled procurement project. As of December last year, the Minister of Defence has confirmed that while RM6 billion has been paid out, the first ship of the class is only 59.79% complete.

Even more worrying is the way the Government has framed the solution to the problem. Currently, two options are being mooted – either to terminate the project with the current contractor, or to continue it with the current contractor, Boustead Naval Shipyard (BNS). It was explicitly announced that the Government would not consider selecting DCNS Naval Group, BNS’ joint venture partner in the project and owner of the intellectual property of the LCS, as a rescue contractor. No additional money would be injected into the program, but rather the Government will only use the remaining RM3 billion of funds left to complete a minimum of two ships, a position which it considers realistic. The ceiling value for the project is around RM9 billion, of which RM6 billion has already been spent. Of the RM6 billion already spent, allegedly RM1 billion is unaccounted for.

This framing of the problem itself is fundamentally flawed for several reasons. The Government’s position reflects solely the bureaucratic and fiduciarily responsible position to take, which is to prevent further loss of value to the Government. While this imperative is not wrong by itself, it fails to account for the primary purpose of the procurement project – to give the RMN much needed modern and streamlined naval fighting capability. Whether the Government cancels the project, or only completes it with two ships accepted, it has failed to adequately answer the risks of either decision to combat effectiveness of the RMN, in a time where maritime security is increasingly being tested.

Bear in mind that the vast majority of the ships of the RMN are well over 25 years old. The whole reason the RMN embarked on the 15-to-5 program was to replace aging platforms considered no longer economically viable and obsolete. If the LCS project fails, it behooves us to ponder what the Government will do to offset the shortfall in capabilities. In the larger context of defence procurement, the Government also has to rethink the current long-term thinking as well. The five-year Malaysia Plans may not be an entirely suitable way to frame defence asset procurement given that most of them have service lives that stretch well beyond five years.

The proposed solutions also ignore another fundamental fact – that the supplier of the ships, BNS, as a subsidiary of Boustead Heavy Industries Corporation, which in turn is a subsidiary of Boustead Holdings and thereby the Armed Forces Fund Board (LTAT), is a de facto agency of the Government too. By turning a blind eye to BNS’ interests in the matter, the Government in effect would be allowing the sole entity capable of carrying out maintenance and repair procedures for the Navy and other maritime security agencies to fail.

As it currently stands, BNS’ financial position leaves much to be desired, and is a drag on Boustead Holdings as a whole. Reportedly, this has stemmed from a variety of factors, chiefly the need to service old loans from a previous abortive project, and lower cash inflows from reduced maintenance contracts. Without a more comprehensive rescue plan, regardless of a project continuation or cancellation, questions will inevitably arise as to BNS’ longevity as a going concern. If this is allowed to happen, the consequences would not only be towards the RMN, but also BNS’ parent companies, namely Boustead and LTAT. LTAT’s performance in the preceding years have left much to be desired as it is.

Secondly, the decision to exclude BNS’ French joint venture partner, DCNS Naval Group, from being a part of the solution also needs serious rethinking. While the Government’s intentions are noble, in that it wishes to build domestic design skills for the industry, it also needs to account for the fact that contractually, BNS must still answer to DCNS Naval Group for any design changes it makes. Naval Group is the design authority of the Gowind-class frigate and has the final say on its detailed design documentation.

The detailed design of the ship remains the major obstacle to its completion. It is essentially a blueprint that tells shipbuilders how to fit the ship’s various electronic equipment and fixtures to the ship’s hull. Without it, all of the ship’s fittings currently sitting in storage cannot be physically installed into the body of the ship. Given the pressing need to complete the project soon, the Government must consider an arrangement that more actively involves the design authority in order to expedite the completion of the detailed design, failing which delays will continue indefinitely.

To be clear, the LCS as a component of 15-to-5 is very much needed to fulfill the RMN’s requirements for a naval surface combatant capable of anti-surface, anti-submarine, and air defence missions at sea. However, this did not prevent the acquisition from being mired in political interference that has compromised its integrity. BNS was given the Letter of Award for the project on 16th December 2011 and signed the contract on 17th July 2014, yet the former Chief of Navy, Admiral (R) Tan Sri Dato’ Seri
Panglima Ahmad Kamarulzaman Bin Hj Ahmad Badaruddin publicly spoke about the 15-to-5 strategic plan in 2017, with the document being officially published in 2018. This indicates an ex-post rather than ex-ante justification for its procurement. Questions thus arise as to whether or not the design selected was based on its merits as opposed to lobbying by vendors.

Questions also arise as to the integrity of the project’s funding. On 11th February 2020, former Defence Minister Saudara Mat Sabu, I, and Tan Sri Ambrin Buang met with the PM to present the latest findings of the JKSTUPKK investigations on the project. Tan Sri Ambrin Buang found that approximately RM1 billion of project funds were unaccounted for. Dato’ Sri Ismail Sabri stated in December that an MACC investigation is underway, and so too is a forensic audit. We can only hope that the Government will take these investigations to its logical conclusion. Those who have acted irresponsibly must be taken to task; monies embezzled must be returned and then used to pay for the proper project expenses.

Yet, the spectre of corruption still looms in this affair. Beyond just holding people accountable, every effort must be made by the Government to prevent history from repeating itself. It is good that the Defence Minister has announced that BNS’s management and project team will have to be restructured in the event that the Government decides to continue the project. But beyond that, the Government must also reflect on its own errors in the endeavor.

In the larger context of things, how defence industry and procurement is conducted must change. The White Paper has outlined the need not only for a clear commitment of investment to defence acquisition but also a defence industry policy that is clear and sets clear rules of the road. If future projects are to be successful, the lessons learned from this episode need to be incorporated into these reforms, lest we repeat the errors of the past. We can only hope that the forthcoming defence investment plans and defence industrial policy will adequately address these concerns when they are released and debated in Parliament in the next two years.