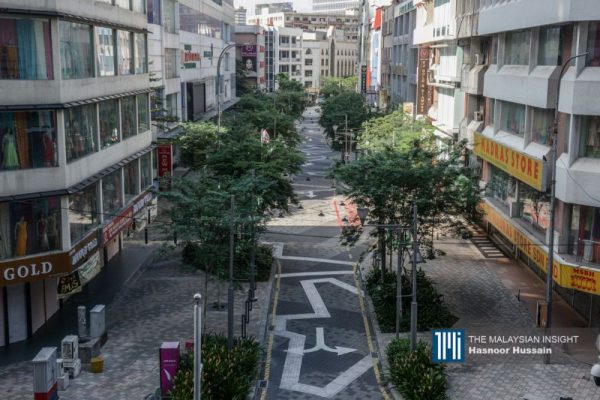 The latest Permerkasa Plus incentive announced by the government on Monday appears to be a “band-aid” rather than a long-term solution to problems caused by Covid-19 lockdowns, said economic analysts.

“The rest are just exemptions or postponements, with the loan repayment moratorium being the biggest, and borne by somebody else.

“A band-aid solution is not what we need. Malaysia needs a new comprehensive programme cognisant of the trouble we are facing collectively,” Hafiz said.

Universiti Teknologi Mara (Sabah) economics lecturer Firdausi Suffian said some of these larger issues include unemployment, which will rise whenever a lockdown is imposed.

He said while there are some allowances for the economic sector compared to the first movement control order (MCO) last year, the standard operating procedures (SOP) are still tight.

“As such, unemployment is expected to rise again as business volume and operating time is limited.

“Just imagine the tourism sector and other non-essential services sectors. To handle this, the government must roll out another wage subsidy programme temporarily to contain the situation, but even then, they are just temporary measures.”

Firdausi said informal sectors, such as agriculture, will face the biggest pressure as many workers are not covered by wage subsidies or unemployment insurance schemes.

“A lockdown for them means they will have difficulty putting food on the table.”

Firdausi said that it will take time for the economy to grow again as there are no “on-off” switches.

“Based on the past data, it took seven to eight months before the economy could reach the desired state.”

To deal with longer term problems and given the urgency of the situation, Hafiz said the government ought to be willing to see a bigger financial deficit.

“The government will need to ramp up its spending significantly by raising its deficit ratio from approximately 6% of 2021 GDP currently to 9%-10% or even higher, while making all the consequential legal changes.

“We need to do whatever it takes to resolve the crisis as soon as possible,” he said.

Calls for more spending have also been made by the opposition, Pakatan Harapan, which said the government’s RM5 billion package is insufficient and should be RM45 billion instead.

Although the actual monetary injection was just RM5 billion, it is about 0.4% of the GDP.

The package also was also in line with almost 80% of the Associated Chinese Chambers of Commerce and Industry Malaysia’s suggestions.

“The bank loan moratorium, although not automatic, does give some relief to small traders, hawkers and micro businesses as it will ease their cash flow, but overall, how well Permerkasa Plus will work will depend largely on the length of this lockdown,” said Lee.

As for unemployment, Lee is not expecting it to worsen but neither is he optimistic that it will improve according to the government’s predictions.

“During the first MCO, unemployment went to 5.3% and has since bounced back to 4.8%.

“Although, the government forecasts it to drop to 3.3%, we are not optimistic as it will be hard to recover the jobs that were lost.”

Lee said during the pandemic, some industries and companies have adopted technology to replace some physical roles and it is not likely that people will be brought back to these jobs after the lockdown.

One positive is that some of the unemployment in the first MCO was caused by the drop in global demand.

“However, exports have since bounced back, and I think any unemployment during MCO 3.0 will be limited.”

What is important, both Lee and Firdausi said, is for the government to boost mass testing and vaccination.

“The government needs to make testing more accessible and at a reasonable price for the people, regardless of income.

“With frequent and mass testing we can detect the virus early, with earlier detection we can undergo early isolation and reduce spread of the virus.”

For the economy to recover, Lee said that Malaysia needs to ensure at least 50% of the population have the first dose of a Covid-19 vaccine.

“This is the first step towards avoiding big spikes in infections again and in reducing the need for more lockdowns,” he added.

– Published in The Malaysian Insight on 2 June 2021. For News in Malay, read here.