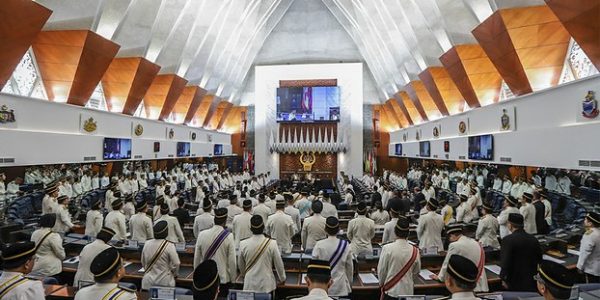 Lately, various parties have been urging the Perikatan Nasional (PN) government to hold a snap election to resolve the government’s political instability. Bersatu has had to fend off challenges by its coalition partner in Umno and PAS to challenge PPBM’s supremacy in the coalition, in which the prime minister, led by Bersatu’s Tan Sri Muhyiddin Yassin refuse to take part.

In this regard, national leaders have to be careful in making decisions to ensure that the country’s administration is stable and possibly avoid another political crisis.

In a country that has a competitive parliamentary democracy, any election results in the coming years ahead will not give two-thirds majority as we have witnessed over the past six decades. A snap election may not necessarily end with stability and a comfortable majority either, as the result may also lead to a hung parliament.

A similar situation happened in the UK when Theresa May, upon replacing David Cameron, decided to hold a snap election on June 8, 2017. She made the decision to seek a government mandate and majority in the parliament to support the Conservative’s Brexit agenda.

The formation of the minority government of Conservative – Democratic Unionist in the UK had a difficult time in facing pressures in the parliament which led to a defeat of the bill. On May 24, 2019, Theresa May resigned as prime minister and was succeeded by Boris Johnson.

The cost of the UK snap election was said to be around £140m but it has undeniably created quite an unstable minority government which has shaken up the Conservative Party. In reflecting UK’s Brexit experience, is the Malaysian government willing to spend as much money for a snap election when the people face Covid-19?

The 14th General Election cost is said to be approximately RM500 million, and according to Election Commission (EC) chairman Azhar Harun, GE15 will cost almost double the amount. Thus, holding an election in a pandemic would surely trouble the rakyat and sends a wrong message that political parties and leaders are, indeed, self-serving.

The Importance of Government-Opposition Cooperation in challenging times It is unfair to judge that lawmakers will find managing a minority government difficult without being fairly objective.

In Australia, the Liberal-National coalition government led by Scott Morison has 77 seats in the House of Representatives, as compared to the opposition from the Labor party, minority and independent parties and MPs who make up 74 seats. But, this difference of 3 seats seems to not be a problem for both governments and the opposition bloc to cooperate in parliament.

If the Australian government can cooperate well in parliament, why can’t the current PN government emulate this example?

The formation of a minority government provides an opportunity for parliamentary institutions to function effectively and restore check and balance. It also provides a platform for the government to work together with the opposition on matters of national interest.

The Pakatan Harapan (PH) government had a similar experience, but rather than excluding the Opposition entirely, PH took some of the Opposition’s proposals in amending the federal Constitution to reduce the minimum age voting to 18 years old.

Both parties were satisfied, and the amendment was passed without objection. This cooperation between the government and opposition is needed more than ever now, on the fact that PN is a minority government.

We know that any minority government, in this case PN will face various difficulties in the parliament due to the extreme volatility of political support. However, I do not see Muhyiddin Yassin should be concerned if the PN government could come up with a bill or a government policy that could convince all MPs especially those in the opposition.

For almost 7 months that the parliament has not met and amended any important legislations, including a special bill addressing the Covid-19, PN could spring a surprise this coming July.

The parliament’s delay in addressing this issue is alarming as the economic impact continues to make life even more difficult for the rakyat. Thus, PN should utilise the 15-day parliamentary session to discuss and amend any bills aimed at alleviating the rakyat’s suffering and fix the country’s ailing economy.

Ironically, both the government and the opposition still make parliament a political stage (sandiwara) for their own political interests. At the same time, Takiyuddin Hassan, in charge of parliament and law matters might be tempted to test PN’s legitimacy by carrying out a vote of confidence for the ruling coalition.

In this sense it is no different than a no-confidence vote. If the prime minister does not get enough support in this motion, then the PN government’s position will be jeopardised and a snap election could take place.

In conclusion, the PN government must do all it can in the parliament by introducing the right bills and amendments to help the rakyat and reduce economic burdens. They must also formulate a sound public policy planning which can attract the opposition’s support during the debate.

They must at all cost, pursue the right political desire and avoid any possible manoeuvres to hold a snap election, as it is high time, they bear true allegiance to the King and the rakyat by orchestrating good governance in the era of Covid-19 pandemic.