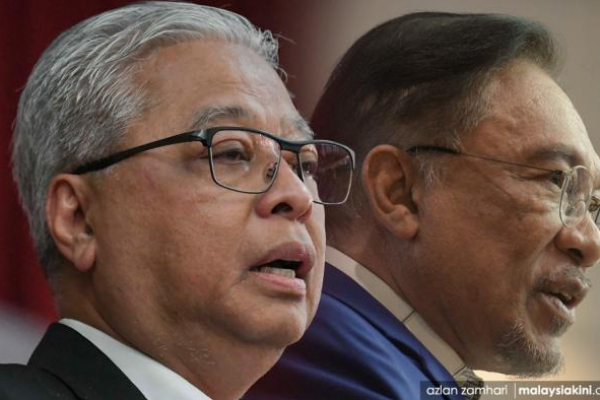 Ismail Sabri Front Runner as Next PM? Unity Government? What Next?

All eyes will be on Malaysia’s new PM. In his interview with BFM, REFSA Communications Director, Iskandar Fareez discusses the chronology of events that led to the unfolding of the current political impasse, what to expect from the possible new government, power struggles inside UMNO, and possible reforms to ensure a functioning political order.

Is bipartisanship the way forward?

Muhyiddin Yassin’s resignation is a culmination of a series of public backlash, demonstrations and political moves before he had no other choice but to step down. There has been a prevalent perception that the PN government had failed on multiple fronts – from poor pandemic management and its after effects such as economic failures, as well as the abuse of democratic institutions – which tarnished confidence in Muhyiddin and his leadership abilities. It appears that by the end of his political life, people had lost their faith in the PN government, and desired new leadership for the country.

The idea of a bipartisanship governance had been mooted before, but there had been no sincerity or openness to new ideas from the then PN administration. Its adamancy to stick with its tried and failed measures eventually made PN the most unpopular government in Malaysia’s history. By the time PN proposed a bipartisanship approach, Muhyiddin had exhausted all of his accumulated goodwill  due various factors – Covid-19 mismanagement, double standard SOP enforcements, and heavy handed authoritarian conducts.

On speculation that Ismail Sabri is set to become the next PM, the public perception will be as such that the new administration will be similar to the previous PN government. We need to be mindful that he was the Deputy Prime Minister when the PN government collapsed and the minister who was overseeing the National Security Council (NSC) – the main body responsible for coordinating pandemic management efforts. Under his supervision, there were unclear guidelines, flip-flop in SOPs, double standard enforcements and most importantly the controversial decision of not quarantining travellers from Sabah following the state’s snap elections.

In terms of cabinet composition, there is no foreseen difference from PN’s line-up. As the previous composition was formed to ensure PN’s survival, Ismail Sabri will likely follow such a formula to ensure power is distributed among his allies. This will ensure his survival in the upcoming vote of confidence.

“No winner takes all”

Importantly, the future PM should adopt a “no winner-takes-all” approach. Since there are no blocs with a clear majority, there is no better time for the potential PM to implement the right sets of institutional reforms to keep each player in check.

A first step can be taken by limiting the PM’s own executive powers while empowering democratic institutions like the parliament. The Parliamentary Select Committees can be led by a mix of opposition and backbencher leaders and strengthened with adequate resources and personnel for an effective bipartisan policy making. This move serves as one of the many safeguards to ensure everyone’s interest is aligned.

Malaysia inherited a legacy of a one-party state rule. But in reality, this era has passed and is no longer true today. In fact, Malaysia is already in a multi-party environment where no party can dominate one another.

Keeping with the times, a strong political will is required for the current cohort of politicians and eventually the entire political scene to change. Even an election may not change the composition of parliament, and we may end up back to square one after an election. Until these political parties rid themselves of a nonsensical pursuit of dominance, we will be trapped in a loop of political impasse forever.

Therefore the earlier list of reforms must be urgently implemented as a precursor to build a functioning government in the future, otherwise there will be continued distrust among formal political rivals against the upcoming PM.

A functioning and sustainable political order should be our long term aim. It will be a continuous process and contention of ideas, and we will invariably run into some setbacks, but as long as we persevere as a society, we will surely progress as one.