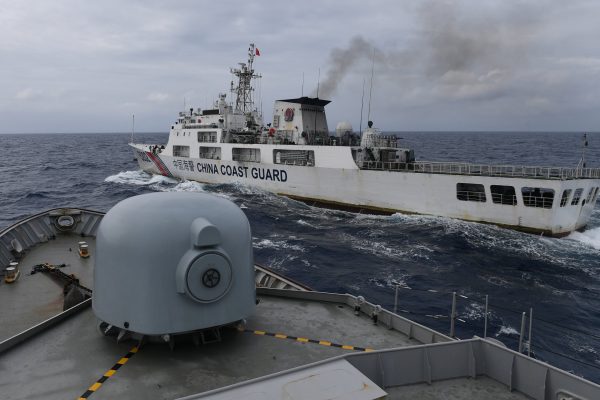 Is Southeast Asia waking up to the need for unity in South China Sea?

For years, the Southeast Asian countries that are party to the South China Sea dispute have faced criticism over their approach to advance their respective cases.

Malaysia, Vietnam, the Philippines and Brunei each contest China’s sweeping nine-dash line claim over the resource-rich waterway. Indonesia, while not a claimant, has also challenged Beijing’s efforts to fish in its waters, particularly in its economic exclusive zone off the coast of the Natuna Islands.

The five countries are part of the 10-nation Association of Southeast Asian Nations (Asean), which as a bloc is currently in talks with Beijing over a “code of conduct” in the disputed sea.

However, the contesting nations have what experts term “intramural differences” among themselves, diverting effort and resources on side rows, such as conflicts over illegal fishing – weakening the negotiations with China.

But some regional observers say plans for a maritime accord between Malaysia and Vietnam offer some optimism that the smaller nations are ready to put aside their relatively petty differences to confront Beijing’s military-backed assertions in the waters.

Mohd Zubil Mat Som, director general of the Malaysian Maritime Enforcement Agency, was quoted by local media on April 5 as saying that a memorandum of understanding between Kuala Lumpur and Hanoi would be signed this year to strengthen cooperation in maritime security.

The accord signified a thawing of relations that soured last August after a Vietnamese fisherman was shot dead after Malaysia’s coastguard attempted to inspect two Vietnamese boats deemed to be engaged in illegal fishing in Malaysian waters. Malaysian officials at the time said crew members aboard the boats had acted aggressively and thrown diesel bombs at them.

Mohd Zubil said the fresh pact between the maritime agencies of the two countries would “address the encroachment issue by Vietnamese fishermen, especially in the east coast waters”.

The enhanced cooperation between Malaysia and Vietnam, as well as a separate resolution by Malaysia and Brunei to move ahead with a joint development of oil and gas fields on their maritime boundaries, shows there are earnest efforts by Southeast Asian countries to close ranks, analysts said.

Murray Hiebert, the head of research at BowerGroupAsia consultancy and a veteran Southeast Asia watcher, said the development was to be welcomed, although he noted that Malaysia and Vietnam had “other issues” to resolve in the South China Sea – including conflicting claims.

Malaysia in 2019 filed a submission to the United Nations seeking to extend its continental shelf in the northern part of its waters – an area that includes waters claimed by Vietnam. The two nations had in 2009 also filed a joint submission for the southern part of the South China Sea waters.

Even so, the soon-to-be signed coastguard accord was a good start, Hiebert said.

“It would be useful in their dealings with China if Southeast Asian claimants could resolve disputes over claims among themselves as a model for how these nations could tackle overlapping claims with Beijing,” he told This Week in Asia.

Hiebert, who also serves as a non-resident senior associate of the Centre for Strategic and International Studies think tank in Washington, said Malaysia’s silence when Chinese coastguard vessels harassed Vietnamese boats in recent years did not help the smaller nations’ cause.

“In 2019 and 2020, the Chinese Coast Guard and maritime militia vessels harassed oil and gas exploration activities in the exclusive economic zone off the coasts of Vietnam’s Mekong Delta and the Malaysian states of Sabah and Sarawak,” he said.

“Vietnam strongly condemned China’s actions, but Malaysia was stunningly silent. Had both countries been able to find a common voice in criticising Beijing’s assertive behaviour, they could have been more effective.”

Ivy Kwek, research director of the Research for Social Advancement think tank, noted that there were already instances of maritime cooperation between Southeast Asian countries, such as the Trilateral Cooperative Arrangement between Indonesia, Malaysia and the Philippines – aimed at enhancing security in the Sulu Sea – and the Malacca Straits Patrol jointly undertaken by Malaysia, Indonesia, Singapore and Thailand.

These mechanisms could be further strengthened to resolve issues such as illegal fishing, a key cause for the internecine feuds among Southeast Asian claimants, said Kwek, a former political aide at the Malaysian defence ministry.

Some elements of the disputes among Southeast Asian countries could also be resolved internally – without China’s involvement – using mechanisms such as the United Nations Convention on the Law of the Sea (Unclos), she added.

China’s vast claims encroach the maritime boundaries set out by Unclos for all complainants. In Indonesia’s case, the northern reaches of the Natuna Islands within its exclusive economic zone come within Beijing’s nine-dash line. The Indonesian navy fired shots at Chinese fishing vessels and injured one person near the islands in 2016.

Oh Ei Sun, a senior fellow at the Singapore Institute of International Affairs, said it was his understanding that “a few” claimant states were hoping to see a more “en bloc” stance among themselves vis-à-vis China.

“But such a united front is difficult to build as China understandably prefers to deal bilaterally with each of them, and would only deal individually with them as such on the disputes,” he said.

But Brunei and Malaysia’s “unitisation agreement” earlier this month to jointly develop the Gumusut-Kakap and Geronggong-Jagus East offshore field – following earlier reports that a quiet row was growing between them over the plan – showed that the smaller neighbours could resolve their differences, Oh said.

The deal was formalised during a visit by Malaysian Prime Minister Muhyiddin Yassin to Brunei. The two countries later said the agreement provided “a positive momentum to the oil and gas cooperation between both countries”.

Oh said Brunei and Malaysia could use the playbook from this accord to resolve other differences. “If such negotiations cannot reach a consensus, the two countries can also submit their dispute for international arbitration or adjudication without prejudicial feelings,” he said.