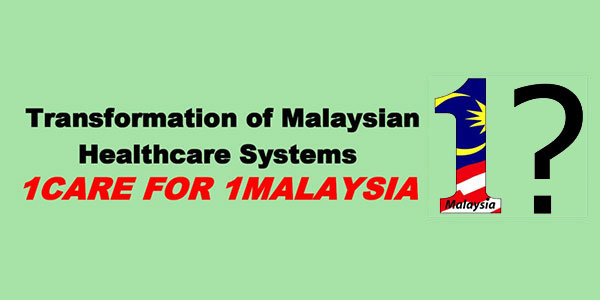 1 Care for 1 Malaysia: Indicators and Rationales for Health Care Reform in Malaysia

Since the attainment of independence in 1957, Malaysia’s health care service has been characterized by a mix of dominant public provision and significant presence of private services. Despite considerable changes over the past three decades, the dual system has made significant achievement with a total national expenditure less than the WHO recommended 5% GDP on health care each year. This is indicated in the country’s decreasing infant death rate, from 75.5 per 1,000 live births in 1957 to 6.8 per 1,000 live births in 2010, and improvement in life expectancy of male and female, from 55.8 years and 58.2 years in 1957 to 71.9 years and 77 years in 2010 respectively, which is above the world average of 68.5 years for males and 73.5 years for females over the period 2010–2013.

However, the government has recently proposed “1 Care for 1 Malaysia” to reform and restructure Malaysia’s health care system through replacing the existing tax-based funded system with a mandatory social health insurance scheme, which aims to “ensure universal coverage of healthcare services which can be provided at reasonable cost using available resources as optimally as possible in delivering continuity of care across programmes, across healthcare settings and across healthcare providers” (Ministry of Health 2010: vi).

What exactly are the challenges and problems of the existing dual system of health care in Malaysia? Will replacing the existing general taxation funded system with a mandatory social health insurance scheme solve these problems?

To know the analysis result, download the complete 23-page report “1 Care for 1 Malaysia”?. We believe that it is the first of its kind. Please read and share.