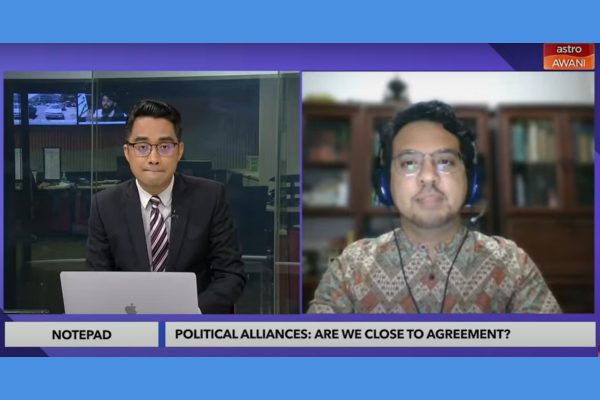 It’s Day 2 of Malaysia under a caretaker government. As lawmakers have their audiences with the King, the business of government continues on. Ibrahim Sani speaks with analysts Tricia Yeoh, CEO of the Institute for Democracy and Economic Affairs (IDEAS); Boo Su-Lyn, the Editor-in-chief of CodeBlue; and with Raja Ahmad Iskandar Fareez, the Communications Director for the Research For Social Advancement, on how things are progressing.

The conflicting claims by multiple sides indicates that no party seems to have the required 111 majority just yet. Regardless, this points the fact that Malaysia is already in a multi-party system. whether we are ready or not. To avoid repeating previous mistakes, the pursuit for cooperation rather than political dominance from aspiring PM candidates is of great importance and would be a welcome change moving forward.

The olive branch offerings by Former Prime Minister Muhyiddin Yassin, which was taken from various Pakatan Harapan parties’ proposals, has somehow altered the dynamics of negotiations among anti-PN groupings. While it was rejected wholeheartedly by the opposition, this could set the stage for a common platform essential to save Malaysian livelihoods and the economy.

However, the clock is ticking. The longer it takes for political elites to decide on the next PM, the longer it is for the rakyat’s issues to be placed on the backburner. Priming our healthcare systems nation-wide should be a main priority. On the political front, the main contention is the role of the PM, which as it stands is currently overpowered. The jostling for the position  has resulted in political instability during previous administrations, and if not addressed, will continue to be the thorn on the side of the incoming PM.

Political stability may still be elusive in the multi-party system, but it can lead to form a functioning political order. The new government will likely be made-up of former rivals. Thus, to maintain trust, new PM will need to strike a compromise with his or her future allies – reduce power of the PM and limit executive reach while empowering democratic institutions.

There also exists the dangerous notion that a stable government will be achieved once the pandemic ends and an election takes place. In reality, there is no guarantee an election can produce a clear majority. We might end up in a similar situation.

Thus, it is vital that institutional change takes place, or the country may head into a similar situation once again. Politicians must ultimately rid themselves of the political dominance mindset, both for the sake of theirs and the rakyat’s interest.