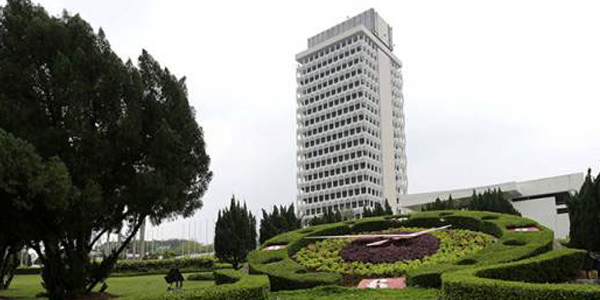 How Parliaments function in a time of crisis

Three days after becoming the Prime Minister of Britain, Winston Churchill attended a parliament session in order to get the House’s support for his coalition government as the nation faced World War II. He managed to get the full support from the Parliament to lead Britain in the war effort.

History has shown that the Parliament is an important institution in making decisions in time of crisis and war. Churchill could have ignored the Parliament when Britain was under attack by the German Nazis. Nonetheless, he concurred that a government needs the support from the Parliament to unite the people in the face of crisis.

Indeed, Parliament has a role to play even when a nation is in crisis. The cooperation between the Executive and Legislative branch must be stronger in crisis than ever in times like this.

In fact, we have witnessed Parliaments playing a bigger role in this Covid-19 pandemic. Across the world, many new approaches have been experimented by Parliaments to convene meetings to decide on bills and economic packages.

The Inter-Parliamentary Union (IPU) has compiled some information about the measures taken by countries which practice Parliamentary Democracy as the Covid-19 crisis worsens. Interestingly, some Parliaments have adopted technology in conducting their parliamentary businesses.

In Brazil, the congressmen and women have passed a resolution that allows the Parliament to convene in “long distance” mode via videos and virtual tools. This system allows the Parliamentarians in Brazil to register for debates and follow Parliamentary procedures that include details on the bills, amendments, speeches and voting tallies. Video of proceedings are also telecasted to the public through official channels and social media platforms.

The Parliament of Maldives, which is also known as People Majlis, also followed Brazil’s footstep in allowing their parliamentarians to debate through videos from their respective homes.

There are yet some that continue to sit as usual, with ‘social distancing’ measures taken into consideration to create a safer environment.

The UK Parliament continues its sessions by reducing the numbers of Members of Parliament (MPs) to 40 people, which is the quorum set by their Standing Order. Social distancing is observed as the MPs are seated away from each other, while the parliamentary staff work from home.

In New Zealand, the Parliament has set up a Select Committee for Epidemic Response. The Select Committee is made up of 10 MPs from various parties and is tasked to observe and monitor the Government in their management of the Covid-19 crisis. It also gives opportunity to backbenchers to be heard and to keep the Ministers in check through oral debates and written questions. They can either convene a physical meeting, or use video conferencing to conduct discussions.

Malaysian Parliament can do better

The use of technology in the 21st Century has taught us that the Parliament is not just a building. Parliament can sit anywhere using technology, especially when countries are faced with such unprecedented crisis like Covid-19.

In Malaysia, crisis management has been dominated by the Executive Branch for six decades now and this has made us forget the role of Parliament. This phenomena is very different from other countries that place emphasis on the role of the Legislative Branch even when facing a crisis.

According to Malaysia’s Federal Constitution, the Parliament is still the only institution that can approve the budgetary allocation of the Government. Article 102 states that Parliament may approve a sum that is needed by the Government in a critical situation.

There are some who are of the opinion that Parliament does not need to convene as Article 101 of the Federal Constitution gives the option of whether to approve the additional Supply Bill before or after the money has been spent. There are also some who claim that since the Parliament session for 2020 has not yet been opened by the King, a special sitting is not appropriate.

In 2016, the Minister of International Trade and Industry has called for a special sitting on 26-27 January to decide whether Malaysia should join the Trans-Pacific Partnership Agreement (TPPA). The special sitting was done before the opening of the annual Parliament session which was scheduled on 7 March. The joining of TPPA did not actually require Parliament’s approval, but it was done by the Minister to gain support from the Parliament in making the decision.

Hence, the claim that a special sitting to approve the Prihatin 2020 Economic Stimulus Package cannot be called can be easily refuted. The Perikatan Nasional (PN) Government has the choice to practise openness and accountability in their management of the Covid-19 crisis by discussing the approach, implementation and economic plans with Parliament.

There are also some who opine that the unwillingness of the PN Government to bring Prihatin 2020 to Parliament is out of concern that there might be attempts to bring down the minority Government.

In Canada, the minority Government led by Justin Trudeau has garnered support from all parties to execute their economic package. It has built a positive narrative about national unity through bipartisan cooperation in Parliament despite political differences.

Hence, any political games in Parliament at the moment is just not worth it. The focus of the debate must be on the Government’s explanation about the Stimulus Package in a manner that is detailed, accountable and effective for the interest of the people. The spending of such a big sum of money must also be scrutinised to ensure that there will not be any wastage.

There are many ways that can be considered by the Malaysian Parliament to ensure that the democratic institution that represents the people’s voice continues to play its role in this Covid-19 crisis.

Secondly, the Parliament can reduce the number of MPs that will be attend this special sitting. According to Article 13 (1) of the Standing Order of Parliament, the Parliament can proceed with a quorum of 26 MPs (excluding the Speaker). Hence, the special sitting can be attended with at least 30 out of the 222 MPs with representations that reflect the composition of the parties and by practicing social distancing while in sitting. The economic stimulus package only requires a simple majority.

Third, Parliament can utilise technology and telecommunication tools to conduct the special sitting, like in the case of Brazil, Maldives and Spain. Although we have never adopted technology in our conduct of Parliamentary businesses, this would be a good opportunity for us to experiment using technology to communicate during a crisis situation.

Covid-19 has given us many new perspectives on how Parliaments can play a role in time of crisis. Investments towards technology in conducting parliamentary duties in Malaysia is an area that warrants more serious consideration. It is not right that the Parliament is not involved in the discussion of a matter as important and pressing as Covid-19 that concerns the well-being of all Malaysians in so many ways.