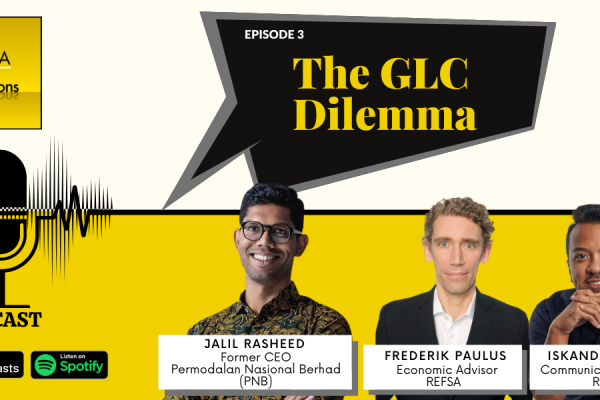 The government must take a new approach to solve problems by streamlining processes, as currently there are too many players involved and not enough focus on the actual problems at hand.

In pointing this out, former CEO of Permodalan Nasional Bhd (PNB) Jalil Rasheed said that the government puts too much emphasis on creating new bodies to solve different problems.

He called for Putrajaya to instead focus on the problem they are trying to solve and identifying the steps required to address it.

He was speaking as a guest on Research For Social Advancement’s (Refsa) “Reflections” podcast.

Jalil said that the government need not set up a new authority every time an issue arises, as that is the mentality that has created the current glut of government entities.

“The government must relook at every single agency in the country and ask themselves which of them are overlapping. I think the answer would be quite a lot.

“That’s where a lot of the inefficiencies start. For one sector or initiative, there are three or four different agencies with three or four viewpoints on how to solve a problem,” he said, adding that the goal or resolution had not been properly articulated by the government in the first place.

According to Jalil, this creates a situation where too many ideas are put forward and too much money has been spent without enough being achieved.

“I would start by addressing the particular issue first, consolidating things and making sure in each sector the problems we want solved are identified, and only then inviting people in.”

Another participant in the podcast, Refsa economic adviser Frederik Paulus spoke on the synergy that technology has created between GLCs and the private sector.

He said tech start-ups can be looked at as an example of the government creating and fostering an environment using GLCs that allows private companies to thrive and solve problems.

“When we look at the tech explosion over the last 10 years, a lot of that is based on publicly funded programmes. It shows the importance of such cooperation.

“The government is well placed to be a convener of sorts, they can bring together the right people and they can open doors. That’s where some GLCs can be a useful tool to build an ecosystem and unlock expertise,” he said.

Ep.3 “The GLC Dilemma” of REFSA Reflections is available here.